Get the app Get the app
Already a member? Please login below for an enhanced experience. Not a member? Join today
News & Media VFR Unleashed: Did I chicken out?

VFR Unleashed: Did I chicken out?

When we make conservative choices related to flight safety—especially those that lead us to terminate a flight short of our destination—there will be many opportunities to second-guess ourselves. Once we make a decision that eliminates or reduces risk and it costs us something, we will inevitably wonder if we played it too safe. 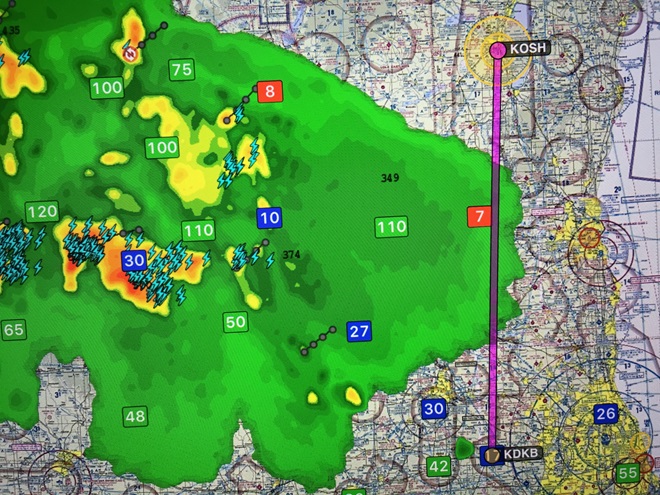 With only an hour and a half left to reach Oshkosh, Wisconsin, 40 miles of clear sky to the east of the impending storm system was very tempting. Many airports along the route offered easy options to stop short if the weather closed in too quickly. But with the storm historically advancing at 30 miles per hour, it seemed inevitable that Oshkosh was simply out of reach. Photo by Chris Eads.

In the last installment of VFR Unleashed, I told you about a very conservative decision I made to stop less than two hours shy of my destination, fully knowing that approaching weather would likely result in my being stuck where I did not want to be for quite some time. When I stopped for the night to address measurable fatigue, the skies were clear and cool. Oshkosh, Wisconsin, my destination less than 200 miles to the north, was within easy reach. But by the time I got a few hours of sleep, there would be a 600-mile-long storm system blocking my path. It would not clear quickly. I would be stuck.

The next morning, I woke before dawn and began to assess the situation. The decisions suddenly became even more difficult than the night before.

That nasty storm system was still out there, of course. But it had not yet reached across my route to Oshkosh. It wasn’t far away, but there was about 40 miles of clear sky between the edge of the storm to my west and Lake Michigan to the east. Could I make a run for it?

I immediately jumped in the shower and got all the essentials out of the way to make it to the airport for sunrise. With my bags packed and car keys in hand, I did one last check of the weather before leaving the hotel room. Hmmm….it was iffy. 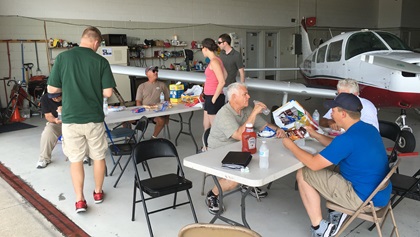 The terminal area forecasts were not helpful; they suggested marginal VFR conditions with “thunderstorms in the vicinity.” Yep. Already knew that. Some airports along the route were reporting ceilings around 1,700 to 2,600 feet. One was reporting IFR at 700 feet, and the one right next to it had ceilings at 11,000 feet. But to the east along the Lake Michigan shoreline, skies were clear.

I ran a quick calculation that may or may not have had any scientific reasoning to it. Looking at the history of the radar feed on a popular online tool, I assessed the rate the storm was moving eastward. As best I could tell, over the previous two hours, it had advanced at about 30 miles per hour. I had roughly 1.5 hours of flight time to Oshkosh. Factoring the short drive to the airport and an appropriate pre-flight inspection, I figured at least two hours would be needed to complete the trip.

Within those two hours, if the storm continued at its historic pace, it could cover 60 miles and easily close those 40 miles of clear sky well before I reached my destination. I certainly had no desire to get pushed out over the lake in a single-engine aircraft with no water survival equipment. But what if the storm slowed down? What if I would have enough time to get past it? 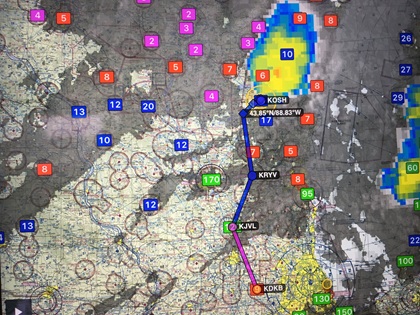 I could have just started the flight to see how it worked out. In many cases that would make sense, so long as one is truly committed to stopping again when conditions demand it. There were several airports along the route to stop short if the storm beat me to it, so it was not like I would be forced to complete the entire trip.

But since it seemed inevitable that I could not reach Oshkosh, I decided to stay put where I knew I had a good hotel, recreational activities to keep me busy, and a place for my aircraft that would be safe from the weather.

I agonized over that decision for the next several hours. Phone calls with a colleague who was already at AirVenture told me that the weather was perfect there until well past noon, long after the storm cells had closed the route between me and Oshkosh. He even told me he spoke with pilots who had launched that morning from the same airport where I was. While I chose to sit it out, other pilots had made the exact opposite decision and made it to Oshkosh just fine.

This is the agony of conservative thinking in aviation. When we choose conservatively, we may indeed miss out on the chance to achieve our goal when others succeed under identical circumstances. But since only hindsight is 20/20, we simply can’t see that while making our decisions.

I stayed stuck for the next 32 hours. The storms were impressive to watch, and they were severe. The following morning, an impromptu party at the airfield was formed by a whole gaggle of other conservative pilots who chose to be stuck like me. Low ceilings and poor visibility plagued us all morning as we paced back and forth waiting for the moment when we thought we had enough margin to our “marginal conditions,” and a few of us launched north together.

I have often wondered if I chickened out twice on that trip. Maybe I should have just pressed on that first night and fought through the fatigue for a nice landing at sunset under clear and cool skies. Maybe I should have ventured out the next morning to see if I could have beaten the storm as others clearly did.

I still wonder to this day. But as I said in our last installment, that’s the funny thing about making conservatively safe decisions: At the time we decide, we just don’t know how it will work out. 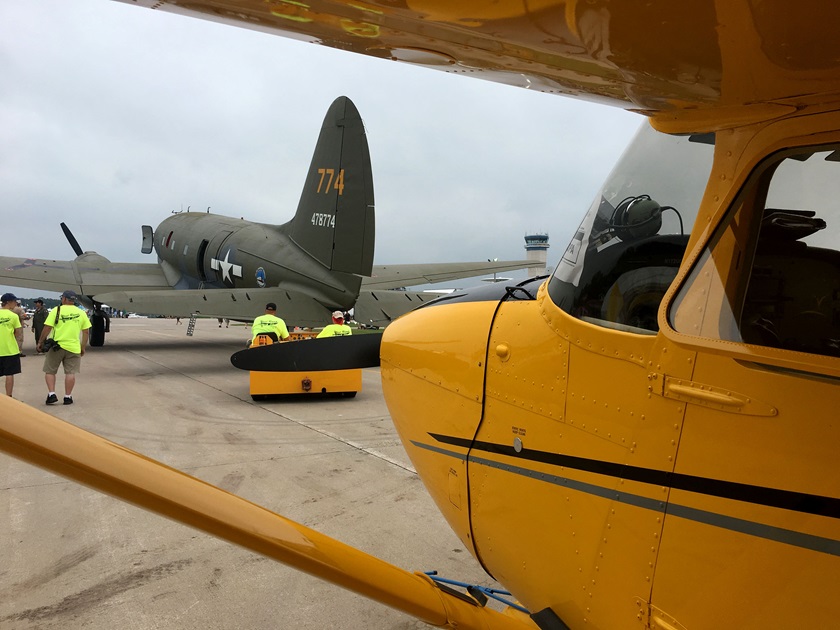 AOPA Senior Director, Outreach and Events
Chris began working for AOPA in 2013, but has been a private pilot and AOPA member since 2001. He flies VFR all over the country both for fun and as a part of his role leading AOPA events and regional fly-ins.
Go to Chris Eads's Profile
Topics: Travel, US Travel, Situational Awareness