Get the app Get the app
Get the latest news on coronavirus impacts on general aviation, including what AOPA is doing to protect GA, event cancellations, advice for pilots to protect themselves, and more. Read More
Already a member? Please login below for an enhanced experience. Not a member? Join today
News & Videos From the editor of Turbine Pilot: Viral downturn

How the COVID-19 crisis has affected GA

Economics has earned a title as the “dismal science,” owing principally to the theories of Thomas Malthus. 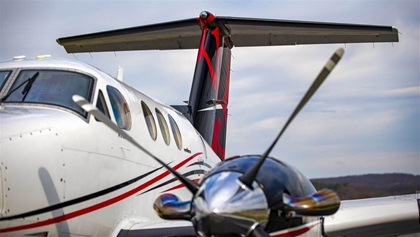 Economics has earneda title as the “dismal science,” owing principally to the theories of Thomas Malthus. Malthus thought man was locked in an impossible situation: Population would grow geometrically and food production would forever remain stagnant, with starvation as the inevitable result. That was back in the mid-1800s, but today’s experience with the COVID-19 pandemic can give us an example of today’s variant on a dismal set of interlocking events.

The pandemic has set in motion some unanticipated dynamics. Staying at home meant less travel, so demand for airline travel went south. This meant parked airliners and empty airports. Sales of new general aviation aircraft stalled, and some manufacturers closed their doors and furloughed their employees. Some switched to manufacturing protective face masks. Dallas-based charter operator JetSuite went bankrupt, grounded its fleet, and furloughed most of its pilots.

General aviation activity plunged as well, including turbine aircraft activity. That meant less business for FBOs—and their lifeblood, fuel sales. And with fewer airplanes in the sky and automobiles on the road, demand for fuel went into the basement. Refiners, stuck with a sudden surplus, cut production. And then came a March 2020 fuel price war between Russia and Saudi Arabia. Saudi Arabia wanted to cut its oil production to keep prices up. Russia wanted to keep production up to hurt Saudi Arabia’s market share—and U.S. shale-oil producers. The price war ensued, driving fuel prices even lower. Surplus fuel grew so much that there was no place to store it, so it languished in oil tankers.

Some airframers fared better than others, at least from this perspective written in mid-May. Bombardier, burdened by debt largely incurred in developing its C-series airliner, sold its remaining interest in that project to Airbus and the government of Quebec. Once the owner of de Havilland, Short Brothers, and a purpose-built amphibious water bomber—as well as a major manufacturer of rail cars and recreational vehicles—Bombardier is now focused solely on business jets, and its Global 7500 long-range jet has helped garner some $4 billion in revenue in the first quarter of 2020. Airbus is a beneficiary of Bombardier’s plight, having turned the C-series into its new A220 airliner.

Boeing, laid low by COVID-induced order cancellations and the grounding of its 737 MAX airliners, was hoping to expand its reach into the single-aisle airliner market but pulled out of a $4.2 billion deal with Embraer that would have given Boeing an 80 percent stake in Embraer’s airline division. It’s assumed that Boeing will seek a government bailout, and it doesn’t look good if you spend money merging with a foreign manufacturer.

Are there bright spots? Yes. For one, supersonic business jet firm Aerion announced it would set up shop at the Melbourne, Florida, international airport. This puts them on the same field as Embraer’s executive jets complex, which was not affected by the broken deal with Boeing. It’s a sign that just maybe the long-anticipated market for truly global, nonstop supersonic travel could be the next big thing in business jets.

Maybe it’s the unknowns about the pandemic’s course and the nature of any economic recovery that make our predicament most tense. Conventional knowledge is that the virus will recur later this year, and then perhaps once more. As for an economic turnaround, it seems doubtful that there will be a “V-shape” rapid upswing back to normal, if “normal” is a pre-COVID record high stock market. But any recovery will do, as long as it’s not of the dreaded “L” shape. The last time we had an economic downturn, in 2007-2008, it took us the better part of 10 years to recover.

What seems more certain is a release of pent-up demand for GA travel once we’re all done sheltering in place; have a vaccine; and walk outside, blinking in the sunshine. That can’t come soon enough.