Get the app Get the app
Get the latest news on coronavirus impacts on general aviation, including what AOPA is doing to protect GA, event cancellations, advice for pilots to protect themselves, and more. Read More
Already a member? Please login below for an enhanced experience. Not a member? Join today
News & Videos Epic Aircraft delivers first two E1000 turboprops

Epic Aircraft announced the first two deliveries to customers of its recently certified E1000 all-carbon-fiber single-engine turboprops in 2020 and returning to full operating capacity in May as the company responded to the impact of the coronavirus pandemic. 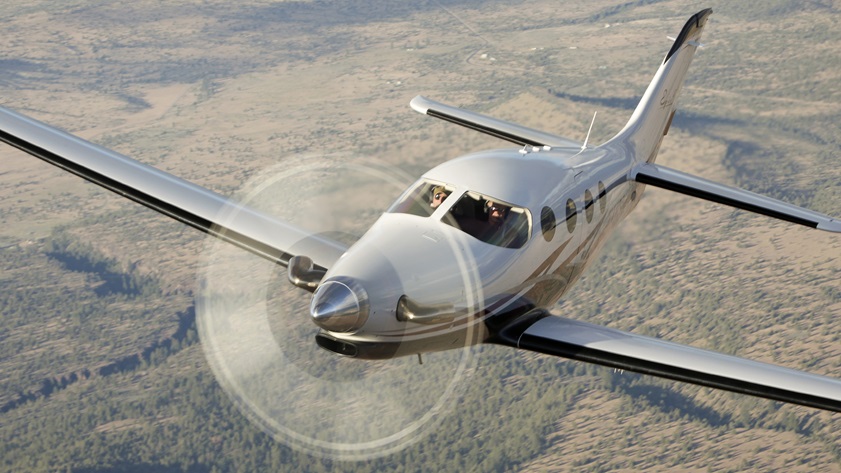 The certified airplane, which climbs at 4,000 feet per minute and has a full-fuel payload of almost 1,100 pounds, was certified in 2019 following an eight-year development program by the Bend, Oregon-based company.

The first customer aircraft was delivered in February and is being leased back to Epic “to support several priority engineering projects,” the company said in a news release.

The second E1000 was delivered to Lawrence Brooke, an entrepreneur in California, in late May following delays related to the pandemic.

“When I decided to purchase an Epic, I could see that this is the aircraft of the future,” Brooke said, commenting for Epic’s announcement of the delivery. “Nothing can match the combination of speed, range, payload, comfort, versatility, and affordability as an Epic E1000.”

The deliveries mark “a tremendous milestone for our company and our customers,” said Epic Aircraft CEO Doug King. “The E1000 is a remarkable aircraft and seeing the enthusiasm of our owners as they take delivery is extremely gratifying. This is the successful culmination of eight years of hard work, extensive investment, and a passionate belief in our product.”

Epic Aircraft said its operations are returning to full capacity with aircraft deliveries to be ramped up for customers in several countries who have put down deposits on an E1000.

“The challenges presented by COVID-19 have been unexpected and considerable,” King said. “But never underestimate the skills and determination of our dedicated staff, who have persevered, engineered, and improvised in order to keep our production lines moving, so we can deliver planes and meet customer expectations.”