Get the app Get the app
Get the latest news on coronavirus impacts on general aviation, including what AOPA is doing to protect GA, event cancellations, advice for pilots to protect themselves, and more. Read More
Already a member? Please login below for an enhanced experience. Not a member? Join today
News & Videos Training Tip: Two more reasons to avoid thunderstorms
Sponsored by Aircraft Spruce

Two pilots flying single-engine airplanes on summertime cross-countries made it onto the runways with convective activity lurking nearby—but the thunderstorms still “won” the race thanks to hazards that neither pilot was ready to handle. 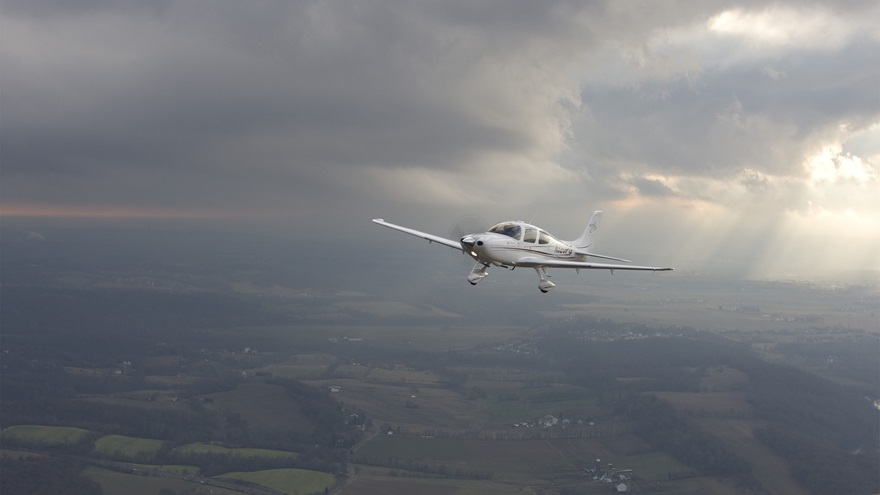 You have studied the best-known thunderstorm hazards: hail, severe or worse turbulence, wind shear, icing. And you’ve likely heard of the thunderstorm-avoidance rule of thumb of avoiding a cell “identified as severe or giving an extreme radar echo by at least 20 nautical miles.”

That implies you are maintaining a high level of awareness of in-flight weather and can keep your distance from convective chaos. The closer you get, the more the risks pile up—including two risks you may not have planned for.

One of those risks is forfeiting your best escape plan for when things get rough: the go-around. If a thunderstorm is close enough to the airport to cut off your escape, it doesn’t matter whether you are a 39-hour student pilot or a 5,000-hour airline transport pilot—you are in trouble.

A 39-hour student pilot was flying a Cessna 152 on a cross-country between two Florida airports in July 2018 when, just 54 minutes after departure, control was lost “while landing in a crosswind during thunderstorm activity.” According to the NTSB accident investigation, the student continued the landing, concerned that a go-around would take the flight into the storm.

A private pilot applicant will be tested on “meteorology applicable to the departure, en route, alternate, and destination under VFR” including hazardous conditions, among which are thunderstorms and microbursts.

The previous July, a thunderstorm prevented a 5,000-hour airline transport pilot flying a Beechcraft G35 Bonanza from going around on arrival at a Texas airport just an hour after departure. Lightning was visible in all quadrants.

“During the final approach, he thought the airplane was too high, and he considered conducting a go-around,” the NTSB said. “The airplane encountered a strong downdraft, heavy rain, and turbulence, and the pilot saw several lightning strikes ahead.”

Now the second risk, a waterlogged runway, became a factor. “The pilot decided to land and risk overrunning the runway rather than possibly entering the thunderstorm. Upon landing, the airplane overran the end of the runway, the second half of which had standing water on it, and then struck a berm.”

The go-around is taught as the gold-plated alternative to landing under adverse conditions—and usually it’s never too late to initiate one. Tangling with a thunderstorm is an exception to that rule and offers more reasons not to tempt fate.