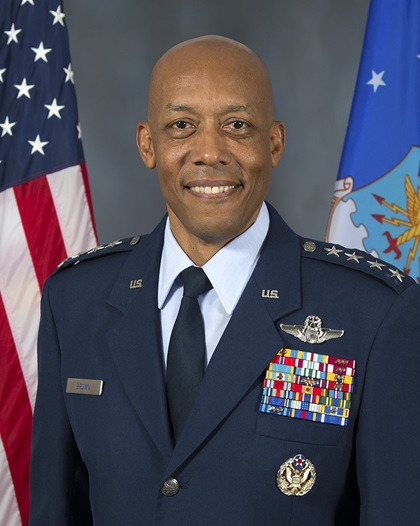 Millions of viewers watched a video Brown recently posted to social media about the challenges he faced rising through the military ranks as an African American.

Brown is a 1995 aeronautical science program graduate and a military pilot with over 2,900 flying hours—including 130 combat hours—the school noted. His recent post as commander of the Pacific Air Forces topped a career that includes directing the Pacific Air Combat Operations staff at Joint Base Pearl Harbor-Hickam, Hawaii, where he directed thousands of Air Force personnel at a base that prides itself on “maximum mission readiness.”

Embry-Riddle President Barry Butler said Brown was an “inspiration” to the school and praised him for his perseverance, achievements as a pilot and commander, and his continuing dedication to service.”

George Floyd’s May 25 killing by police prompted Brown to speak out about racial injustice. More than 3 million viewers learned of the pilot’s thoughts during a heartfelt video he posted June 5 as the nation grappled with civil unrest following the tragic death.

During the video, Brown spoke about recent protests and his own racial experiences that “didn’t always sing of liberty and equality.

He talked about the challenges he faced during high school, and into his Air Force career where he was questioned about his pilot qualifications by other military personnel.

Brown said he was pressured to perform “error-free” and to work “twice as hard” to address prejudiced expectations. Despite his stellar accomplishments, he said he still “may have fallen short” and pledged to work even harder.

“I’m thinking about how my nomination provides some hope but also comes with a heavy burden. I can’t fix centuries of racism in our country nor can I fix decades of discrimination that may have impacted members of our Air Force.”

He closed the video by vowing to make improvements. “I'm thinking about how I can make improvements personally, professionally, and institutionally, so that all airmen, both today and tomorrow, appreciate the value of diversity and can serve in an environment where they can reach their full potential.”