Get the app Get the app
Get the latest news on coronavirus impacts on general aviation, including what AOPA is doing to protect GA, event cancellations, advice for pilots to protect themselves, and more. Read More
Already a member? Please login below for an enhanced experience. Not a member? Join today
News & Videos Training Tip: Much ado about (doing) nothing
Sponsored by Aircraft Spruce 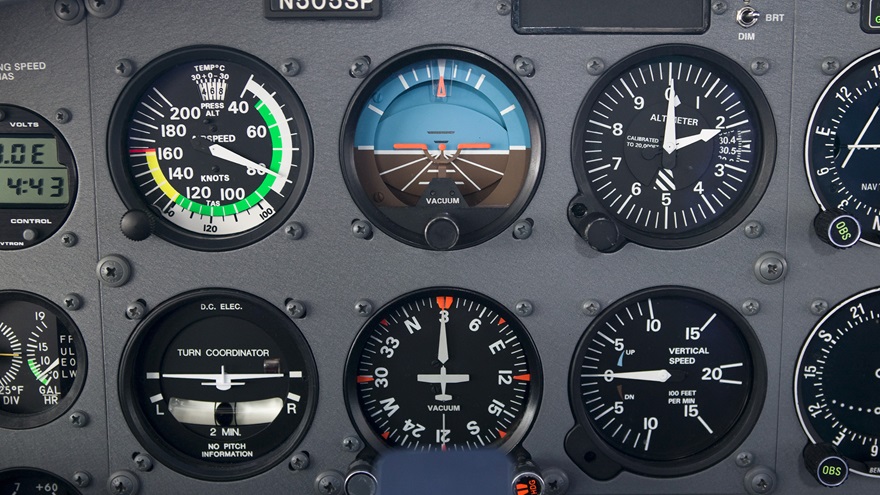 What's the most effective way to tell if you've successfully leveled off? It might not be on the instrumental panel. Photo by Mike Fizer.

Spot quiz: A reliable way to ascertain that you have leveled off properly after a climb or descent during cruise flight is to:

A. Check the airspeed.

B. Confirm no movement on the vertical speed indicator.

There’s nothing technically wrong with checking the airspeed as given in answer A, but that doesn’t give you all the information you are looking for. As for answer B, when is the VSI not in motion for more than a few seconds? Unreliable.

That leaves answer C, “Do nothing”—and please, no autopilot jokes.

Doing nothing is not always a successful formula in life, but an exception is the hands-off approach to flying an airplane straight and level. How else can you confirm that the combination of power, pitch, and trim you applied is working?

However, doing nothing only works if you know when to start. For example, a customary flaw in technique for pilots in training is to fiddle with the power and trim prematurely, let’s say during the level-off from a climb.

A private pilot applicant must demonstrate knowledge of how to operate aircraft systems including primary and secondary flight controls.

That bad habit thwarts success because if the aircraft is still accelerating after you trim, it will pitch up and climb again to maintain the airspeed it happened to be flying when you trimmed it. You detect the climb and react by lowering pitch or retrimming (or both)—initiating a fatiguing cycle that may continue all the way to the destination.

The insight that solves the problem is to wait after levelling off until the airplane has accelerated a bit before reducing power, then wait some more for it to reach the intended airspeed before fine-tuning trim. Finished? Now release the controls and observe the aircraft’s behavior.

In calm air you can fly hands-off for quite a time. Let the aircraft’s stability resolve the occasional minor pitch disturbance—good therapy for those who tend to overcontrol. A tap on a rudder pedal will correct a degree or two of yaw.

Flying hands off—or for those who overcontrol, learning to let go—makes you a safer, as well as a smoother, pilot. When troubleshooting systems, managing the cockpit, navigating, and communicating, you won’t unconsciously maneuver your aircraft off course or into a steep attitude if you are not clutching the controls.

The designated pilot examiner who administers your practical test also will appreciate your technique, making a positive first impression for the rest of the checkride.