Get the app Get the app
Get the latest news on coronavirus impacts on general aviation, including what AOPA is doing to protect GA, event cancellations, advice for pilots to protect themselves, and more. Read More
Already a member? Please login below for an enhanced experience. Not a member? Join today
News & Videos Florida's ACE school awards $110K in college scholarships 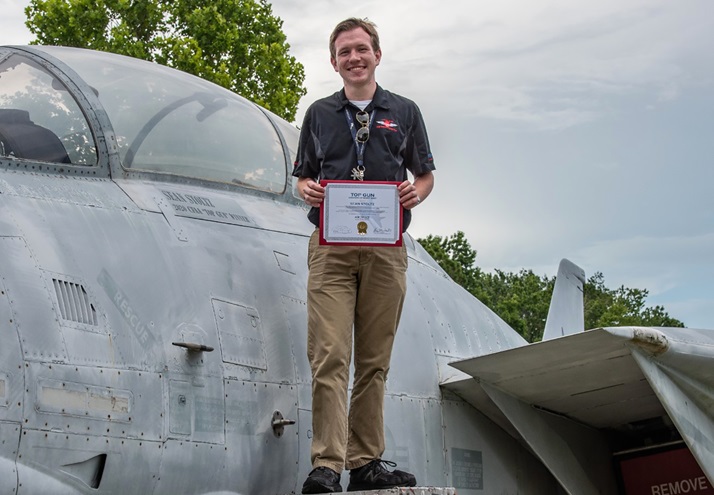 Lakeland Aero Club Vice President and graduating Central Florida Aerospace Academy student Sean Stolz was presented the Aerospace Center for Excellence Top Gun Citation of Merit for his outstanding scholastic achievements, exemplary character, and motivational leadership to student aviators. Photo courtesy of Sun 'n Fun Aerospace Expo.
Stolz was recognized by the Central Florida Aerospace Academy, which is closely affiliated with the Sun ‘n Fun Aerospace Expo. He was acknowledged for his “outstanding scholastic accomplishment, exemplary character and motivating leadership.” The graduating high school senior was recognized by the group as “an influential moving force in the future of the aerospace industry” for his community service and work ethic. He received a $5,000 Top Gun Citation of Merit award plus an additional $5,000 scholarship for winning the Catshot Award—named after the catapult device that launches aviators with their airplanes from the flight decks of aircraft carriers.

Stolz’s nameplate was added to the fuselage of a Grumman F–14 Tomcat military jet on display outside the school grounds to serve “as inspiration for the underclassmen” of the nearby learning institution. Stoltz plans to major in aviation meteorology at Embry-Riddle Aeronautical University while pursuing an A&P certificate.

A June 11 ceremony recognized all eight students with renewable yearly scholarships in amounts varying from $2,500 to $5,000 depending on their county of residence in Florida, with the larger awards going to Polk County residents. 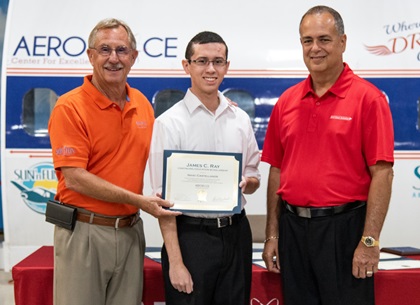 Financial donors included the Ray Foundation, which also helps fund the AOPA You Can Fly scholarships. 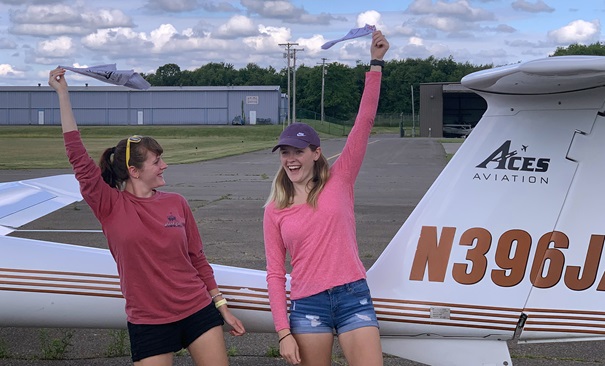 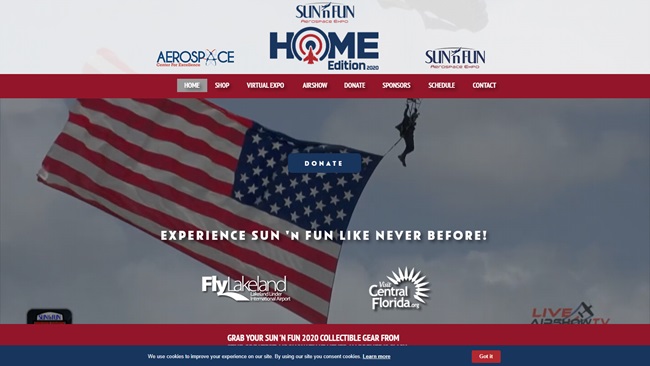