Slovenian airplane maker Pipistrel worked for several years to get an electric aircraft certified, and European regulators signed off on the first such type certificate June 10. 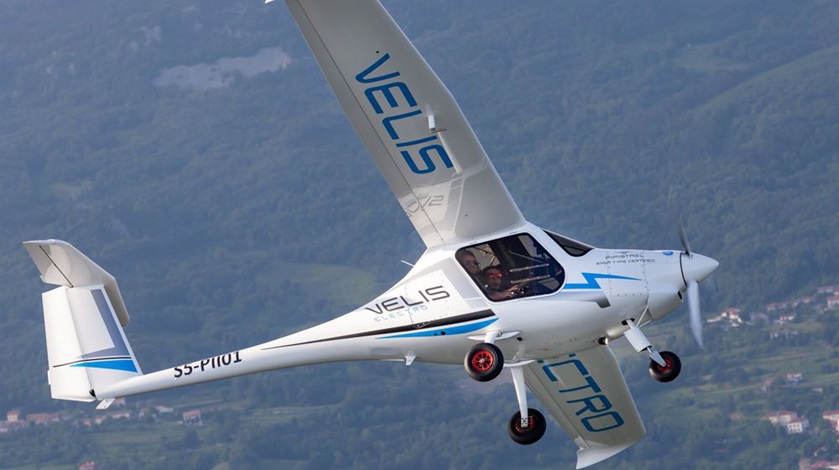 The Velis Electro is a two-seat, single-motor version of the Pipistrel Virus SW 121, which first flew in 1999 and is powered by a Rotax 912 S3 engine. Pipistrel has worked on electric aviation for many years, and flew its first electric two-seater in 2007. Pipistrel went on to win the NASA Green Flight Challenge in 2011, and has produced nine different experimental and serially produced electric aircraft. (The Velis Electro is a certified successor of the Alpha Electro.) The Velis was conceived as part of Pipistrel’s Velis Training System, designed to electrify flight training and reduce both carbon footprint and cost. The switch to electric power (stored on board in lithium-ion batteries that Pipistrel designed and produced) reduces the complexity and maintenance cost of the aircraft.

“The type certification of the Pipistrel Velis Electro is the first step towards the commercial use of electric aircraft, which is needed to make emission-free aviation feasible. It is considerably quieter than other aeroplanes and produces no combustion gases at all,” said Ivo Boscarol, Pipistrel’s founder and CEO, in a news release. “It confirms and provides optimism, also to other electric aircraft designers, that the Type Certificate of electric engines and aeroplanes is possible. The engine, which Pipistrel type certified separately, is also available to other aircraft OEMs. For Pipistrel, this achievement injects additional motivation for the future eVTOL and multi‑seat hydrogen-powered projects.”

The European Union Aviation Safety Agency approved both powerplant and aircraft in less than three years, a remarkable feat in itself because no regulator in the world had previously certified either an electric-powered aircraft or any aviation powerplant.

It remains to be seen what additional validation and testing the FAA might require before issuing a type certificate for the Velis Electro, or if Pipistrel will pursue that. The company noted plans to deliver aircraft to 31 Velis Electro customers in seven countries before the end of the year.