Get the app Get the app
Get the latest news on coronavirus impacts on general aviation, including what AOPA is doing to protect GA, event cancellations, advice for pilots to protect themselves, and more. Read More
Already a member? Please login below for an enhanced experience. Not a member? Join today
News & Videos NetJets takes training to 'gold standard'

Fractional giant NetJets announced that it has received FAA approval to conduct an Advanced Qualification Program (AQP) for its flight crews. 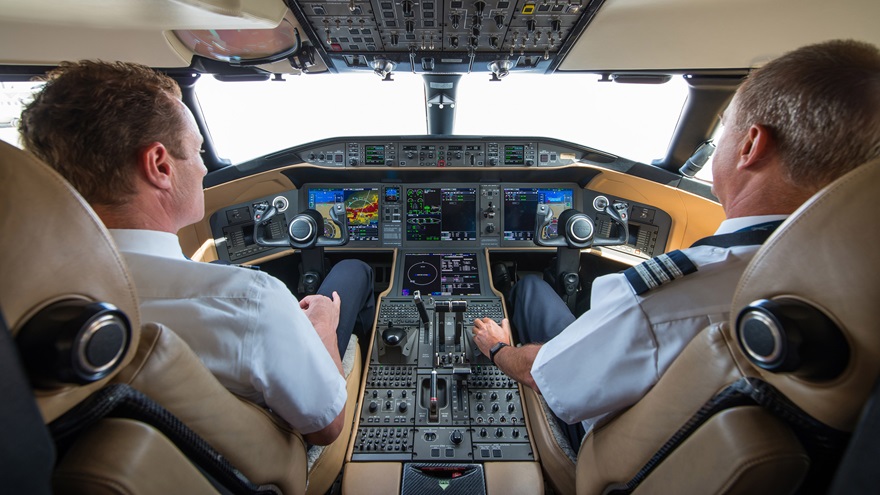 AQP training—set out in Advisory Circular AC-54A—goes above and beyond the standards required under FAR Part 121, Subparts N and O. It emphasizes scenario-based training, including line-oriented flight training (LOFT).

“This is the gold standard of the airline world,” said Chris Eastman, NetJets director of training and standards. “And NetJets is the first private operator to earn FAA approval for AQP. This will provide our pilots with the highest levels of training, checking and human factors education. It’s customized for our operations and for our individual pilots.”

The 2,400 pilots in NetJets’ FAA Part 135 charter and Part 91(k) fractional ownership fleets will participate in AQP training sessions on a regular basis at either three- and four-and-a-half-month or nine-month intervals. New pilot hires receive initial training leading to a type rating, then return for training at six-, then nine-month intervals.

The training is conducted over five days. The first day consists of classroom training focused on safety and security topics. The second day dwells on aircraft type-specific systems academics, and the next three are spent in FlightSafety International full-motion simulators. These are located at FSI’s John Glenn Columbus International Airport facility, near NetJets' headquarters. For the fleet’s Gulfstream pilots, training is near Gulfstream headquarters in Savannah, Georgia.

Scenario-based training situations change every training cycle, and there are elements of surprise. Standard training maneuvers—V1 cuts, a stall series, steep turns—may include anything but the typical drills. They may be interrupted by emergencies, or other unanticipated (and unbriefed) events. Five surprise events are sprung on pilots in one simulator session, and as many as 15 on the final day of simulator training. There are also training elements that conform to FAA directives concerning high-altitude upsets, stall recoveries, and other currently emphasized emergencies. To boost the reality quotient, FSI’s simulators have been modified to include a wider-than-nominal range of motion for upset training.

Before 2008, NetJets followed FAR Part 135 training standards, augmented with its own standardized lesson plans and flight manuals. In 2008, the company began using FAR Part 121-level standards in an ongoing effort to achieve optimal levels of safety. Today’s addition of AQP—along with the implementation of an Aviation Safety Action Program, a Flight Operations Quality Assurance program, and an Air Carrier Designated Examiner program—now “provides the highest possible standard of crew performance,” according to Eastman.

AQP training will begin for pilots of NetJets’ Cessna Citation Sovereign and Latitude airplanes. Pilots for the rest of NetJets’ 750-strong worldwide fleet of nine airplane types will phase in their AQP training in three-month stages. NetJets operates the Cessna Citation XLS, Sovereign, Latitude, and Longitude; Embraer Phenom 300; Bombardier Challenger 350 and 650, and Global 5000 and 6000; and Gulfstream 450.

AOPA Pilot Editor at Large
AOPA Pilot Editor at Large Tom Horne has worked at AOPA since the early 1980s. He began flying in 1975 and has an airline transport pilot and flight instructor certificates. He’s flown everything from ultralights to Gulfstreams and ferried numerous piston airplanes across the Atlantic.
Go to Thomas A. Horne's Profile
Topics: Training and Safety, Turbine Aircraft