Get the app Get the app
Get the latest news on coronavirus impacts on general aviation, including what AOPA is doing to protect GA, event cancellations, advice for pilots to protect themselves, and more. Read More
Already a member? Please login below for an enhanced experience. Not a member? Join today
News & Videos Training Tip: Slowing down speeds up a short approach
Sponsored by Aircraft Spruce

You are practicing solo in the traffic pattern of a towered airport when the controller, who has been clearing you for the option each time—throws you a curveball, adding the words “Make short approach” to the instructions. 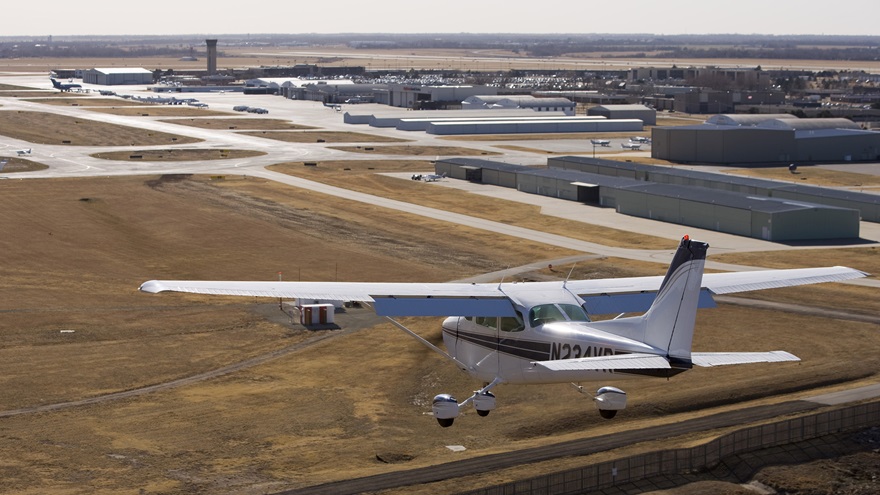 Don’t get caught off guard by this new wrinkle—or by other clearance variations such as switching from left closed traffic to right closed traffic, making a “low approach only,” or letting air traffic control call your base leg, to name a few possibilities—when flying the pattern of an airport with an operating control tower. Handling such clearances and learning to anticipate changes in ATC’s instructions based on traffic flow and the types of aircraft coming and going is the primary benefit of working with the control tower during your training.

The clearance examples given above change your flight path. A “make short approach” clearance adds a new element, calling on you to make your aircraft perform in a way that lets you land from “a short final approach.”

What’s a good way to accomplish a short final approach? Don’t rush things; focus on getting your approach airspeed and descent path established early. (The procedure won’t do anyone any good if you are so high on final that you overshoot the touchdown zone, or so fast that you float in ground effect, delaying touchdown.)

A private pilot applicant is expected to demonstrate understanding of towered and nontowered airport operations.

Let your aircraft do the work as it was designed. If you have developed the habit of landing mostly with partial flaps—a habit worth breaking in any case!—make this approach the exception, conditions permitting. Using full flaps and managing the descent with power adjustments gives you more flexibility to steepen or shallow the descent, allowing your aircraft to touch and go—or land and clear, if that’s the plan—well ahead of other arriving traffic.

Don’t confuse making a short approach with making a short-field landing. At a towered airport with a long runway, the first taxiway may be located several thousand feet from the threshold, so your short approach would fail to meet ATC’s needs if you still had a long way to taxi before being able to exit.

If you have flown in the traffic patterns of towered airports but have not had a chance to practice making a short approach under real-world conditions, there’s a solution for that: Request one.

A good time to ask is before takeoff, or when you are climbing back into the pattern following a touch and go.