Get the app Get the app
Already a member? Please login below for an enhanced experience. Not a member? Join today
News & Media Technology gaining traction, says 2020 Weather Survey

More pilots are relying on apps rather than a call to flight service when gathering their initial preflight weather information—but nothing beats a human voice on the line for checking remote-area conditions or getting a last-minute update, according to AOPA’s 2020 Weather Survey. 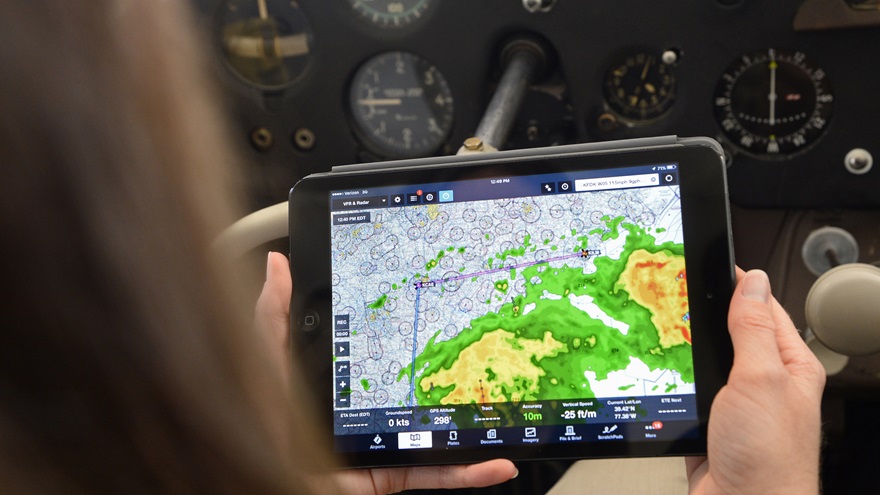 Pilots are increasingly relying on apps for weather data before flight, according to AOPA's 2020 Weather Survey. Photo by David Tulis.

The report, now in its fourth year, was published May 22. It confirmed a four-year trend of pilots migrating away from initial phone weather briefings and instead checking in with a weather app. The survey also measured how pilots prefer to update weather information when aloft: Use of the Flight Information Services-Broadcast (FIS-B) component of ADS-B has grown 13 percent since 2017.

The 2020 survey drew on data gathered from approximately 3,000 pilots nationwide and will be used to help AOPA inform stakeholders about general aviation’s needs and advocate for safety enhancements.

In Alaska, based on 221 responses, weather cameras were also popular for checking weather immediately before flight. The report supports the FAA’s plan to “continue to expand” the weather camera program beyond Alaska for coverage in remote areas.

The survey confirmed the well-known need to incentivize pilots to report the conditions they encounter by making pilot reports (pireps) to flight service or air traffic control—and according to a pirep survey AOPA conducted in 2016, “the most frequent requests were for an electronic means of filing pireps, and simplification of the procedures” for doing so.

“More effort on behalf of government and industry is needed to improve upon this situation,” the 2020 Weather Survey notes. “There is also strong support for new ways of filing pireps. In response to questions about willingness to file with an app or using avionics, 69 [percent] indicated they definitely or probably would submit a report using this technology, if it were available. A slightly smaller [percentage] (52 [percent]) indicated they would try voice recognition methods to file.”

AOPA strongly encourages pilots to file pireps, frequently pointing out that pireps have been flagged by the NTSB as an underperforming resource considering their high informational value.

Pireps get more respect in places where timely and accurate weather information can be scarce, like Alaska, however.

“From this year’s weather survey, we can see that Alaska pilots are more inclined to file an unsolicited pirep than pilots flying in the continental U.S.,” said AOPA Alaska Regional Manager Tom George. “But more outreach is needed to both groups to increase these reports that not only benefit pilots directly but have the potential to improve weather forecasts.”

Pireps as a ready-made safety enhancement could gain traction in the virtual sessions of the FAA’s Pilot Reports (PIREPs) Summit running June 16 through 25.

“The summit is where government and industry stakeholders are working toward the goal of modernizing and streamlining the entire pirep process from submission to distribution,” said Paul Deres, senior director of the AOPA Air Safety Institute. “That goal includes looking at advancements in technological solutions and updated education for GA pilots.”

The Air Safety Institute publishes a Safety Advisor titled “Pireps Made Easy,” which, like many of the institute’s educational products, upon completion qualifies you for the FAA’s Wings Pilot Proficiency Program.

The 2020 Weather Survey can be reviewed in a new page on AOPA’s website, along with past surveys on weather and pireps.