Get the app Get the app
Already a member? Please login below for an enhanced experience. Not a member? Join today
News & Media Pilot Briefing June 2020

GA fights for public benefit exemptions, accommodations
As the coronavirus pandemic alters every facet of life and how industries around the globe operate, the aviation sector is trying to find its new normal. The FAA has taken steps to address the heavily impacted operations of commercial carriers amid the COVID-19 pandemic. Now, general aviation continues to ask for the same treatment as it provides vital services to the public and economy while fighting a worldwide crisis.

Piper joins fight for coronavirus relief
Piper Aircraft prototyped a clear plastic face shield for a hospital on the front line of the coronavirus pandemic and quickly shifted some resources to manufacture personal protective equipment after the new product exceeded expectations.

When AOPA announced that the legacy software powering AOPA’s popular online flight planning tool would be discontinued by the end of April, information technology leaders at the association were already hard at work finding a replacement to meet the needs of AOPA members. The result is a new partnership with iFlightPlanner that combines a new technology platform with a core set of features that AOPA members have long been asking for. iFlightPlanner, an Ann Arbor, Michigan-based firm, will provide a unique version of its flight planning platform exclusively to AOPA members free of charge.

“AOPA is pleased to offer members access to a very capable web-based flight planner, customized with many features especially for AOPA pilots,” said Jiri Marousek, AOPA senior vice president of marketing. “Beginning April 21, members can use a customized version of iFlightPlanner accessible through any web browser on desktop, tablet, and mobile devices. We have been working with iFlightPlanner to offer several new features not previously available, including options free to AOPA pilots that are otherwise only included in paid versions of their products.”

The planner combines the newer technology and graphical capabilities of iFlightPlanner with a select set of features that were most commonly used by AOPA members in the legacy system. One of the most important additions will be a powerful web interface with FAA-produced aeronautical charts and other visual displays related to weather, airspace, and airport services designed to provide pilots the most current information to effectively plan their flights.

Based on a mobile-friendly web design, the system will afford users a fast and visually compelling environment that is constantly updated without needing to download current chart updates, weather, or other data. Members will be able to intuitively plan routes with click-and-drag “route rubberbanding” over high-resolution aeronautical charts. The planner also provides certified weather briefings and flight plan filing through Leidos Flight Service.

Through intuitive, easy-to-follow screen layouts in the program, users can manage their favorite airports, as well as customize routes, aircraft profiles, and planning settings. A wide range of color-coded icons provide quick reference for situations such as flight conditions or fuel prices along a route of flight. When a planned flight will begin to consume reserve fuel and when it will reach zero fuel also are graphically represented. Detailed navigation logs, an alternate airport finder, altitude comparison tools, fuel planning features, downloadable airport diagrams and procedures, and printable flight documents are among the many special features of the program.

Another important aspect of the transition to the new flight planner is the transfer of existing pilot profiles and information that is stored in the previous AOPA flight planner. All pilot, aircraft, and route profiles that members have saved in the existing system prior to April 21 will automatically transfer into the new iFlightPlanner version. This includes stored routes, flight plans, and custom waypoints that users have set up.

Special discounted pricing is available to upgrade into iFlightPlanner’s core and premium membership levels. Both levels include feature-rich electronic flight bag (EFB) functionality that bring the flight planning tool into the cockpit. iFlightPlanner Premium includes additional features, such as a weight and balance calculator, ADS-B In, georeferenced airport diagrams and instrument approach procedures, and a pilot logbook. AOPA members can expect to save 20 percent on the various pricing levels of these upgraded memberships, which are detailed on iFlightPlanner’s website (iflightplanner.com). 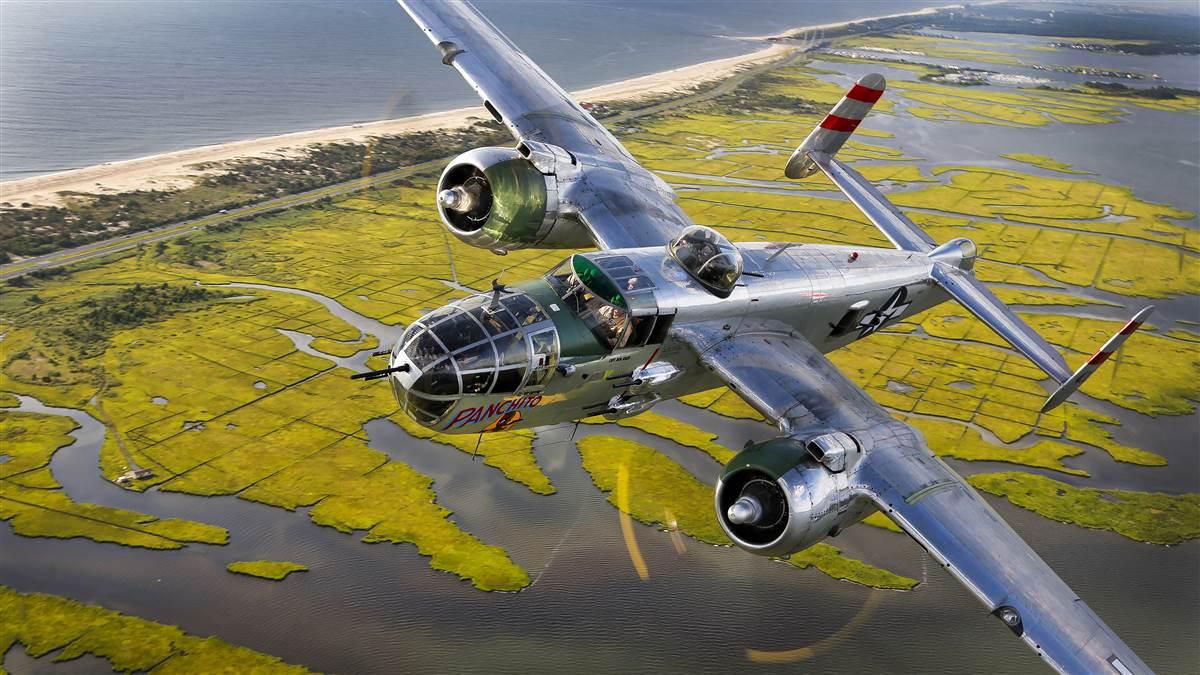 Kentucky pilot wins SIC rating in a B–25

The FAA has approved the first medical certificates for professional pilots who depend on insulin to control their diabetes, a policy years in the making that builds on the success of a similar policy for private pilots. Following several years of literature review, analysis, and consultation with diabetes experts, the FAA has issued medical certificates under special issuance authorization to the first commercial pilots who use insulin to treat diabetes. These new issuances are the result of an exhaustive process of review of data, particularly the technology and accuracy of continuous glucose monitoring (CGM), which has significantly improved diabetic patients’ blood glucose control. CGM was a key factor in the FAA’s decision to publish the policy announcement in late 2019.

“With the use of CGM as a required element of the policy for first and second class medical certification, the FAA’s Office of Aerospace Medicine is now able to establish the required level of safety for the national airspace system, a responsibility and mandate that they take very seriously. They can’t ever put the toothpaste back in the tube,” said Gary Crump, AOPA’s director of medical certification. “They are always going to take whatever time it takes to ‘get it right the first time.’” In this case, it took several years for all that data analysis, review, and consultants’ expertise to create a workable policy.

AOPA was a strong proponent in 1996 for the change that led to establishment of a policy allowing special issuance of third class medicals to private pilots with insulin-dependent diabetes. That policy has been successful, and the requirements for commercial pilots, though robust and comprehensive, incorporate elements of the third class medical policy—including treadmill stress testing for applicants over age 40, comprehensive eye examination, and periodic reports of A1c hemoglobin, in addition to the new requirement for CGM.

“With the ongoing coronavirus pandemic, it’s nice to see some positive news in aviation right now,” said Jim Coon, AOPA senior vice president of government affairs. “While many private pilots who are insulin dependent have been flying safely since 1996, the future of aviation can remain bright as this new protocol will allow an even greater number of qualified pilots to begin flying commercially.”

The Delaware Aviation Museum awarded one lucky pilot a second-in-command type rating package on April 1 to celebrate the museum’s fifth anniversary. Homer “Tom” Womack of Grayson, Kentucky, will earn an SIC rating in the North American B–25 Mitchell Panchito, owned and operated by the museum based in Georgetown, Delaware.

Before the coronavirus pandemic orders to stay at home, the museum had planned to conduct the drawing at AOPA headquarters in Frederick, Maryland.

In addition to Womack, the museum awarded second, third, and runner-up prizes to pilots from across the United States—and one winner from the West Indies.

AOPA Editor in Chief Tom Haines completed the B–25 SIC type rating in 2015. He described Panchito as a difficult airplane to fly and almost impossible to taxi, but said he experienced a new level of respect and admiration for members of the Greatest Generation “who climbed aboard these mechanical marvels and launched across oceans and continents with the most basic of navigation gear, many of them never to return home.”

The Delaware Aviation Museum offsets the costs of maintaining and exhibiting its aircraft by offering pilot-in-command and SIC ratings, orientation flights, and B–25 ground school sessions.

The FAA will reduce the operating hours of air traffic control personnel at more than 100 ATC towers and terminal radar approach control facilities to limit employees’ exposure to the coronavirus as the pandemic continues to slow flight activity in the national airspace system. No end date was given for the downsizing that will affect ATC facilities in Class C and D airspace, where traffic volume has declined as much as 96 percent as of late April.

“These facilities have seen a significant reduction in flights, especially during the evening and nighttime hours, since the pandemic began,” according to the FAA. “Adjusting the operating hours will further protect our employees and reduce the possibility of temporary tower closures from COVID-19 exposures by ensuring enough controllers are available to staff the facilities during peak hours.”

The FAA will conduct a regular analysis of traffic levels to determine how to appropriately staff the facilities. The modifications will be reviewed regularly for an eventual return to normal operations, said Rune Duke, AOPA senior director of airspace, air traffic, and aviation security. AOPA and other aviation groups are developing general recommendations on how such responsibilities as the posting and consistent dissemination of notams, and the monitoring of navaids, should be handled when the tower is closed.

“We are taking a close look at the FAA’s strategy and their initial list of locations,” said Duke. “The FAA and air traffic controllers have done an outstanding job to keep the system running during this extraordinary time. Their collaboration with aviation stakeholders has been key to ensuring the safety and efficiency of the system.”

The AOPA Air Safety Institute recently released a safety notice about ATC zero events that provides additional guidance on what pilots can do during preflight to ensure they have all of the pertinent information. 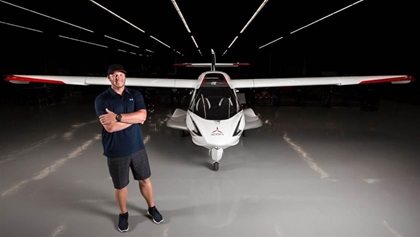 The NTSB released its factual report on the November 2017 crash that killed baseball Hall of Fame pitcher Roy Halladay, who was flying solo in his new Icon A5. The factual report, which should soon be followed with the final report that includes the NTSB’s determination of probable cause, paints a sad picture of a reckless pilot, heavily impaired by a noxious variety of drugs, operating without full appreciation for the risks of low-altitude flying.

According to the report, Halladay’s Icon plunged into four feet of water in the Gulf of Mexico, near the coast of Clearwater, Florida, wings level at about a 45-degree angle. Witnesses observed and cell phone video confirmed Halladay was performing aggressive maneuvers minutes prior to the accident, with high bank angles and exaggerated pitch movements ranging from 500 feet agl, down to just a few feet above the water. In the maneuver preceding the crash, Halladay climbed aggressively and reduced power. The aircraft exceeded an angle of attack that would have induced a stall, then banked hard into a steep nose-down attitude before impacting the water wings level. The report lists blunt force trauma as cause of death with drowning a contributing condition.

The toxicology report listed some seven different drugs in Halladay’s system including sleep aids, amphetamines, morphine, and antidepressants. Some of the drugs registered at extreme levels typically associated with misuse. Halladay struggled with substance abuse and depression in the years immediately following his retirement from Major League Baseball in 2013. 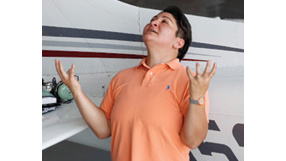 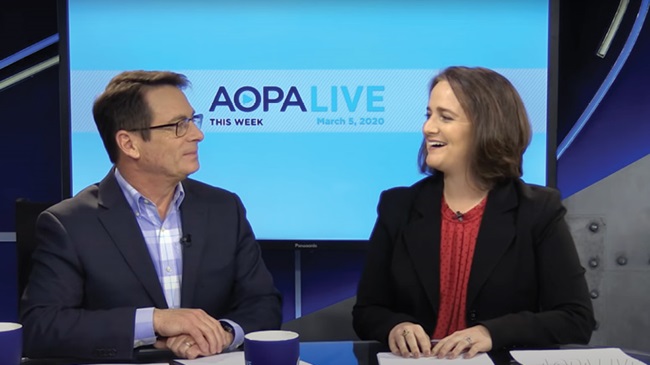