Get the app Get the app
AOPA Members DO more LEARN more SAVE more - Get MORE out of being a pilot - CLICK HERE
News & Media Technique: Flare is not a four-letter word

Technique: Flare is not a four-letter word

And other lessons from the front porch

As we watched the Cessna 172 landing at the Franklin County Airport in Sewanee, Tennessee, I heard, “C’mon, get that nose up!” next to me on the porch of the FBO. After all three tires touched at once, the nose of the aircraft pitched down as the pilot used heavy braking in order to stop before the end of the runway. The instructor and student taxied to the ramp, parked the Cessna, and walked toward us. They sure looked like they could use a break. 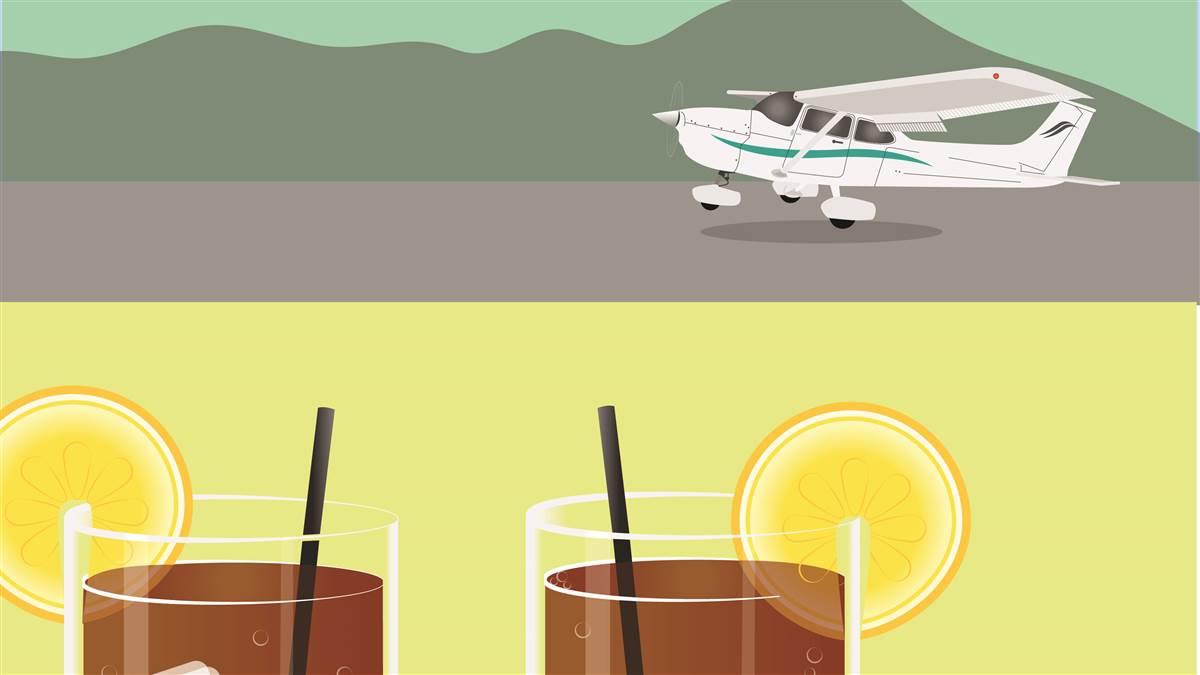 P&E Lead
The Airplane Flying Handbook defines the flare as “a slow, smooth transition from a normal approach attitude to a landing attitude, gradually rounding out the flight path to one that is parallel with, and within a very few inches above, the runway.”

That afternoon, I’d felt the same way after teaching my classes at the university, so I headed out to the airport to sit and relax as had become my custom. The front porch holds a special place in the tradition of Southern hospitality and the Sewanee airport has one of the best. I could count on plenty of iced tea in the fridge, and a lawn chair with a front-row seat to the runway where students were perfecting their pattern work. It was a favorite venue for William “Bill” Kershner, the late aviation author and aerobatics instructor, who was there that afternoon to join in the friendship and laughter with local aviation enthusiasts. Whether he was teaching about aircraft stability and control or regaling us with his adventures landing the Vought F4U Corsair on aircraft carriers in the Pacific Ocean, Bill proved that education and fun are not mutually exclusive.

Bill invited the instructor, Pat, and his student Rosie to join us on the porch. After a sip of his tea Pat sighed, “That was some crosswind! Is landing at Sewanee always such a challenge?” We laughed and confessed that the conditions keep us on our toes, too. Bill explained that while it’s smart to add a few knots extra for the gusty crosswinds, it looked as if they had added more than necessary and, with a touchdown far above stall speed, they paid the price with a long ground roll.

“That’s not surprising, nor is it a problem,” Bill said. “You’re just looking in the wrong place.”Bill advised reducing the approach airspeed and getting the nose higher in the flare. Rosie said she was having trouble controlling the drift caused by the crosswind and, with a lower nose, she could still see the far end of the runway. Pat said, “Mr. Kershner, I’m a new instructor and I sure would like your advice here.” Bill motioned us all toward the Cessna on the ramp and we eagerly followed.

Bill asked Rosie to sit in the airplane and right away identified a problem. In the older 172s without vertically adjustable seats, Rosie could barely see over the glareshield even with a level attitude. We borrowed a pillow from the FBO couch and fixed that problem. Bill then told Pat to push down on the rear empennage until the tiedown ring was a few inches above the ground to show Rosie the proper sight picture at the end of the flare. Rosie tried to peer over the nose but couldn’t see the ramp in front of her. Bill assured her, “That’s not surprising, nor is it a problem. You’re just looking in the wrong place.” Bill stood about 20 feet away from the pilot’s side and slightly ahead of the aircraft and said, “You should be transitioning to look over here once the nose obstructs your view of the runway ahead. Keeping a constant distance to the edge of the runway will ensure you maintain directional control.”

He showed me that five minutes on the ground can solve myriad problems in the air. No wonder he was named the 1992 National Certificated Flight Instructor of the Year. As a new instructor myself, I learned a lot by watching a master in action.

I’m now an FAA designated examiner, and I have seen many candidates land flat or lose directional control while staring straight ahead at nothing but blue sky on takeoff or landing. The soft-field procedures require such an attitude and, when combined with a crosswind, using a correct visual reference is imperative. With enough of a deviation and the safety of flight at risk, I need to assume the controls. Of course, that never means a happy end to the practical exam.

I’ve even noticed the problem on practical exams for the flight instructor certificate, during which I often play the role of student demonstrating a landing so that the instructor candidate can provide a critique. If the stall warning horn chirps at all during the flare, I see the candidate pushing forward on the yoke so that we land flat. I asked a recent candidate why he advocated landing flat and he reported learning it from his online ground school. It didn’t take a long internet search to find an instructor who, bless his heart—an expression I’ve adopted as part of my assimilation into the South—teaches that the word flare shouldn’t even be in our vocabulary. Exactly when did flare become a bad word?

I asked a recent candidate why he advocated landing flat and he reported learning it from his online ground school. Exactly when did flare become a bad word?There are myriad problems with this technique. First, landing flat means far more energy to be dissipated on landing, because that energy is a function of the square of groundspeed: Touching down with 10 percent extra speed means, generally, a 21-percent-longer ground roll. While you may get away with the technique on long runways, it puts additional wear on the aircraft, and it fails to prepare you for short and soft fields—and, more important, for the day when you might need to perform an emergency landing in a confined area. Additionally, in some aircraft—most notably those with conventional gear—seeing over the nose is impossible in the landing attitude or when the tailwheel touches the ground. Learning to transition your gaze to the side of the aircraft means you can land at a minimal airspeed while maintaining directional control. And it works in any airplane.

I was fortunate that Bill encouraged me to earn my tailwheel endorsement early in my aviation career, and I do the same with practical exam candidates. With their center of gravity behind the main landing gear, conventional-gear aircraft are directionally unstable, so a proper sight picture and rudder use on takeoff and landing are important. It’s some of the best training you’ll receive and will improve your takeoffs and landings, no matter what airplane you normally fly.

Even if you’re not in a position to earn your tailwheel endorsement now, improve your own techniques by consulting an authority. Bill wrote a series of flight training manuals, including The Student Pilot’s Flight Manual and The Advanced Pilot’s Flight Manual, that taught generations to fly, and the advice is as timely as ever. Although he passed away in 2007, these and his other works are still in print and updated for the current generation.

In the practical exams I’ve administered I have noticed that, other preparation equal, those who have spent time around airports benefit from that experience even when the time didn’t directly involve flying. Line personnel, mechanics, and flight attendants, for example, absorb practical information in those positions that proves valuable when they transition to becoming a pilot. Even relaxing at the airport can be an educational experience, as so many of those times were for me. Perhaps you know a longtime aviator who might enjoy sharing his or her expertise with you over a glass of tea.

After bidding us adieu, Rosie preflighted the Cessna, and she and Pat hopped in, taxied out, and departed the Sewanee airport as we watched and waved from the porch. Bill smiled and mused, as he so often did, “When I die, I am going to be a guardian angel for student pilots.” I am sure he is, and can say he is also a guardian angel for this flight instructor.