Get the app Get the app
Get the latest news on coronavirus impacts on general aviation, including what AOPA is doing to protect GA, event cancellations, advice for pilots to protect themselves, and more. Read More
Already a member? Please login below for an enhanced experience. Not a member? Join today
News & Media Flying on hydrogen

A California firm plans to begin test flights this month of a hydrogen-powered Piper in the United Kingdom, where climate change has prompted government investment in the technology. 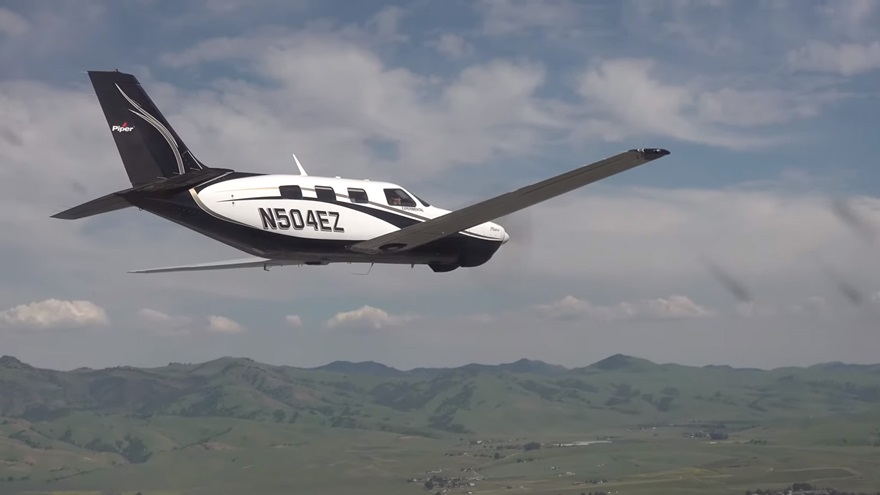 ZeroAvia flew a Piper M350 powered by batteries in 2019, and plans to fly a similar aircraft with hydrogen fuel cell power in 2020. Photo courtesy of ZeroAvia via YouTube.

ZeroAvia emerged from radio silence in August and captured the attention of various media outlets, including AOPA, with a Piper Malibu flown with an experimental electrical powerplant. Founder and CEO Val Miftakhov said those proof-of-concept flights were powered by batteries, allowing the engineering team (which includes automotive industry veterans who have built various electric vehicles) to validate power system components including the electric motor and computer controls.

“Now, we’re integrating the hydrogen part into that,” Miftakhov said in a recent telephone interview.

ZeroAvia is not alone betting on hydrogen as a fuel for aviation’s future, but the firm is farther along than many, and may be alone, or at least among very few, going all-in on hydrogen for commercial air transportation. The German aerospace agency DLR recently announced a plan to fly a 19-seat commuter airline on battery power, but achieving performance comparable to fossil fuels using batteries is a much bigger challenge. Batteries weigh a lot more than a tank containing enough hydrogen to produce the electricity required for a given amount of range, for one thing.

Miftakhov said the upcoming flight tests in the single-engine Piper testbed are a precursor to adapting the hydrogen fuel cell power system for use in aircraft with up to 20 seats. ZeroAvia hopes to have the concept proven at that scale in about three years, using compressed hydrogen to enable a range of 500 miles at that scale, then scale up to 50-seat aircraft in about five years.

A $3.3 million grant from the U.K. government announced in September 2019 will fund a yearlong test program based in Cranfield, England, where ZeroAvia is sharing the cost 50-50 with the U.K. government, and hopes to conclude the program in September 2020 with a 200-mile demonstration flight on hydrogen power. The California-based test program will proceed in parallel, though Miftakhov is less optimistic about the potential for federal support here.

“We have to hope for sure,” Miftakhov said. “The reality of the political environment in the U.S. is such that the likelihood of getting that level of support is lower in the U.S. than in Europe, especially in the U.K.”

While fuel cells emit no carbon waste (the “exhaust” consists entirely of pure water), the company anticipates that hydrogen may be harder to sell, principally because of public perception. (There is also the matter of creating the fueling infrastructure that hydrogen will require, but ZeroAvia plans to sell airlines a package that includes the fuel storage and distribution network.) Hydrogen and Hindenburg are commonly associated, but Miftakhov and others working to make hydrogen-fueled aviation a reality argue that physics is on their side. Hydrogen is much more difficult to ignite than jet fuel, requiring far higher temperatures, and very high concentrations of hydrogen gas in order for it to oxidize. The lightest element on the periodic table, hydrogen dissipates very quickly if it escapes a container, so if a fuel tank ruptures the likelihood of a fire is actually very low. If it does start burning, the fire is not as hot as a jet fuel fire, reducing the likelihood of a secondary fire.

“The bigger concern for us is actually how to deliver all this knowledge, how to educate the public that it is safe, can in fact be safer than” jet fuel, Miftakhov said.

Convincing federal aviation regulators that hydrogen can be certified as a safe alternative to jet fuel may prove to be easier than that, he added, noting that hydrogen fuel cells have an excellent safety record in industrial applications including forklifts and similar vehicles that work in warehouses powered by hydrogen alone.

In addition to much higher energy density, hydrogen has other advantages over batteries, including the lithium-based batteries used on laptops, drones, electric cars, and aircraft, which combine fuel and oxidizer in a single package, so they are far more likely to create a catastrophic fire in the event they are compromised in a crash, he noted.

“It’s almost like [you’re dealing] with a solid rocket fuel, where oxidizer and fuel are mixed in together and you can’t separate them,” Miftakhov said. When it comes to aircraft certification, “If anything we find hydrogen as fuel is much more similar [to] the other chemical fuels that the FAA deals with on a daily basis than batteries.”