Bourbon Street and the French Quarter are two of many reasons to fly to New Orleans, but one attraction you might not have considered is the National World War II Museum. 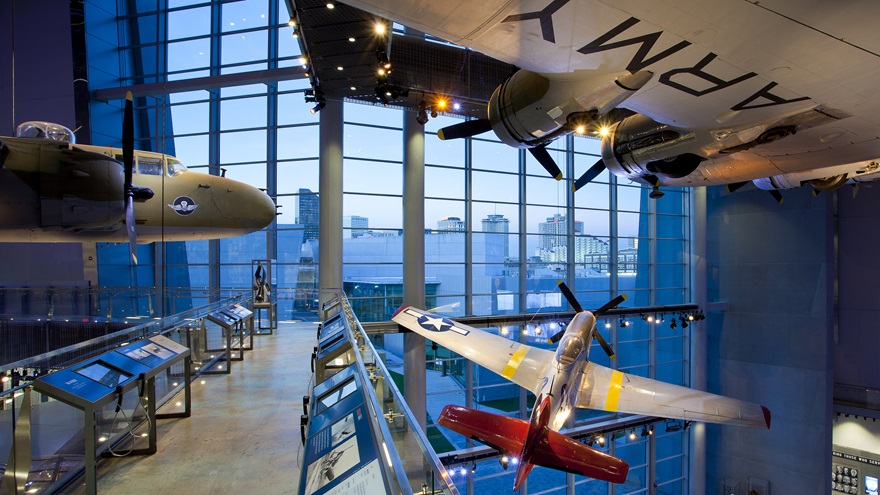 Multiple stories of exhibits allow visitors to get up close to artifacts of all sizes. Photo courtesy of The National WWII Museum.

Opened in 2000 and originally focused only on the D-Day invasion, the museum is now a six-acre world-class facility that tells the history of “the war that changed the world.”

Congress has designated the museum, a Smithsonian affiliate, as the official World War II museum of the United States, and Trip Advisor has listed the museum as the No. 1 attraction on its list of more than 300 things to do in New Orleans.

With the seventy-fifth anniversary of the end of World War II being celebrated this year, the museum should attract even more attention.

“The Big Easy” might not seem the obvious location for a World War II museum, but two University of New Orleans history professors, including famed Band of Brothers author Stephen Ambrose, first championed the museum over 40 years ago.

Also, the fact that Higgins Industries manufactured 20,000 Higgins Boats in New Orleans by the end of the war was an additional connection. 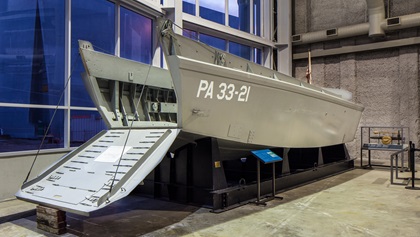 Located only about a mile from the French Quarter in the historic Warehouse District of downtown New Orleans, the museum takes on the daunting challenge of telling the history of the war in the European and Pacific theaters and also on the home front.

The museum documents the war and the price of freedom in a way that will hopefully be remembered for generations to come. Numerous positive online reviews use words such as “powerful,” “immersive,” “overwhelming,” “emotional,” and “sobering.”

Several pavilions focus on different aspects of the war effort, and since it has been enlarged over the years, the layout can be a bit confusing. Advance planning itineraries will make the museum easier to navigate.

Enough military aircraft are displayed overhead in a four-story aviation gallery to satisfy most warbird enthusiasts, but visitors are encouraged to look beyond airplanes, ships, and other war machines and learn about the worldwide conflict on a personal level.

With surviving members of the Greatest Generation now in their 90s and 100s, only a few World War II veterans are available to relate their war experiences in person today. However, a unique feature of the museum allows visitors to select a soldier or sailor to follow through the war with an electronic “dog tag” that can be swiped at exhibits to access individual stories. 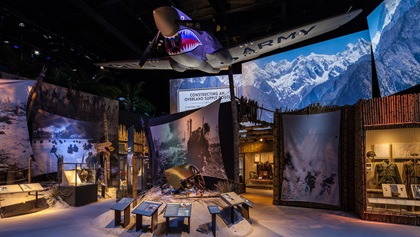 Standard tickets are priced at $29.25, with discounts available for groups, senior citizens, and veterans. Several optional extra-cost activities are available at the museum, including a highly recommended historical movie narrated by Tom Hanks.

The museum opens at 9 a.m., and it’s wise to arrive early to avoid the crowds, which often include school groups. Extra-cost tours led by knowledgeable guides are available on some days.

Otherwise, the museum is self-guided, and there is so much to see that it’s easy to run out of time, so plan to spend the day if your schedule permits. There is also an option to return for a second day for only $7.

Food is available at a couple of restaurants, and there is an extensive gift shop with a wide range of books and memorabilia.

Lakefront Airport, which is only nine miles from the museum, juts out into Lake Pontchartrain and is served by two FBOs. With downtown parking at a premium, avoid renting a car if possible.

Moored very close to Lakefront Airport is the world’s only fully restored combat veteran PT boat in operation today, the museum-owned PT-305. The boat is available for tours and rides on Lake Pontchartrain.

The historic art deco Lakefront Airport terminal building, opened in 1934, was originally used by the airlines when it was the main airport serving New Orleans. It has been restored since 2005, when Hurricane Katrina deposited four feet of water inside and even more on the field.

The larger Louis Armstrong New Orleans International Airport, served by the airlines, is about 15 miles away from the museum, making Lakefront Airport the better choice if you plan to fly in yourself. 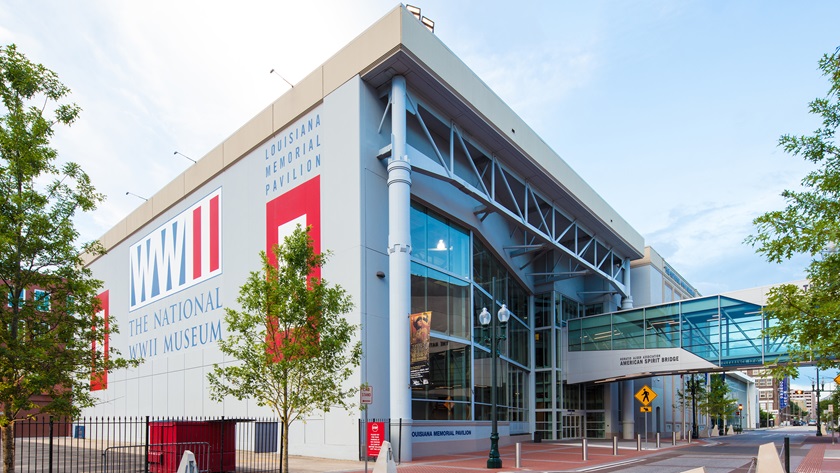 Once upon a time in the West