Get the app Get the app
Already a member? Please login below for an enhanced experience. Not a member? Join today
News & Media Coronavirus impacts aviation events

Editor's note: This article is being regularly updated as events are canceled and postponed.

As officials take precautions against the coronavirus pandemic, many aviation events are being canceled or postponed. 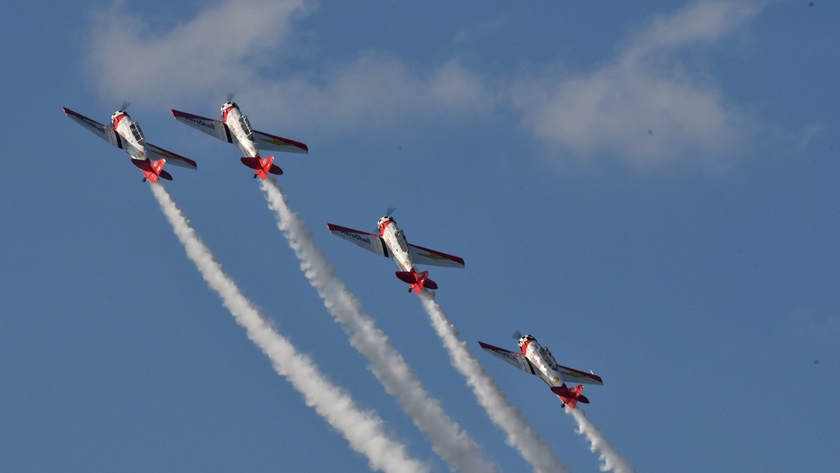 Sun ‘n Fun Aerospace Expo in Lakeland, Florida, often called "spring break for pilots," was postponed on March 13. Originally scheduled for March 31 to April 5, it is now delayed until May 5 through 10. The same day, the Aircraft Electronics Association delayed its annual convention, set to start March 24, but did not release a new date.

Aero Friedrichshafen, the general aviation show in Friedrichshafen, Germany, postponed its annual event until April 14 to 17, 2021. The show was originally scheduled to take place April 1 to 4 this year. Show organizers cited public health and cancellation of participants as reasons for the postponement.

The National Business Aviation Association had previously canceled its overseas events; on March 12, it canceled the 2020 International Operators Conference and the 2020 Business Aircraft Finance, Registration & Legal Conference. Both events were originally scheduled to take place later in March in North Carolina and Florida, respectively.

AOPA postponed the R.A. “Bob” Hoover Awards ceremony, set for March 18 in Washington, D.C., until October 6 in Orlando, Florida. In addition to health concerns for honorees and attendees, AOPA rescheduled the event after Washington, D.C., officials requested that all “non-essential gatherings” be canceled and Washington, D.C., Mayor Muriel Bowser declared a state of emergency and a public health emergency. AOPA will continue with operations and events as usual.

The AOPA Air Safety Institute canceled its in-person safety seminars until further notice and its in-person Flight Instructor Refresher Courses through the end of May. Rusty Pilots seminars hosted by You Can Fly have been canceled through mid-May as well.

The Experimental Aircraft Association canceled its Hops & Props event set for March 14 at the EAA Aviation Museum in Oshkosh, Wisconsin, to comply with recommendations from the Centers for Disease Control and Prevention.

Some attractions were already starting to close their doors. Seattle’s Museum of Flight temporarily suspended public operations on March 12 to comply with guidance from its county officials and the state of Washington.

The Smithsonian announced that all of its museums in the Washington, D.C., area and New York City will be temporarily closed starting March 14. This includes the Smithsonian National Air and Space Museum and its Steven F. Udvar-Hazy Center.

In addition, AOPA received word that airports are starting to cancel events and gatherings.

As more organizations and government officials restrict travel, events, and gatherings, general aviation pilots should call ahead to ensure that the events they plan to take in at their destination are continuing.