Get the app Get the app
Already a member? Please login below for an enhanced experience. Not a member? Join today
News & Media Lonestar state of mind

Uncooperative weather cut attendance at the inaugural Aviat Lonestar STOL Competition and Fly-In in Gainesville, Texas, March 12 to 15, but it didn’t dampen the fun. 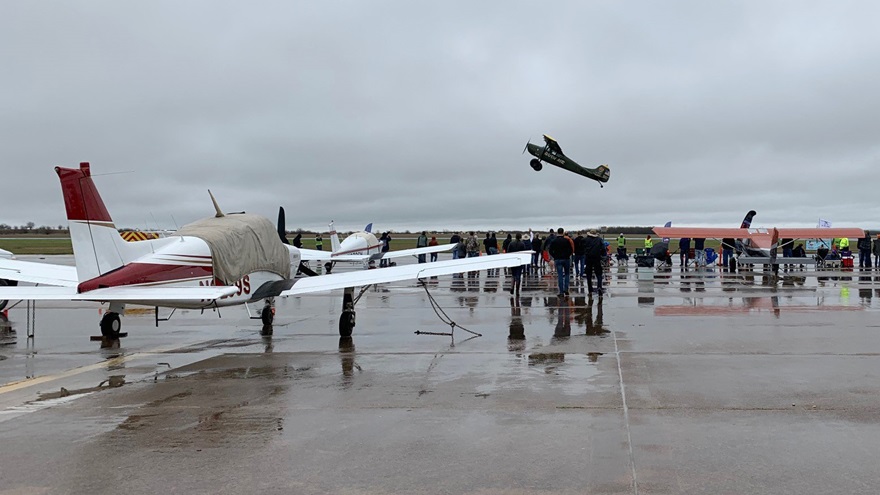 Milne "CC”"Pocock takes off in his Cessna 170B during the Alternate Bush/Experimental Class heat. Photo by Alicia Herron.

The four-day event at the Gainesville Municipal Airport just north of the Dallas-Fort Worth metroplex and just south of the Red River, which marks the Texas border with Oklahoma, had challenging weather throughout, but overall was an enjoyable weekend featuring highly competitive flying.

Lonestar STOL began with pilot Doug Jackson’s idea to bring a short takeoff and landing competition to Texas. He’d become familiar with the field through EAA fly-ins at Gainesville Municipal Airport and thought the grass between the taxiway and runway would be a perfect place to invite the best of the best to compete. David Vinton, the airport manager, supported the event from the beginning. Beyond that, the competition came together quickly with help from Jackson’s many talented and experienced friends and colleagues, as well as a variety of sponsors.

Thursday began gray and rainy, and the poor conditions made it difficult for anyone to fly in. About half the expected competitors arrived. Despite the inclement weather, some still bravely chose to camp. “I’m trying to test myself,” said Citabria pilot and first-time competitor Beau Owens IV. “I have hopes of flying in Alaska, so I’m seeing if I can take this.”

STOL—short takeoff and landing—competitions and demonstrations are self-explanatory. The winner has the shortest combined takeoff and landing distance. A pilot starts with the airplane’s main gear on the line that marks the start of the runway for the takeoff, and aims to get the main gear as close to (but always beyond) that line and then come to a full stop for the landing. Touching down short of the line leads to a disqualification for that attempt.

Friday lacked the hoped-for VFR weather as well, and for most of the day the STOL pilots chatted in the FBO and drank nearly excessive amounts of coffee. Two first-time competitors, Clayton Stansell and Don Mickey, both from Albuquerque, New Mexico, practiced landing Friday morning on the grass strip during a break in the precipitation, and reported back to the group that the surface was just too mushy—no braking action, no control. As the day progressed, it rained a couple more inches, making the grass hazardously unusable. The event’s organizers took the shifting conditions in stride. With help from the competition pilots and other airport volunteers they reset the runway twice, then decided to use the pavement similar to Alaska’s Valdez STOL Competition and Fly-In.

Saturday’s weather was relatively better and, most importantly, consistently flyable by early afternoon. After a morning pilot briefing amid a downpour, a tentative practice time was set for two hours later. The practice was called after just a few landings as ceilings descended and the rain fell harder. For a brief moment, it seemed like those few practice runs might be the only flights of the day. But soon, the weather cleared enough for the competition to take place, and it was quite a show.

In the bitterly cold (for Texas) afternoon, Jon “Jughead” Counsell gave an energetic performance as the announcer of the event, and kept the audience engaged for the show’s four-plus-hour duration. Once the heats began, spectators forgot about the gusty winds and persistent rain in favor of watching an impressive STOL competition. Takeoffs and landings received cheers, some moments received gasps, and a couple of attendees even doffed their hats to particularly worthy show pilots.

The “best” (shortest) landings were saved for the final heat, where the heavyweights of the light experimental world battled it out until literally the last landing to see who would walk away the winner. After impressive showings from Dan Reynolds from Yukon in his Chinook and Hal Stockman from Nevada in his Rans, Lawnmower III, Steve Henry from Idaho won the day with a combined takeoff/landing distance of 52 feet in his Highlander, Yeehaw 6. Think about it: A DC–3 is 64 feet, 8 inches long.

And the event didn’t just draw diehard pilots. Beyond flying, the competition hosted vendors, food trucks, and a charity cornhole tournament. Cindi Ward of Gainesville’s Happy Dogs Corn Dog food truck said she was happy to see the event here and noted that it was great for the local economy.

Saturday night ended with a crawfish boil, live music, a raffle, and excitement over the event’s bright future. After a standard fly-in weekend that started with no national state of emergency, no quarantines, and a conspicuous avoidance of talk of the coronavirus, Sunday was a reality check. The virus’s rapid growth made it impossible to ignore any longer—even in the haven of a warm FBO. The postponement of the Sun n’ Fun Aerospace Expo changed plans for almost every pilot at the field.

Watch a recording of the competition from LiveAirshowTV online at lonestarstol.com and follow the website for updates about next year’s event. —by Alicia Herron 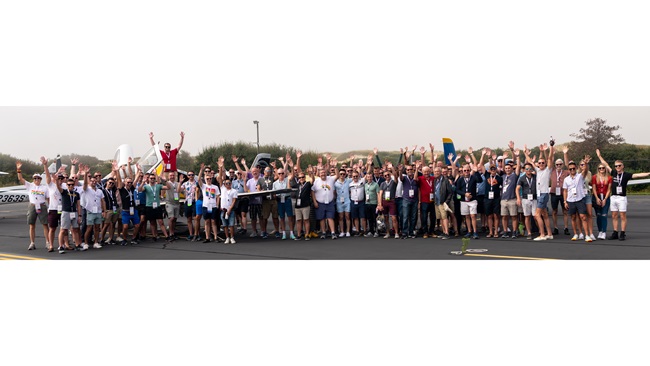 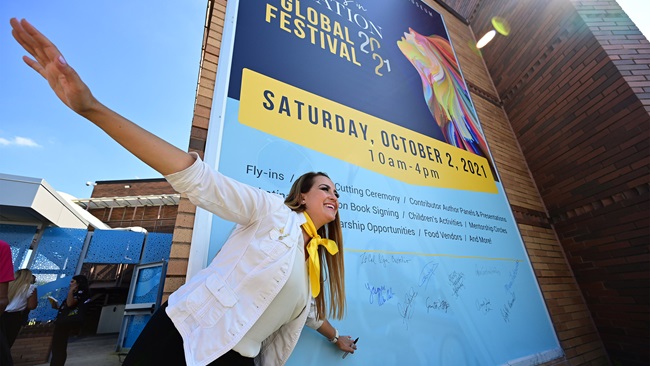 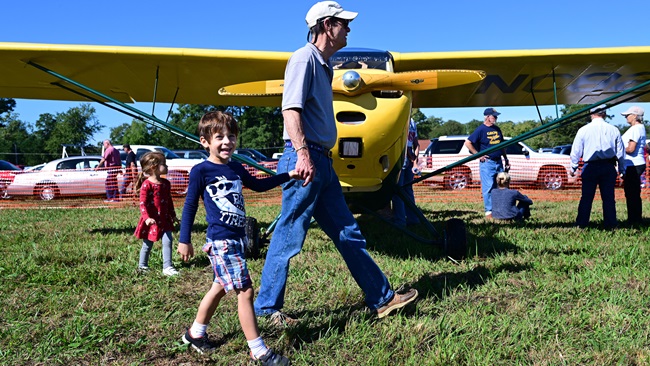