Get the app Get the app
Already a member? Please login below for an enhanced experience. Not a member? Join today
News & Media Sydney Kibuuka is not your average professional pilot student
Sponsored by California Aeronautical University

Sydney Kibuuka is not your average professional pilot student 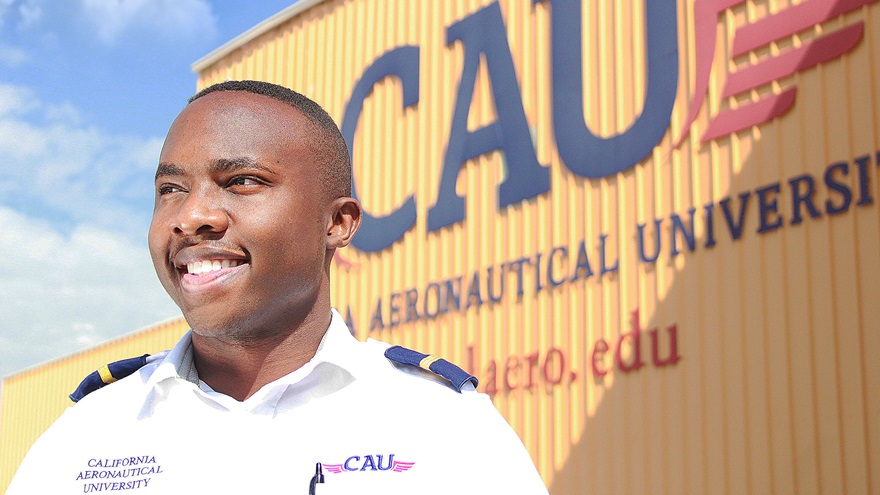 California Aeronautical University’s (CAU) professional pilot students come from all over the world and have diverse backgrounds. Some are just out of high school, some are transfer students from other collegiate programs, and some simply have a dream that they refuse to give up on. Choosing a career as a professional pilot was something Sydney Kibuuka has dreamed of since he was 7 years old. He was born in the United States and grew up in Uganda. He came back to the United States after high school to specifically attend CAU as a professional pilot student in the Bachelor of Science in Aeronautics program.

When we sat down with Sydney to discuss his initial passion for aviation, it was apparent that this was not just a dream, it was a mission. At the age of 19 he is the founder and CEO of Velocity Holdings Inc., a technology company that has created websites like jumboflights.com, which helps customers book the cheapest air tickets online; plot256.com, an online events listing and E-ticketing platform for Uganda; netcybertechs.com, a tech support website; and velocitycrypto.com, a website that enables users to buy, sell, and exchange bitcoin and other crypto currencies.

What would encourage a young, successful CEO to pursue an education as a professional pilot?

“When I was very young, I saw pilots in the airport and thought to myself, ‘What would it be like to take off and land on those runways like them?’” Sydney added that in Uganda, the aviation industry is not well established. “There is a scarcity of aircraft and aviation professionals. I want to be part of the solution. After a lot of research, I decided that CAU offered the best supportive environment to accomplish my training efficiently. My ultimate goal is to own my own airline.”

Sydney’s family was very supportive of his decision to become a professional pilot and in January 2020, his family accepted a 256 Teens Choice Award in Uganda on his behalf because he was attending CAU fulltime in California. The Teens Choice was awarded to Sydney under the “Dream Chaser” category and is a distinction that is given only to the highest achievers nominated in Uganda. 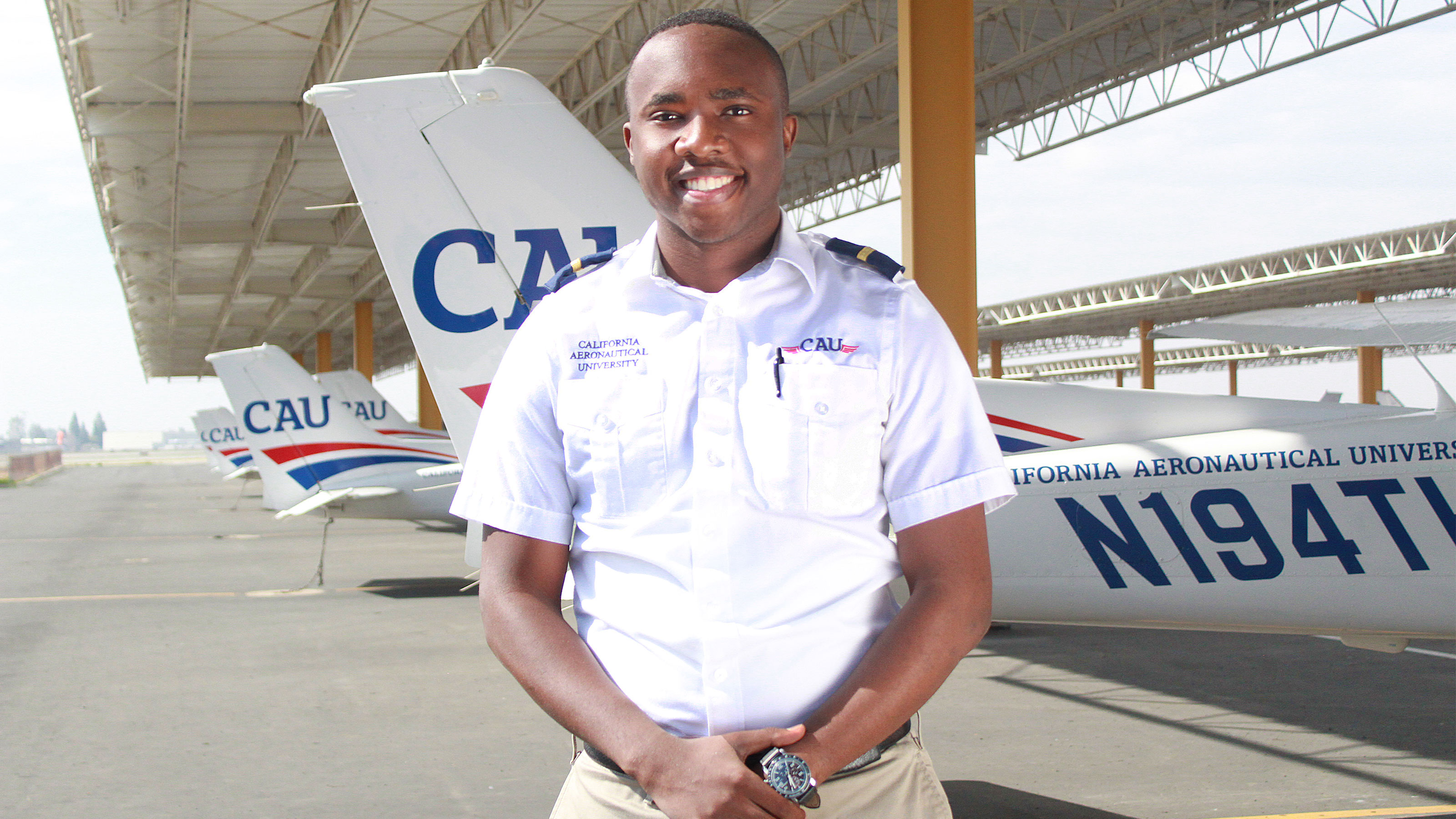 Sydney holds a private pilot certificate and is currently accomplishing his instrument rating. Earning his Bachelor of Science in Aeronautics at CAU will also come with his commercial single-engine, commercial multiengine, CFI, and CFII ratings and certificates.

“My first solo flight was one the most thrilling and fulfilling moments in my life because it meant that I was getting closer to my goals. Getting my private pilot certificate was even more exciting and increased my confidence. There are not a lot of people who get this opportunity where I am from, and I look at this as one step closer to owning my own airline.”

Sydney is excited about becoming a well-rounded professional pilot and has some advice for anyone wanting to pursue a degree-focused flight training program like the one at CAU: “Come with dedication and refrain from any activities that will distract you from your training. Distractions can be a big deterrence from your studies. Study hard and stay focused on your goal.”

California Aeronautical University (CAU) is preparing the next generation of aviation professionals. Serving students from all over the country, the University offers career-focused programs in aviation, aviation business, and aircraft maintenance. With on-airport locations throughout California and in Arizona that provide an ideal learning environment, CAU courses are delivered in a year-round, fast-paced schedule that enables students to enter the pipeline for aviation careers in a shorter amount of time. Through the University’s strong partnerships with airlines, influential aviation organizations, and leaders in the aviation community, CAU graduates become a part of a larger aviation network and reap the benefits of these relationships, including direct access to several airline cadet programs. The University offers access federal student financial aid, scholarships, and veteran benefits to those who qualify. For more information, visit calaero.edu
Learn More
X