Get the app Get the app
Get the latest news on coronavirus impacts on general aviation, including what AOPA is doing to protect GA, event cancellations, advice for pilots to protect themselves, and more. Read More
Already a member? Please login below for an enhanced experience. Not a member? Join today
News & Videos Five questions: Bill Hill

Sailplane instructor Bill Hill is testimony to the fact that life—and flying—presents many opportunities. 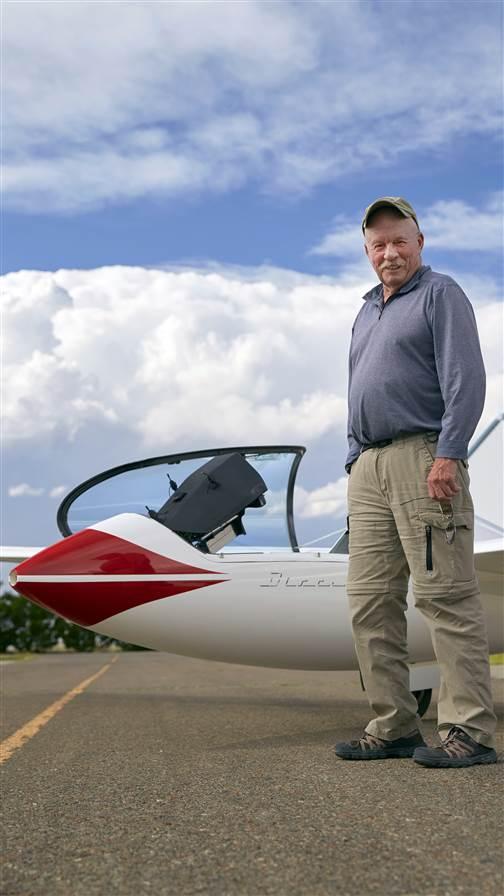 Started in aviation? My father was a World War II fighter pilot who flew P–51s in China during the last years of the war. So, I guess that’s what got me started. With six hours dual under my belt, I went to the airport in Frederick, Maryland, on a windy July 13, 1962—yes, it was a Friday—to see if I could talk my instructor into letting me solo. My father had told me it wouldn’t happen because of the wind. Well, it did, and my dad was there to watch it.

Favorite airplane? My favorite airplane is the Embraer EMB–120 in which I logged over 5,000 hours while flying for SkyWest Airlines. My second favorite is the Lear 31 in which I sat in the right seat, answered the phone, and jerked the landing gear. My favorite sailplane would be my Discus-2B, which is parked in my hangar at the Moriarty Airport and in which I have over 3,000 hours.

Biggest challenge? After spending 26 years in air traffic control and a year or so as an air ambulance pilot, I finally got my airline job. One of my biggest challenges was getting through ground school at SkyWest as a 52-year-old new hire.

Advice to students? Develop good habits, be as professional as you can at the onset, and use your checklist.

Why fly gliders? If the rating is all you are after, you will improve your stick and rudder skills as well as becoming better at energy management. If you fly a sailplane on long cross-country flights, you will come to appreciate the atmosphere as a means of propulsion rather than just a means of convenience.