Get the app Get the app
Get the latest news on coronavirus impacts on general aviation, including what AOPA is doing to protect GA, event cancellations, advice for pilots to protect themselves, and more. Read More
Already a member? Please login below for an enhanced experience. Not a member? Join today
News & Videos Technique: Collision avoidance

How to ‘see and avoid’

Nervous passengers often want to know: How do you keep from running into other aircraft? 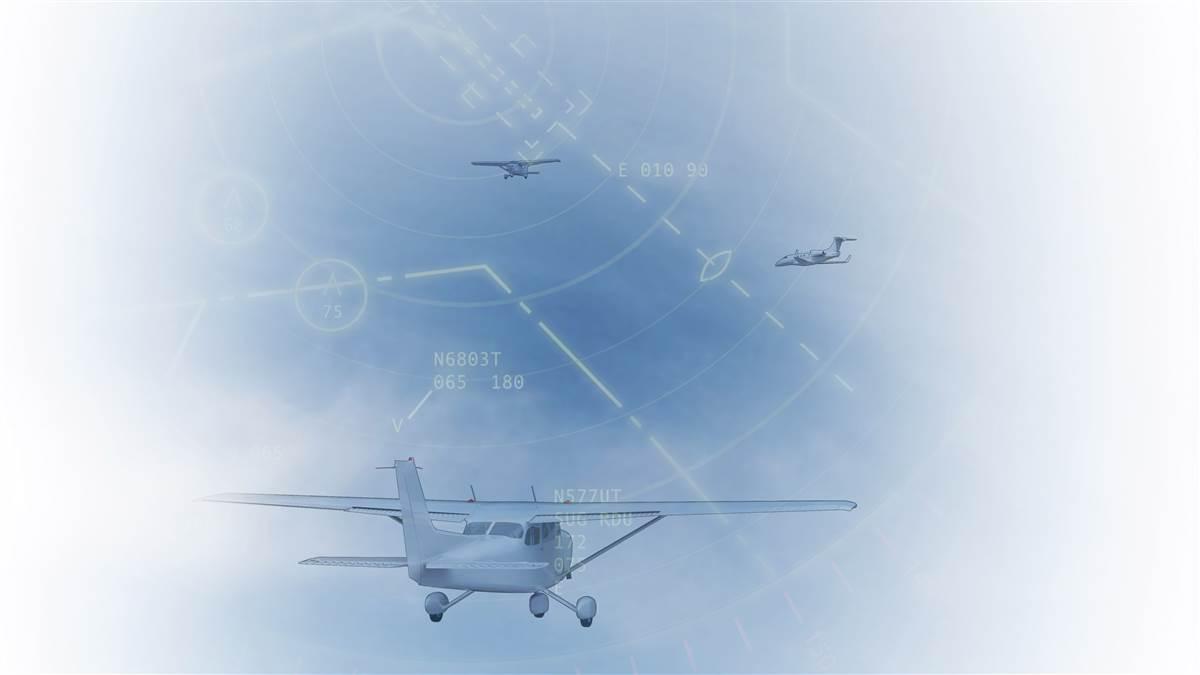 The bottom line on collision avoidance is that it’s the pilot’s responsibility to “see and avoid” other aircraft, as laid out in FAR 91.113(b): “When weather conditions permit, regardless of whether an operation is conducted under instrument flight rules or visual flight rules, vigilance shall be maintained by each person operating an aircraft so as to see and avoid other aircraft.” That tells you what, but not how. Essentially, collision avoidance means making it as easy as possible for others to see you while defensively looking out for them. Under your instructor’s guidance, you’ll develop the skills, procedures, and situational awareness you need to feel safe in the skies. 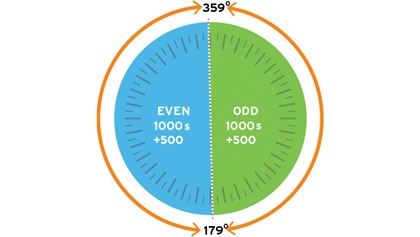 Adhering to VFR cruising altitudes and following convention for traffic pattern operations helps other pilots know where to look for you and minimizes the chance of encountering head-on traffic—which is more difficult to spot because there’s little relative movement, and provides less time to react because of the rapid closure rate. On VFR flights more than 3,000 feet above the ground, fly at altitudes of odd thousands plus 500 feet (for example, 3,500 feet msl) on magnetic courses between zero and 179 degrees; fly even thousands plus 500 feet on headings from 180 to 359 degrees. 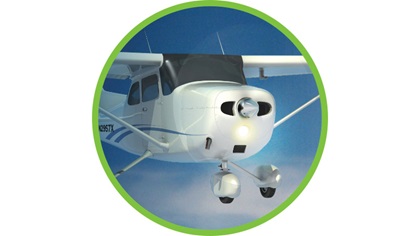 In addition to the required lights for day and night operations, turning on the landing light can increase your airplane’s visibility. The FAA encourages pilots to turn on landing lights when operating within 10 miles of an airport and below 10,000 feet. 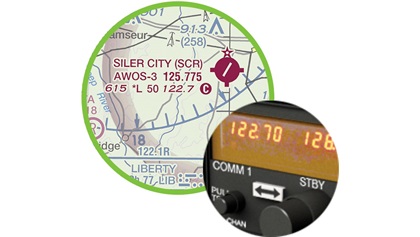 When passing near or approaching airports, monitor their frequencies and keep tabs on the position of nearby reporting traffic, keeping in mind that not all aircraft have radios. Broadcast your own position 10 miles out, including the airport name. Continue making position reports for each leg of the traffic pattern or as instructed by the tower controller. 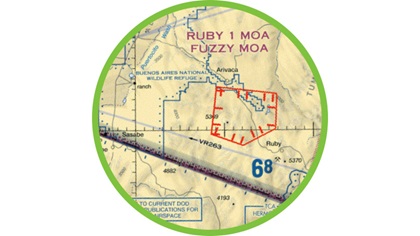 As part of your preflight preparation, check the status of military airspace and alert areas, and look for notices to airmen outlining potential hazards such as unmanned aircraft operations. If possible, plan to avoid high-traffic areas such as VORs and other navaids. Anticipate higher traffic near airports. 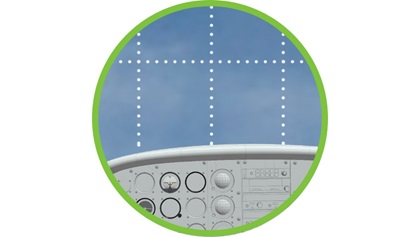 Use an effective scan

Rather than sweeping your eyes across the entire horizon, divide the sky into blocks so you can focus on one at a time. Allow your eyes to focus in each sector and extend your scan 10 degrees above and below the horizon. At night, look about 10 degrees off center to compensate for a nighttime blind spot at the center of your visual field. Keep the windscreen clean, limit distractions, and employ a sterile cockpit rule during critical phases of flight. Move your head to see around door and window posts, and maneuver to check your airplane’s blind spots. 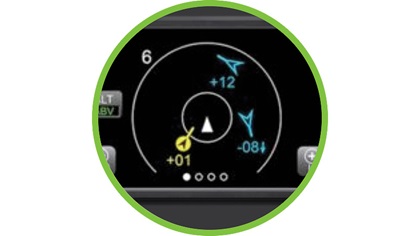 If you have a traffic awareness technology such as ADS-B, include it in your scan and practice correlating targets on the screen to what you see out the windscreen. Technology can improve your situational awareness, but it’s not a substitute for looking outside: Don’t fixate on the screen, and remember not all aircraft will appear on the display. 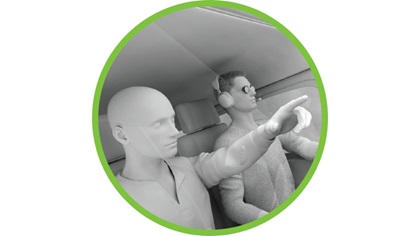 Put your passengers to use by asking them to look for traffic and let you know if they see anything, particularly in high-traffic areas or during high-workload phases of flight. You also may request VFR traffic advisories, which ATC will provide if workload permits. 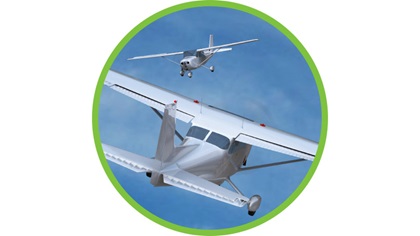 If you do see traffic that appears to be on a collision course, don’t wait to take evasive action (see “Right of Way,” at right). You don’t need authorization from air traffic control to resolve a potential collision hazard.

In addition to the “see and avoid” principle, FAR 91.113 outlines right-of-way rules for aircraft:

When a rule of this section gives another aircraft the right-of-way, the pilot shall give way to that aircraft and may not pass over, under, or ahead of it unless well clear.

(c) In distress. An aircraft in distress has the right-of-way over all other air traffic.

(d) Converging. When aircraft of the same category are converging at approximately the same altitude (except head-on, or nearly so), the aircraft to the other’s right has the right-of-way. If the aircraft are of different categories—

(1) A balloon has the right-of-way over any other category of aircraft;

(2) A glider has the right-of-way over an airship, powered parachute, weight-shift-control aircraft, airplane, or rotorcraft.

(3) An airship has the right-of-way over a powered parachute, weight-shift-control aircraft, airplane, or rotorcraft.

However, an aircraft towing or refueling other aircraft has the right-of-way over all other engine-driven aircraft.

(e) Approaching head-on. When aircraft are approaching each other head-on, or nearly so, each pilot of each aircraft shall alter course to the right.

(f) Overtaking. Each aircraft that is being overtaken has the right-of-way and each pilot of an overtaking aircraft shall alter course to the right to pass well clear.

Right-of-way rules for water operations are listed in FAR 91.115.