Get the app Get the app
Get the latest news on coronavirus impacts on general aviation, including what AOPA is doing to protect GA, event cancellations, advice for pilots to protect themselves, and more. Read More
Already a member? Please login below for an enhanced experience. Not a member? Join today
News & Videos Musings: A destination

From hamburger hound to ‘PanAm captain’

Nat, Dave, Steve, and Sheldon are all good flying buddies. We see each other at aero club meetings, in the airport lounge, at the plane-wash station polishing up, and we trade stories about our adventures. Occasionally we would go flying together in one or more airplanes, but that was rare. 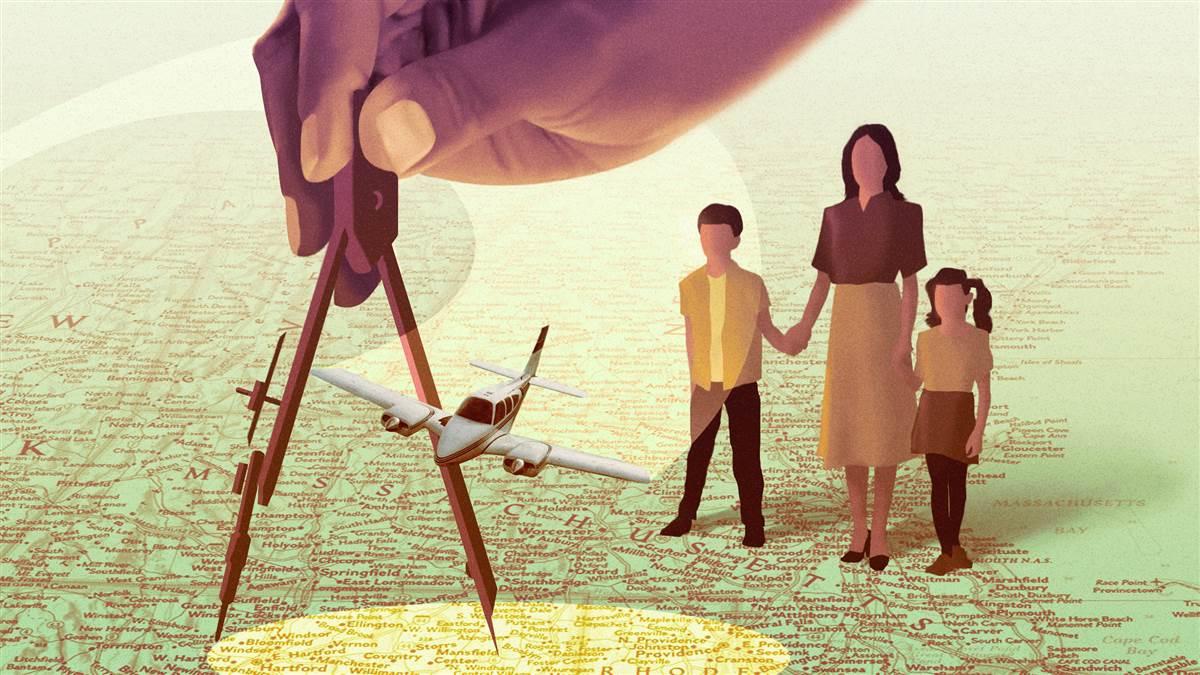 Generally—even on picture-perfect flying days—GA airports are row upon row of occupied tie-downs. It’s reminiscent of the view from the air of marinas—a boat in practically every slip. Where are the fliers; where are the sailors?

Here is the scene: Pristine day. Pilot wants to go flying. Family takes a vote: It’s 4 to 1 to drive to the beach, or to the ballgame, or to the ski slope, or to what people want to do in their free time. The pilot wants to fly, but the potential passengers are tired of that $100 hamburger and, perhaps, a bit of airsickness—and they want to be with other “normal” people. So, like the boats, the airplanes are tied down waiting for that late afternoon hour-or-two flight each week to keep the pilot current.

What do you do if you yearn to fly? How can you organize your life to get more hours and not take away from that quality time with the family? The answer is that you need to have a destination.

A destination is a place that has the recreation and elegance that your nonpilot family/friends desire and at the same time is difficult/time-consuming/costly and otherwise uncomfortable to reach—except by your airplane.

If you can bring a destination into your life it will positively revitalize your aviation enjoyment—as well as your self-worth, since you will be in demand. You are elevated from a hamburger hound to a PanAm captain with admiring passengers. Your family will begin to help you plan the flights—and even bend their own schedules to accommodate weather.

How do you find this destination? Take a sectional and draw a circle around your airport commensurate with one hour’s flight time. Your destination will be in this circle. Look for lakes, oceans, rivers, resorts, and recreational areas. Search out places that would take at least three to four hours driving—and perhaps even a ferry boat. Be aware of the seasonal aspects. Winter places have winter weather—such as snow, ice, low freezing levels, less daylight, the need for a hangar. They also might feature mountainous terrain—and for skiers, you want to go when a big snow is forecast. Summer places have none of the above, but they may have fog and thunderstorms.

So, find that place at the ocean or on the lake. You may prefer the solitude of the lake—but it’s your family who will make the decision. It will be a place the family loves and where they want to hang out, make friends, have fun.

What did I do? Living in the Boston area provides several choices. Winter-wise, there are the ski resorts in New England. Summer offers lakes and the ocean. Additional factors include proximity to a suitable airport with good instrument approaches. I drew the circle for my airplane (at that time a Beechcraft Bonanza). There was a period when we as a family were sampling places, and we explored. The place we came back to again and again was Nantucket Island. Besides being a top-notch resort, it had a great airport, long paved runways, and several instrument approaches. The family liked to be there and loved its beaches, and so did I. Driving to Nantucket took two hours on the road plus a two-hour ferry ride. It fit my definition of destination.

For several years we rented for two-week vacations and decided that Nantucket was where we wanted to be. The flying component met my every need and the family was delighted with the air-taxi convenience. We bought some land and built a home.

Our house was completed in 1988 and we have enjoyed our time there. Sometimes it was just a day in the off-season, or a weekend, and then the full season when my wife and I retired. It’s terrific to have a destination I can fly to in less than an hour year-round at a moment’s notice where there is a car, a house, and friends. I’ve had no problem keeping current—taking care to fly back to Hanscom Field weekly to check our stateside house, fetch the mail, and do some shopping. I would tell friends tongue-in-cheek that I needed to go to Boston to see if any light bulbs needed replacing. And off-season I would say the same about needing to fly to Nantucket. But I really had that grand feeling of being able to fly whenever the urge moved me—and have a mission.

In the 1980s I transitioned to a Beechcraft Baron B55, which solved the overwater segment concern, as well as made IFR more relaxing. Missions? I’ve had occasion to bring trash to the mainland as well as laundry and to bring firewood back to the island along with Costco purchases. I learned to manage during fog and stratus, and to avoid the thunderstorms. Boston and Cape Cod ATC is superb—center, approach, and tower—and very understanding of GA. I believe I became a much better pilot.

I’ve seen Nantucket grow as a destination. Years ago, a Bonanza or Baron was heavy iron. No more. As Nantucket was discovered its flight line became busy with jets from across the country. In the summer Nantucket is second only to Boston’s Logan as the busiest airport in New England. I guess I’m not the only one to realize the importance of having a destination.

Now I am 86. I found the next owner for the Baron and retired from flying. Fortunately, Nantucket is well-served by the commuter airline Cape Air to Boston and even some airline heavy iron. I sometimes sit in the right seat of a Cessna 402 as they trace the route I know so well.

L. Dennis Shapiro has amassed more than 5,000 GA hours in many models of aircraft. A retired electronics engineer, he lives in the Boston area.