Get the app Get the app
AOPA Members DO more LEARN more SAVE more - Get MORE out of being a pilot - CLICK HERE
News & Media First Flight: Cessna SkyCourier

Textron’s new Cessna SkyCourier 408, a twin-turboprop utility airplane introduced in November 2017, had its first flight on May 17. 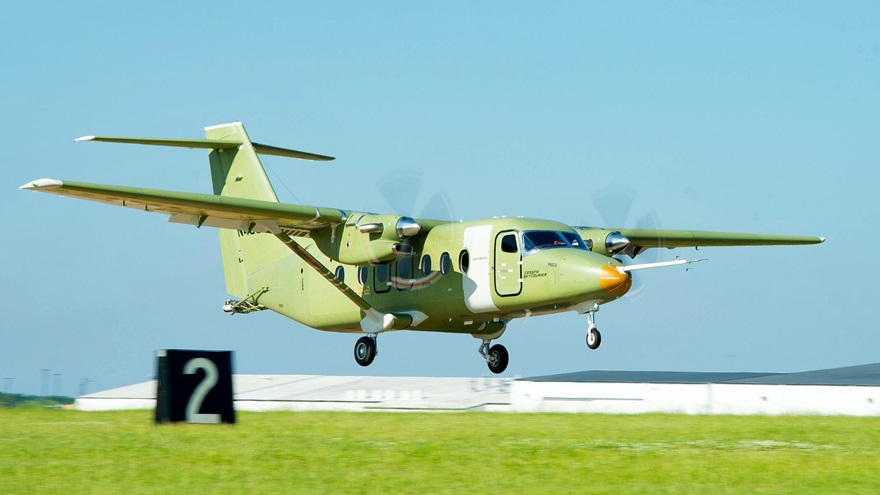 Textron's Cessna SkyCourier made its first flight on May 17. Photo courtesy of Textron Aviation.

The flight lasted two hours, 15 minutes and tested the airplane’s performance, flight controls, stability and control, and environmental systems, as well as the fuel system’s integration with the avionics and electrical systems. It also kicked off the rest of the airplane’s formal flight test program, which will continue with this prototype and five additional flight and ground test articles. Previous milestones included first engine runs on March 23, and first ground runs on March 27.

The airplane—a clean-sheet design—is equipped with two Pratt&Whitney PT6A-65SC engines of 1,100-shaft horsepower each. Max cruise speed is set at 200 knots and max range is targeted at 900 nautical miles. Textron says the SkyCourier’s range carrying 5,000 pounds of cargo is 400 nm. Orders for 50 SkyCouriers—with options for 50 more—have already been placed by FedEx.

With Garmin G1000 NXi avionics, single-point refueling, and the ability to carry three standard-sized LD3 shipping containers, the SkyCourier can also be configured to carry 19 passengers.

The flight was conducted out of Beech Field Airport in Wichita by Corey Eckhart, senior test pilot, and chief test pilot Aaron Tobias.

Ron Draper, president and CEO of Textron Aviation, said “The Cessna SkyCourier performed exactly as we expected, which is a testament to the entire team of men and women who worked together to prepare for this day … I’m proud of the way the team has persevered through disruptions caused by the COVID-19 global pandemic and remained focused on getting us to this point.”

The first SkyCouriers, which are priced at $5.5 million, are expected to enter service later in 2020. 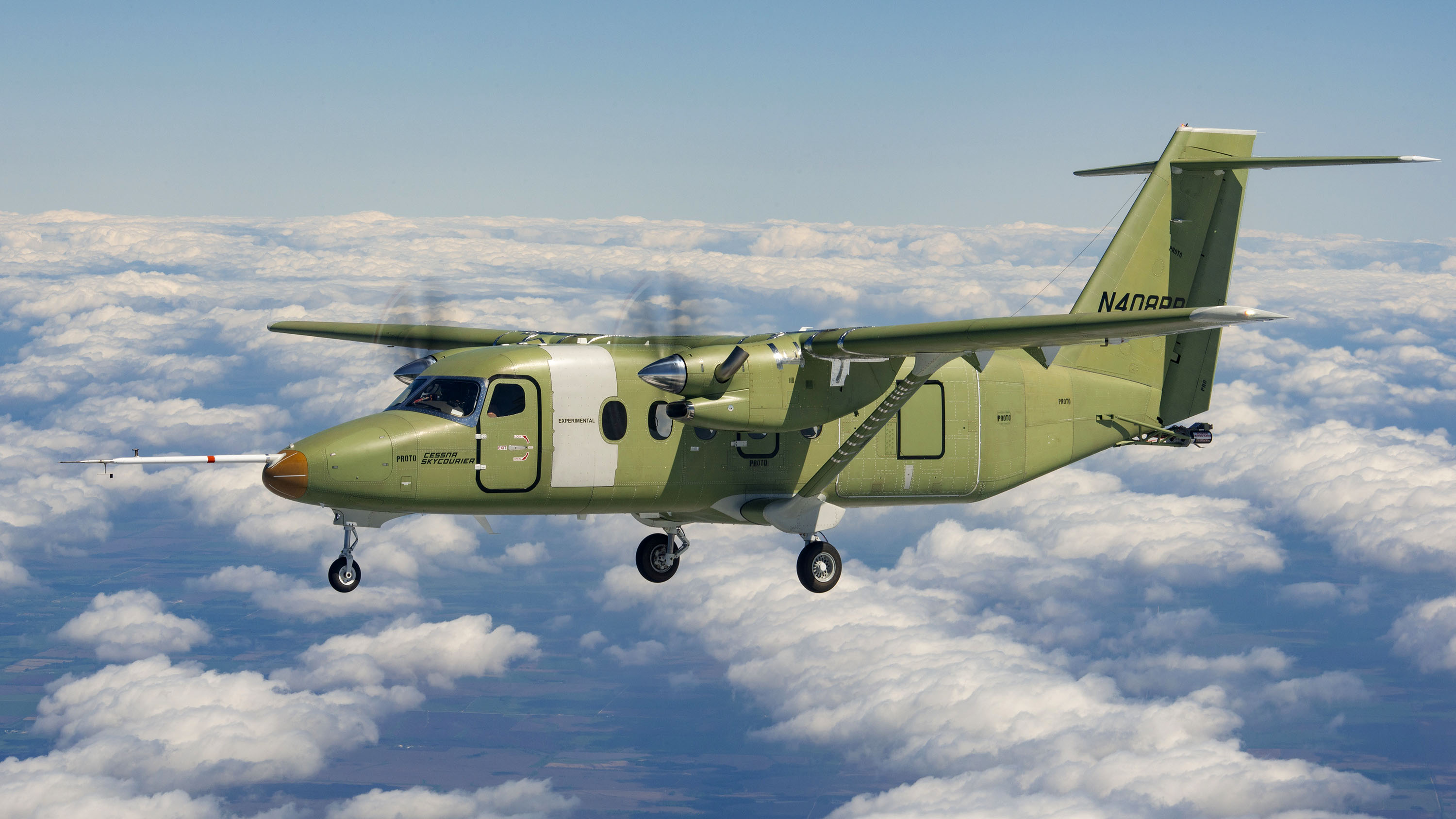