Get the app Get the app
Get the latest news on coronavirus impacts on general aviation, including what AOPA is doing to protect GA, event cancellations, advice for pilots to protect themselves, and more. Read More
Already a member? Please login below for an enhanced experience. Not a member? Join today
News & Media Always Learning: False alert

I was deep in the flare, steadily increasing the back-pressure on the control wheel as I held the airplane off the runway to achieve a full-stall landing. All three tires touched the runway at about the same time with a slight bounce, and the airplane coasted to a stop without the need for brakes. 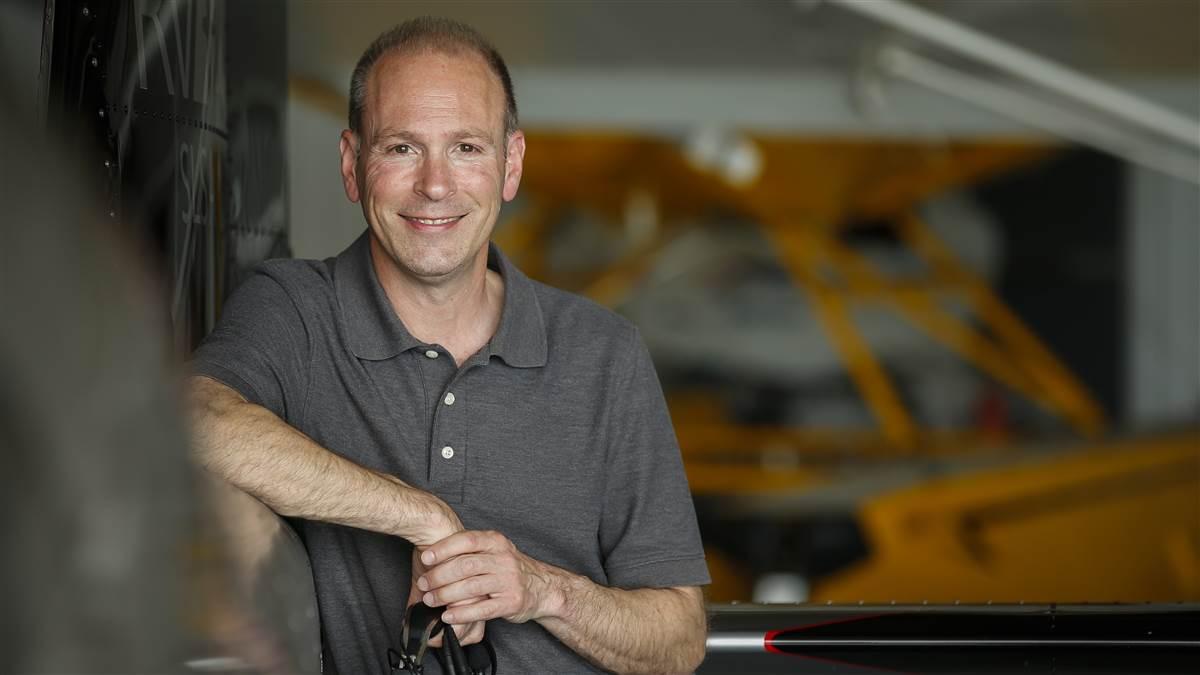 Vice President of Publications/Editor Kolling Stagnito installed both an ELT and ballistic parachute in the Rans S–6ES he built in 1997.
[email protected]

Check out these resources for Flight Training subscribers

How It Works: ELTs
aopa.org/hiw/elt

You Can Fly: Your path to become a pilot. For those dreaming of becoming a pilot, we dedicated a special issue of Flight Training to explaining what you can expect—from your first introductory flight in a general aviation airplane through initial training. Your subscription to Flight Training includes the You Can Fly digital edition, available at aopa.org/ft/youcanfly.

I was taking advantage of a breathtaking spring morning to fly to historic Dacy Airport (0C0) in Harvard, Illinois, a rarity with three intersecting grass runways and no pavement to be found. I turned into taller grass alongside the runway to taxi back for takeoff. This area was a little bumpy and I got jostled around a bit, but my tailwheel aircraft soaked it up with aplomb.

As I neared the approach end of the runway, I noticed a blinking red light on the emergency locator transmitter (ELT) panel-mounted indicator. An ELT, carried aboard most general aviation aircraft, sends a distress signal if its senses a high G force—an indication of a potential accident. I couldn’t imagine that the ELT had activated, as I didn’t think taxiing through the rough patch of grass had shaken the airplane enough to trigger an alert. I quickly pressed the ELT reset button and performed the before-takeoff checklist without giving the incident much thought.

As I was climbing out after takeoff, perhaps 300 feet above the runway, I noticed a call on my cellphone from an 800 number. I wish I could have answered the phone, as I suspected right away who might be calling, but I didn’t want to get distracted while in a critical phase of flight. As I pondered who might have just left a voicemail, I received a call from my son, then one from my mother in quick succession. Now I knew for certain what was happening. The Air Force Rescue Coordination Center (ARFCC)—responsible for coordinating search and rescue activities, which are mostly carried out by the Civil Air Patrol and the U.S. Coast Guard—was trying to determine if I was all right.

Recently, a 406 MHz ELT was installed in my Cessna. This newer type of ELT transmits a radio signal along with precise GPS coordinates, and it can be tracked by authorities via satellite (a benefit older-style 121.5 MHz ELTs no longer enjoy). The ELT must be registered with the U.S. National Oceanic and Atmospheric Administration, including aircraft and owner information—and two additional “24 hour emergency contacts.”

Within five minutes of my ELT activating the ARFCC had contacted me and everyone on my emergency contact list. Upon landing I didn’t even need to listen to the three voicemails waiting for me; I called the Air Force first and my concerned family next.

While I unfortunately contributed to the false alert tally in 2019 (there were more than 8,700 false alerts in 2017), I did learn that simply resetting the ELT if it has been unintentionally activated is not enough. You should call ARFCC at 800-851-3051, or any air traffic control facility, right away to make them aware of a false alert.

On the positive side, this experience gave me a tremendous respect for the people, process, and technology in place to coordinate our rescue if we ever have an off-airport landing.