Get the app Get the app
Get the latest news on coronavirus impacts on general aviation, including what AOPA is doing to protect GA, event cancellations, advice for pilots to protect themselves, and more. Read More
Already a member? Please login below for an enhanced experience. Not a member? Join today
News & Videos Around the Patch: No dumb questions

Lisa stood on the edge of the action at the hangar cookout in a way I immediately recognized. She didn’t know anybody, wasn’t sure how to integrate herself into the group, and probably felt a little out of place. 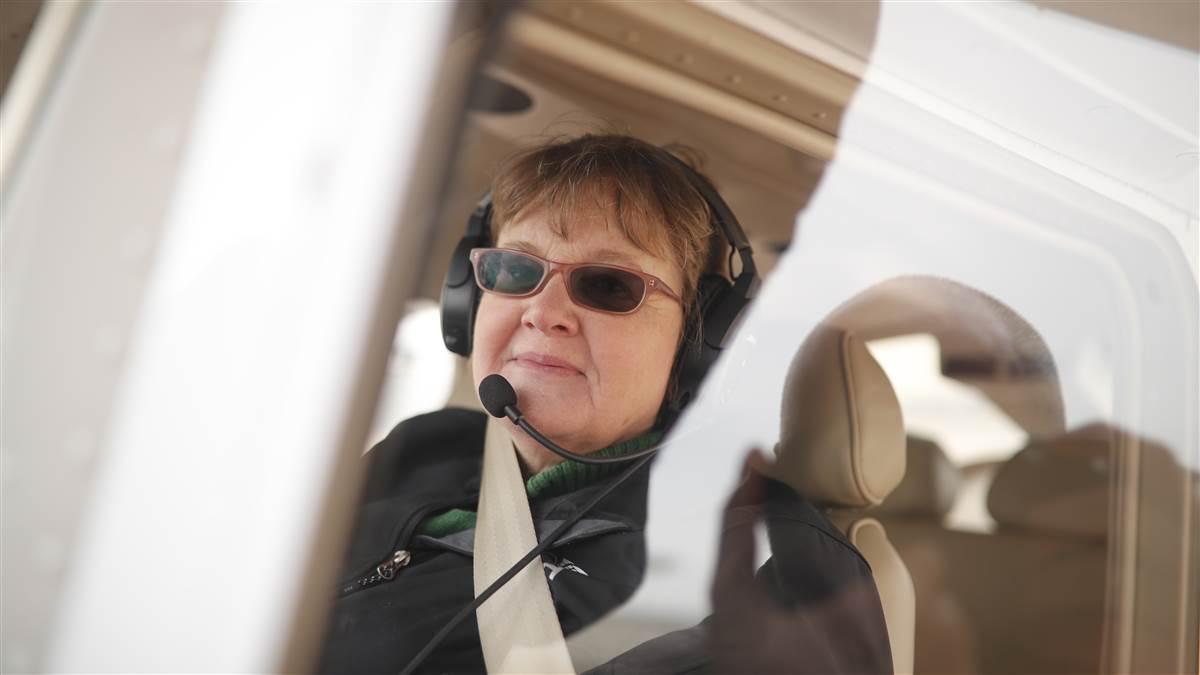 Technical Editor Jill W. Tallman is thankful to the many pilots who answered her questions at airport cookouts.
[email protected]

I went over to chat with her and found out three important things: She had driven probably 30 miles to come to this cookout. Aviation was a completely new world to her. Nobody in her family is a pilot, but she thought she wanted to give it a try.

“It will change your life,” I told her. She surprised me by asking, “In what way?”

I told her it would give her confidence. She would never again look at life’s challenges in the same way. They would pale in comparison to the achievement of flying an airplane.

Lisa started asking questions about the airplanes she saw—a Cessna 140 sitting outside the hangar where the cookout was happening, and my Piper Cherokee 140, parked inside my hangar right next door. Could these airplanes, for example, fly from Frederick to Ocean City, Maryland? I told her in the Cherokee 140 that’s an easy trip, no need to stop for fuel. Where else would she like to go?

She thought for a second. “Tennessee. South Carolina.”

Well, she’d need to make a fuel stop for Tennessee, maybe for South Carolina. I told her the airplane has a five-hour range, but I have a three-hour bladder.

“It will change your life,” I told her. She surprised me by asking, “In what way?”
Lisa wanted to know what it was like, learning the instruments of the airplane. That was a perfect segue for show and tell. She climbed into the left seat and I tried to give her a cursory explanation of the panel. The engine gauges looked familiar. Did she have a GPS in her car? Yes, she did, and she loved it. Well, here is a GPS, I said, pointing to the Garmin 430, and I love it too.

Lisa noticed my airplane didn’t have a pilot’s side door, but the Cessna 140 did. We climbed out, and I showed Lisa where the Cherokee 140’s fuel tanks were. Most small airplanes, I told her, have two tanks, usually one in each wing. Lisa said she thought that the fuel would be stored in the tail.

Earlier in the evening I had pointed out my friend Brenda, who owns a flight school, “so if you want to start lessons, she’s a great place to start.” But I had a feeling Lisa might leave the cookout without making that connection, and so I grabbed Brenda out of a conversation with another pilot and dragged her over to Lisa.

“The best way to find out if flying is really something you want to pursue is to take an introductory flight,” I told Lisa, “and Brenda can help you with that.”

Without missing a beat, Brenda took over, explaining what an introductory flight is and how much it costs. And if Lisa was willing, Brenda could look at her schedule right then and find her a slot.

Lisa was willing. Before she left the cookout, I had made sure she had my business card and knew where to find me on Facebook.

I’d like to tell you that Lisa is now a private pilot, but here’s what really happened: She scheduled an introductory flight; it got weathered out. I don’t believe she rescheduled.

Was that effort a waste? Not at all. Our community is too small to bypass opportunities. Perhaps, like the farmer, we need to recognize that for every handful of seed that is sown, only one or two plants will grow. But even one or two new pilots can make a big difference. I’ll keep looking for people like Lisa at the airport and closer to home, and I hope you will, too.