Get the app Get the app
Get the latest news on coronavirus impacts on general aviation, including what AOPA is doing to protect GA, event cancellations, advice for pilots to protect themselves, and more. Read More
Already a member? Please login below for an enhanced experience. Not a member? Join today
News & Videos Career Pilot: OK, boomer

Gen X or boomer? It’s not too late to begin an airline career

It bit hard and deep, that flying bug. Somehow you succumbed to that wonderful illness of aviating and earned those coveted FAA ratings years ago, maybe in your 20s. 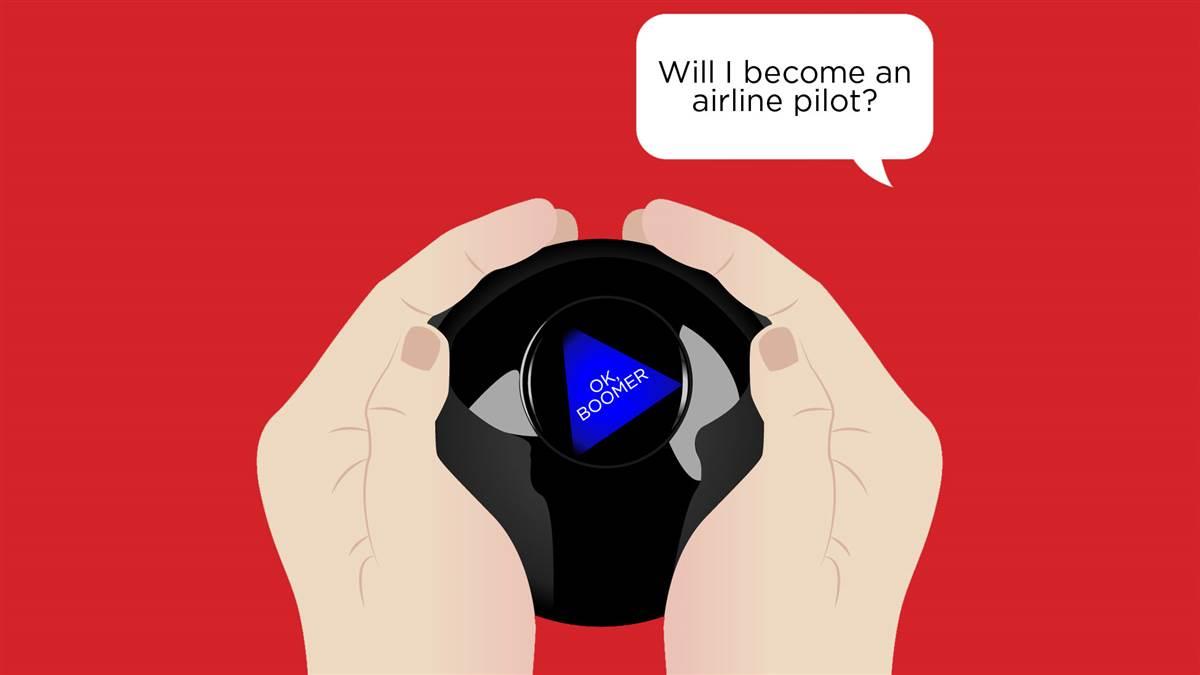 You thought often and wistfully of how you might chuck the rat race and trade your cube for a front seat in an airliner. Maybe you picked up a few hundred hours in a club airplane or rental, but the thought of putting big numbers in your logbook for the airline transport pilot certificate was just too daunting. Besides, you left your forty-fifth birthday in life’s rearview mirror long ago. If so, read on and dream big.

Mark Schroeder was in your boat. Long fantasizing about an airline career, he gave up after 9/11, got a corporate job, got married, and had kids. But, in 2016 he read about the urgent need for regional pilots; attended an AOPA Rusty Pilots Seminar; and joined a weekend Boeing 737-800 introduction career program conducted at American Airlines Flight Academy by the Airline Training Orientation Program, a company I founded in 1994 to encourage pilots to try out the airline environment. After all that, he decided to jump back in. Just three years later he captains a Bombardier CRJ for a name-brand air carrier.

It wasn’t easy. Schroeder said that his spouse was not thrilled about the drastic change of lifestyle, but she knew she wasn’t going to change his mind. “It was tough on my kids adjusting to my not being around for long periods of time,” he said. “I believe that this has been a great learning experience seeing their father make a lifelong dream happen, never giving up, and working extremely hard to succeed.”

Transitioning from a single-engine piston to a jet is a huge undertaking, Schroeder said. He recalled every waking hour spent cramming systems, the pilot’s operating handbook, and flight operations manual. But he made it.

So, how does it go when, as a new hire, you are old enough to be the captain’s dad? What does that 20-something Embry-Riddle graduate occupying the left seat think? Schroeder says, “I work with many younger pilots fresh out of college, but I’ve never had an issue getting along with my crews. One of the things you aren’t taught in training is how to deal with different personalities being three feet apart on a four-day trip.”

“The whole career change has been mind boggling as well as challenging at times.” —Fred HannonLike most of life’s adventures, there is an upside and a downside.

The good: “It’s an amazing and rewarding job. It’s always intriguing how passengers at the gate look at you, knowing their life is in your hands. I enjoy seeing different parts of our country. On long layovers I try to get out to experience what each town has to offer.”

The challenges: “Obviously being away from my kids and missing many of their activities. Staying healthy and eating right can be a chore. Our sleep schedule is also challenging. Some trips start late in the afternoon and can end well past midnight, then shift to a 0430 report time and last the day.”

Then there’s Fred Hannon. Like so many aviation dreams, reality intervened with spouse, children, mortgage, and on and on. Hannon earned his private pilot certificate in 1984 thanks to the flight school at Lansing Community College in Michigan. With his Beechcraft Musketeer, he built time flying cross-country trips and consuming pancakes and $100 hamburgers. Some 30 years after earning his private pilot certificate, he checked into the ATOP program at JetBlue to get a dose of airline life, and he was hooked.

Hannon says, “After a few months of nagging my wife how much I was hating my current career, she told me perhaps I should look into other career avenues. I started scouring aviation job classifieds and I was dumbfounded on the amount of jobs available. I was skeptical due to my age of 54. I applied at numerous airlines with just a shade above 600 hours’ total time. I accepted an offer from Cape Air in August 2018, as a first officer. I attended their training in Hyannis, Massachusetts, and two months later I was headed to actual line flying.”

Cape Air, a partner in JetBlue’s Gateway program based in the northeast, is a substantial FAR Part 135 operator with more than 88 aircraft in its fleet, mostly Cessna 402s. To fly air taxi, you can fly second-in-command with only a few hundred hours and count that time as second in command time under FAR 135.99—even if the twin-engine or turbine-powered aircraft does not require a SIC by type—as long as the operation meets certain requirements. A good amount of SIC time can be applied toward the ATP certificate requirement.

“The whole career change has been mind boggling as well as challenging at times. I absolutely took a significant pay cut coming from a 20-year career with perks and benefits, but we worked through it as a team. Thank goodness my wife is awesome and sacrificed [by] working a second job in the transition. The training at Cape Air was so intense there were times I kept telling myself I don’t know if I’m going to make it but with Cape Air’s fantastic training department, they got me through it.” Hannon flies the Cessna 402 on Midwest routes and will transition to the new Tecnam 2012 Traveler in 2020.

Like Schroeder, Hannon acknowledged challenges and rewards. “There are many lonely nights away from your loved ones. But there are perks like worldwide travel. Your network of friendships becomes enormous as the different crews you fly with become near and dear friends. Airline life is long hours and challenging weather flying. I never dreamed I could become an airline pilot at 54 but here I am.”

For Hannon, there is this icing on the cake: “My wife has seen my improved attitude and happiness, so much so that she is considering following in my footsteps.” Can it be any sweeter? This could be you. FT