Get the app Get the app
Get the latest news on coronavirus impacts on general aviation, including what AOPA is doing to protect GA, event cancellations, advice for pilots to protect themselves, and more. Read More
Already a member? Please login below for an enhanced experience. Not a member? Join today
News & Media Five Questions: Courtland Savage

Creating a new culture around aviation

Courtland Savage did not grow up wanting to learn to fly, but his dreams soared after the election of President Barack Obama. 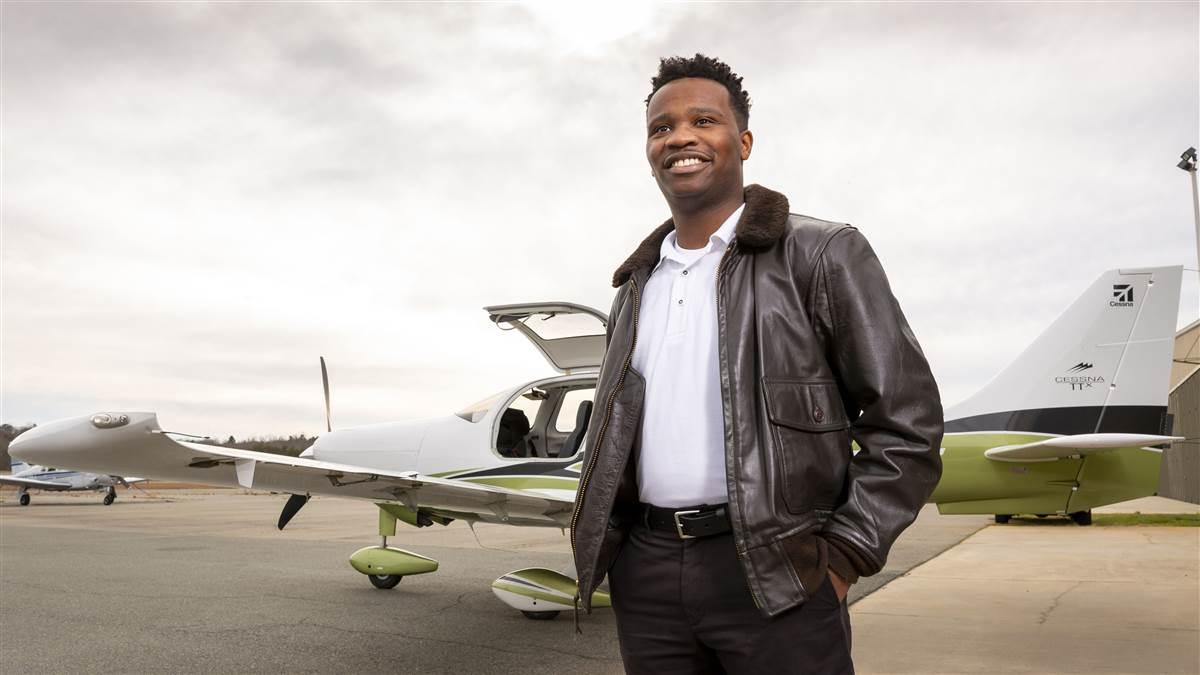 Savage is a former military pilot, now flying for a regional airline. He founded Fly for the Culture, a nonprofit organization that aims to give underserved children a chance to see what aviation is all about.

How did you get started in aviation? I was about to graduate high school, and I didn’t know what I wanted to do in life. I knew I wanted to do something different, out of the norm, that African Americans usually don’t do. It was 2008, and Barack Obama became president. I joked that if a black man could become president, I will fly airplanes. I looked up a flight school and did an introductory flight in North Carolina. I’ll never forget it. I remember we took off and I knew immediately it was what I wanted to do.

What’s your favorite aircraft? The C–17 Globemaster, the first I worked on [in the U.S. Air Force Reserve] and wanted to fly.

What were your biggest challenges? My parents were skeptical [when I started learning to fly] because I never completed anything. [But] they cosigned me for my first loan. I worked at a hospital washing pots and pans to pay for the loan.

Do you have a favorite aviation-related activity? I’ve flown F–18s, but [taking children on flights], seeing their eyes open to something that they never even thought could exist, was the greatest feeling in my life.

What’s next for Fly for the Culture? Not everybody is going to be a pilot. I want to show [opportunities on] the maintenance side, air traffic control, the FAA, NTSB, FSDOs…every little thing that is the aviation industry.