Get the app Get the app
Already a member? Please login below for an enhanced experience. Not a member? Join today
News & Media Flight Lesson: Troubleshooting on top

I had just earned my instrument rating, and decided to take my first solo IFR flight, since the weather was perfect to fly through clouds below the freezing layer for some time in actual instrument conditions. 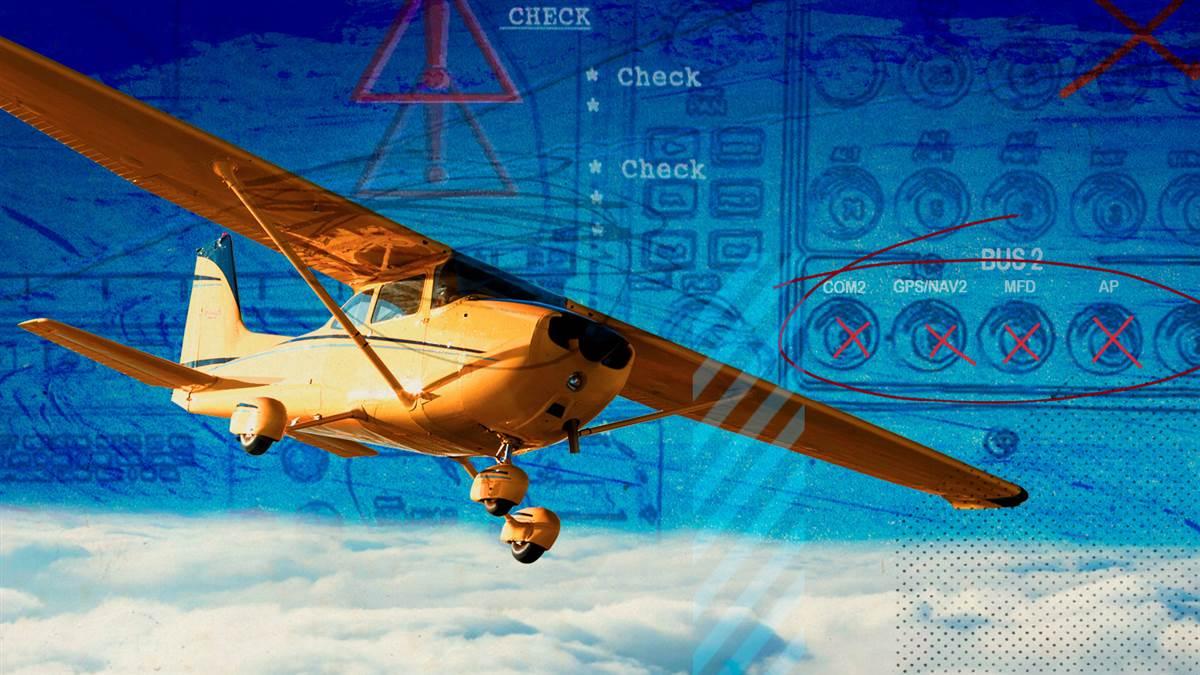 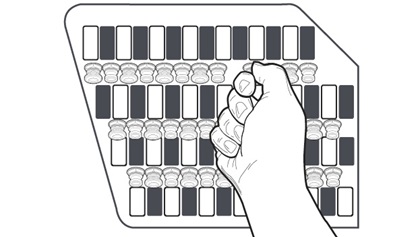 “It was essentially a partial-panel situation, but I hadn’t lost anything vital.”

Diagnosing a fire when you don’t see flames

Avionics failures and other abnormal behavior of electrical components may be signs of a hidden electrical fire. The AOPA Air Safety Institute recommends shutting down all unnecessary electrical equipment if a fire is suspected, and keeping a small Halon fire extinguisher handy in the cockpit just in case.

I was flying a new-to-me club Cessna 172S with a Garmin G1000 and a KAP140 autopilot. I’d had equipment failures before—everything from a vacuum failure to a cracked cylinder—but never in the clouds.

I was climbing in clouds through 3,000 feet msl to my en route altitude of 7,000 feet, and knew from area pilot reports that the cloud tops were around 6,000 feet. With the autopilot on, I was tracking a GPS course direct to the destination’s initial approach fix.

The first indication of a problem was that my number-two com radio went intermittent while I was trying to pick up the automatic terminal information service (ATIS) for my destination. While troubleshooting the radio failure and checking the electrical system, I heard a terrible noise behind me—which I later realized was likely the autopilot servo. I switched off the autopilot, but the damage seemed done.

The autopilot circuit breaker had not popped, but everything on Bus 2 went intermittent: no multifunction display, number two com, nav radios, or autopilot. I reported the malfunction to ATC and requested an altitude/vector out of the clouds. It was essentially a partial-panel situation, but I hadn’t lost anything vital, and my battery/alternator indications were normal. I was primarily concerned with the circuit causing a fire or another electrical issue.

A few minutes later, I broke out above a solid cloud deck that was breaking up to the south. I ran the autopilot emergency procedure checklist and pulled the breakers for the Bus 2 equipment I could live without. At this point, I could shoot a familiar approach back into my home airport, where the cloud bases were well above the minimums and which would minimize my time in the air, or I could proceed in visual conditions above the clouds to an area where a VFR descent and landing would be possible at another airport. The latter option would have taken me several miles over open water.

I requested vectors to final for the approach back to my home airport, and the approach and landing were uneventful. On the ground, I found the Bus 2 rocker switch had welded itself in the open position.

ATC is your best ally, especially flying single-pilot IFR. In extremely busy airspace, the approach controller still did everything he could to help, including an amended route and approach clearance on the fly.

Don’t panic. I wasn’t in immediate danger, I had my primary instrumentation, and all the instruments and navigational equipment I needed. It was an entirely manageable situation.

Know your systems. Knowing what systems mapped to which part of the electrical system made it easier to determine what I’d lose by pulling a breaker.

If you’re concerned, declare an emergency. This lets people on the ground know that things could get worse and will ensure that emergency services are available if you do end up needing them.