Editor's note: This story was updated to correct the name of the 111th Aerial Photography Squadron.

“It’s the airplane’s perfume. Like my mother is still there.” 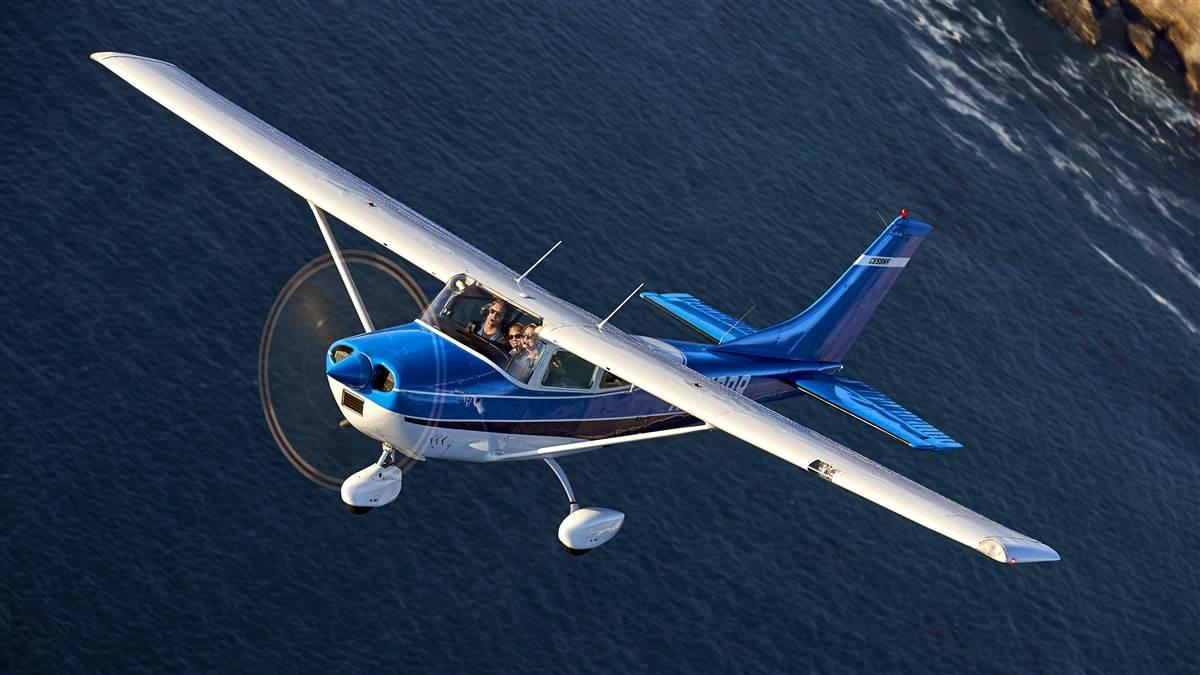 Julie Belanger and her daughter Niki Britton are trading stories about the 1969 Cessna Skylane Belanger’s mother bought in 1969. Jan Perch was married to a strong-willed, patriarchal businessman who, from 1958 until 1970, ran what became the nation’s largest recreational vehicle manufacturer. Irv Perch owned Aristocrat Trailers, which had facilities in Morgan Hill, California; Boise, Idaho; and Frankfurt, Indiana. He flew to meetings in those cities in a Beechcraft Queen Air, flown by a corporate pilot.

“The pilot was very handsome and so my mother would sit up front with him,” Belanger said.

Jan Perch earned her pilot certificate in 1967, when she was 37. “My mother would never think of herself as a flying pioneer, because at first she only wanted to learn ‘just the basics’ to help out if something happened to the corporate pilot my father had hired in 1965 to fly the company business airplane,” said Belanger.

Her husband initially bought his wife a used Cessna 150, but she was not content with its size limitations. So, he told her she could buy any aircraft she wanted and in 1969 she purchased a custom-made Cessna 182 directly from the company.

“She picked out the color, the interior, and had it delivered direct from the factory, and she flew that airplane her entire life,” said Belanger. 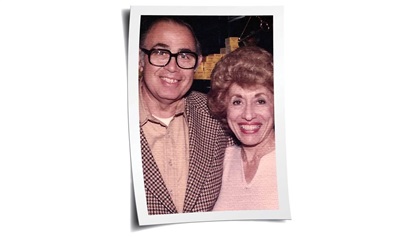 Julie Belanger’s parents, Irv and Jan Perch (his father had shortened and Americanized the name Perlitch), must have been a hoot. The couple used his success to ensure that people had a good time. The most visible result of their largesse was The Flying Lady Restaurant, once one of the largest restaurants in the world. Irv Perch was an avid collector of many things, but especially aircraft. When he opened the 2,000-guest, three-level restaurant on 200 acres in the hills overlooking Morgan Hill, California, he named it in honor of his wife—the flying lady who piloted a 1969 Cessna 182 Skylane.

He purchased a 1929 New Standard as the restaurant’s hallmark and painted it as The Flying Lady (Julie and her husband, Pat, would marry in the airplane in 1993). Perch also owned the 1929 Ford Trimotor featured in the 1984 movie Indiana Jones and the Temple of Doom. Harrison Ford and Stephen Spielberg dined at the restaurant. Perch had a local wood carver create carvings of Holly-wood celebrities throughout the restaurant. Of her father’s collections, Belanger said “he was fun to go shopping with,” having once purchased 100 clown paintings from an artist to display in the restaurant.

Her mother did not cook (“perhaps that’s why my dad opened a restaurant”) but the gift shop was her mother’s pride and joy—after the Skylane, of course. Who wouldn’t want to buy a stuffed bear on roller skates? There were seven full-size antique aircraft hanging from the ceiling of the massive restaurant, as well as 100 scale model aircraft “flying” around the restaurant—on an ingenious use of a dry cleaner’s clothing track. A grass airstrip was also the eleventh hole of the property’s 18-hole golf course. An accident on the restaurant site and subsequent lawsuits grounded the popular restaurant in 1994. Irv Perch died in 2008 and his wife in 2010. —JSW

“When my mother got her pilot certificate in the 1960s, it was very, very rare for a woman to get her pilot’s license,” Belanger says. “So when I decided to get my certificate—I was 16, I didn’t even have my driver’s license—my mother gave me this advice: When you are talking on the radio, speak in the most feminine way that you can so that you stand out and the controllers will treat you very, very well.”

Belanger is probably a lot like her mother was—strong-willed yet feminine. A flying lady, if you will. Britton, the third generation of female pilots, is similar but claims she had a “confidence problem” before earning her pilot certificate. She was too young to share flying experiences with her grandmother but says she’s sure her grandmother would appreciate the opportunities for women in aviation today. Britton wears her grandmother’s wedding ring. “It’s as if she were with us,” Britton says of flying the 182.

Belanger flew cross-country with her mother twice. Neither wore headsets because Perch said she wanted “to hear the airplane.

“She’d use a handheld mic and I’d want to have a conversation, but she’d just say, ‘fly the airplane,’” said Belanger.

When Belanger got her pilot certificate her mother said, “that’s nice.” When she married Pat Belanger, “my mother gave him the keys to her airplane!”

The Skylane was shared with other family members including Perch’s son Bruce, who owns aviation mainstay Bruce’s Custom Covers (see “Pilot Briefing: Gotcha Covered”). But when Belanger’s husband, Pat, retired from the airlines and the Air National Guard, the couple started looking for something to do in retirement. He suggested aerial photography—from the Skylane.

“I thought it was a stupid idea,” she said.

So, the couple went flying around their home in the Silicon Valley. Julie was the pilot, Pat was taking the photos.

“But, like a man, he was criticizing my flying, so I said let’s switch. When I put that camera lens up to my eyes I thought, this is what I am going to do for the rest of my life. It was an epiphany,” she said.

Pat had retired from the National Guard before becoming a wing commander so he suggested they call the business the 111th Aerial Photography Squadron—so he would “finally have my own squadron,” and so they’d be first in the phone book when people went to search out aerial photographers. While that plan didn’t quite work initially—the phone book listed businesses phonetically—it did work when the internet became commonplace and Yahoo search results began with numerals.

Through the years, the company has had many successes—photographing commercial real estate, construction progress for companies such as Apple when it built its campus in the valley, and the progress of the San Francisco 49ers stadium. And Belanger always hoped her daughter Niki would join them. But she always said no.

“Then one day I’m sitting in the office looking at this beautiful airplane and wondering why I’m not flying it. I realized the time was now, it was my time. So, I told my dad I was getting my license and I did,” said Britton.

Typically, when she went to apply for the piloting job at the company, her mother quipped, “I’m not hiring right now.” But it was easy to convince her. “She’s a better photographer than I am and she’s a better pilot than I ever was,” Belanger says of her daughter.

Today, it is Britton who flies the aircraft out on photo missions, turning over the flying duties to her father when they get to a site. She climbs into the back of the aircraft where they have installed a photo window (up front the strut would be in the way) and takes photos. With the advent of drones, some of the real estate business has disappeared, but now they do aerial mapping. Britton’s specialty is nighttime and low-light photography.

“It’s such a unique job. I don’t know what I’ll be doing from day to day. It keeps me on my toes. It’s never boring,” she said.

“My mother was a very stylish woman and she loved and babied that airplane from the moment it came to her,” says Belanger. “Now it is in our hands and it is our responsibility to keep her flying.”

In addition to avionics and performance upgrades the airplane has had a cosmetic enhancement in the form of a new blue-and-white paint scheme. However, there is one thing that has changed that Jan Perch might not appreciate: the wheelpants. Where there was once stylish, color-coordinated factory-installed wheelpants, the airplane now sports plain speed wheelpants.

“It’s like she used to wear beautiful designer stilettos and now she has to wear ugly white nurses’ shoes,” says Britton.

Britton appreciates the 182’s legacy. “It is so cool to have this airplane that my grandmother flew. It’s old but it looks good and it flies good as well.”

“We can feel her in the airplane each time we fly. She would say that no matter how bad a day she would be having or if there was a heavy burden to carry on her shoulders, when she took off, for just a moment, she was weightless.”