Get the app Get the app
Already a member? Please login below for an enhanced experience. Not a member? Join today
News & Media AOPA Action: Election 2020

As we have done in previous elections, AOPA staff asked the presidential candidates for their views on and experience with general aviation. AOPA staff contacted both the President Donald J. Trump (R) and Joe Biden (D) campaigns. 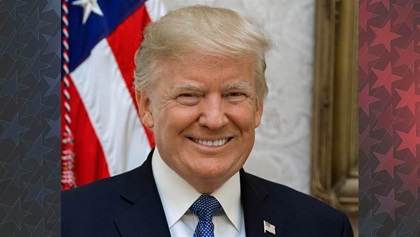 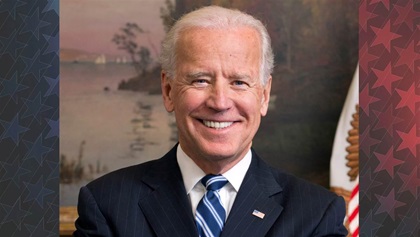 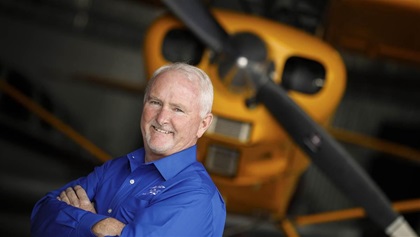 “AOPA was founded on the mission to protect our freedom to fly and to keep general aviation viable for generations to come. We are fortunate as aviators and Americans to live in this great country and we will always be indebted to those who have fought to preserve our freedoms throughout our nation’s history. No matter where you align politically, I encourage you to exercise that freedom, take part in our democracy, and vote on November 3.” —AOPA President Mark Baker

In 2016, AOPA Pilot received responses to its questions from the Hillary Clinton (D) campaign but did not receive a response from the Trump campaign (“Pilot Briefing: AOPA 2016 U.S. Presidential Candidate Questionaire,” AOPA Pilot, November 2016).

“President Donald Trump holds great respect and appreciation for general aviation, feelings he formed long before moving into the White House. The president has worked with the general aviation community throughout his life, as he built a successful business, and relied on air travel and the great pilots of the community, all along the way.

The president knows that general aviation represents the best of American ingenuity and fortitude. The Wright Brothers brought us powered flight with their historic achievement in 1903 at Kill Devil Hills near Kitty Hawk, North Carolina and today, general aviation contributes over $246 billion annually to our economy and hundreds of thousands of jobs.

From fighting forest fires, to flying in aid and supplies after a flood or hurricane, the general aviation community is often on the frontlines of helping their fellow Americans.

It is also important that our nation’s youth have opportunities in STEM aviation education as our next generation of aviators must be prepared to meet the challenges of tomorrow and help keep our nation’s leadership role in aviation and aerospace.

President Trump realizes the immense economic impact of general aviation, and the incredible job opportunities it presents. In 2018, more than 210,000 general aviation aircraft logged 25.5 million flight hours in the United States, according to a PWC report. This includes planes and aircraft of all sizes, from large jets to small helicopters. Activities include tourism, sightseeing, medical support, agricultural work, training and commuting for American workers living and working in remote regions of the country. And just like in other areas of public policy, President Trump understands that, while the government does play a role in protecting the general aviation community, it’s often best to keep government out of the way. The president understands that the best way to unleash America’s innovative spirit is to cut down federal government regulations and bureaucratic red tape. It’s why, under President Trump’s leadership, nearly eight federal regulations have been terminated for each new regulation added.

Americans are fortunate to have the freedom to fly in this country, and that freedom must always be protected. President Trump is a friend, and supporter, of the general aviation community.

As the nation continues to combat the global pandemic, and looks to safely re-open, it’s imperative to have strong, focused leadership. President Trump ushered the American economy to new heights before the pandemic artificially shut down the economy, and President Trump is the only candidate who can do it again.”

Joe Biden: AOPA Pilot did not receive a response from the Biden campaign as of press time (each candidate was given six weeks to respond).

AOPA push gets applications back on track

The FAA announced that it will soon accept electronic applications for two Aviation Workforce Development Grant programs that AOPA considers critical to general aviation’s future. Notices published in the Federal Register that outlined the programs’ criteria and opened 15-day public comment periods signal the end of a two-year logjam during which the programs—both created by the FAA Reauthorization Act of 2018, and each providing $5 million in grants for fiscal 2020—were authorized but remained unimplemented.

The FAA’s inaction on the programs since their creation invoked the ire of many in Congress, who expressed their frustration in recent letters to the Department of Transportation and the FAA noting that aviation education, the aircraft maintenance industry, and blunting the impact of the coronavirus pandemic all would benefit from prompt implementation.

In September, the FAA announced the public comment period for the Aircraft Pilots Workforce Development Grant Program, for which Congress appropriated $5 million in fiscal 2020 to “create and deliver a training curriculum to address the projected shortages of aircraft pilots.”

The FAA said it plans to follow up with a notice of funding opportunity on or about November 13 for the program that will “expand the pilot workforce and will help high school students receive training to become aerospace engineers or unmanned aircraft systems operators. The program also prepares teachers to train students for jobs in the aviation industry.”

AOPA strongly supports science, technology, engineering, and math, or STEM, education for high school students and works to advance it through the AOPA High School Initiative, a component of its You Can Fly program, to support and grow the pilot population.

The FAA also implemented a comment period for the Aviation Maintenance Technical Workforce Development Grant Program, intended “to to academia and the aviation community to help prepare a more inclusive talent pool of aviation maintenance technicians, to inspire and recruit the next generation of aviation professionals.”

As with the other program, publication of a notice of funding opportunity is expected around November 13.

A panel of medical experts that has helped AOPA accomplish major advocacy goals in the past will weigh in once more in 2020 as AOPA urges the FAA to act on key proposals to modernize and streamline the medical certification process for pilots.