Get the app Get the app
News & Media Musings: Connections

Father and son, airplane to airplane

About 40 minutes northwest of Houston is the suburb of Tomball, Texas. In the early 1970s, before Interstate 45 became five lanes, Tomball was a far-flung outpost with a population of fewer than 3,000 residents, a single traffic signal, and an airport named Hooks Field (DWH). 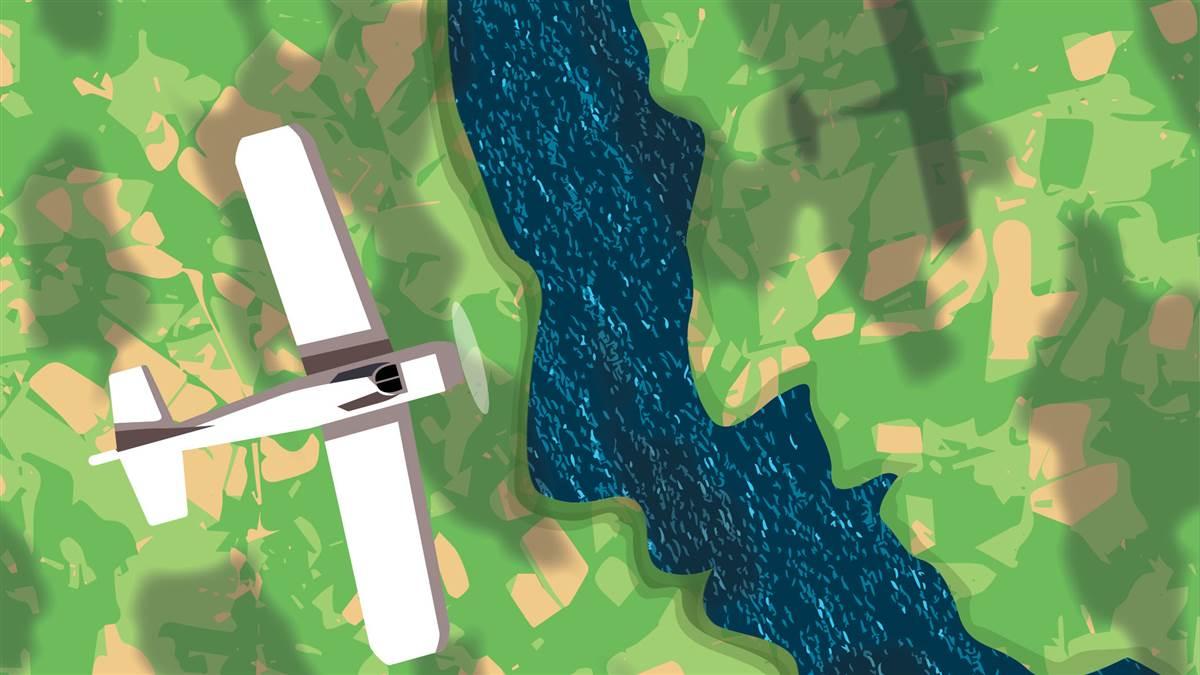 My father was present when Charles Hooks, a client at his law firm, opened the airport to the public in the 1960s. And, it was at Hooks (later renamed David Wayne Hooks Memorial Airport) that Dad first flew N9426J, a 1966 Piper PA–28-180C Cherokee he and two friends purchased in 1972.

Some of my earliest memories are flying around Texas with my family in N9426J, including a trip to the Gulf Coast where we landed at the abandoned Matagorda Island Air Force Base and walked to the beach for a picnic before flying home. As the island was not accessible by car and had no regular ferry service, this was an experience only a private aircraft could provide. My father’s interest in aviation firmly planted the love of flying in me.

Five years after purchasing 26J one partner wanted out, another had health issues, and a decision was made to sell. While my dad reluctantly sold the airplane, he always talked about wanting to fly again.

For years after and whenever our family would pass Hooks on the way home from our favorite Mexican restaurant, I would lobby Dad to pull over at the north end of the field so we could watch the airplanes take off and land, an activity I enjoy with my own family decades later. I regularly asked Dad to start flying again. He logged some instruction hours in the 1980s and even as late as 1997, but that was about it. I promised myself that when I got older, I would become a private pilot and, just like dad, have my own airplane to fly my family across Texas.

In 1997 I soloed at Hooks just like Dad, but it wasn’t until my birthday in 2001—when I turned 30—that I passed my private checkride at what then was named Palwaukee (PWK) near Chicago. The same age my dad had gotten his certificate. Life got busy, I worked for an international company and moved my family around the world, but I’d rent an airplane whenever I got the chance, including logging several hours in Sydney, Australia.

While in Seattle in 2011 and on a lark, I decided to look up my dad’s airplane, N9426J, online. I wanted to know if it still existed. Turns out not only did it exist, but it was an active registration. I decided I wanted to do whatever I could to buy it back. I wrote a good old-fashioned letter to the registered owner, Sammy Wham, that I grew up flying in his airplane, and if there was ever a day he wanted to part with it, I’d welcome the opportunity to purchase it from him. I included my Email address, and a week or so later, I got a nice message in my inbox saying he wasn’t interested in selling but encouraged me to stay in touch.

In early 2013 and living in Bangalore, India, I Emailed Sammy. It had been more than a year since we last corresponded. He had been looking for me but couldn’t find my Email address. He explained the time had come for him to pass 26J on to the next owner, and he wanted that person to be someone who would care for the airplane as much as he had. We were moving back to Texas that summer and offered to buy the airplane immediately to avoid the risk of him finding another buyer.

An AOPA title search revealed my dad’s unique signature on the scanned forms from the purchase and sale in the 1970s. It was a surprise to see his signature on the documents. I also learned Dad bought the airplane on my first birthday, solidifying my connection with the aircraft.

While 26J had a just a handful of owners over the decades, Sammy had it the longest and kept it hangared for nearly 20 years. It had relatively low total time and a prebuy inspection revealed it was in great shape.

Throughout the prebuy and sales process, I got to know Sammy, of Laurens County, South Carolina. He was an avid aviator as well as an airport savior, having helped Laurens County Airport secure significant funding for runway improvements. With the inspection complete and after thorough review of the logbooks, Sammy and I quickly worked out a deal.

I hadn’t flown in the two years we lived in India, but my friend, Todd Walker, is a CFI and offered to help bring 26J back home. Sammy gave a tearful goodbye to his old airplane, and he asked for a flyover before we headed west. I’ll admit my flying skills were a bit rusty as I delivered a less than graceful low-pass salute before putting us on a heading back to Texas. I promised Sammy I’d stay in touch.

Although in good shape, repairs were needed, such as the exhaust system, alternator, regulator, fuel pump, and battery, along with upgrades including a new panel that included an Aspen PFD, new com/nav radio, intercom, GPS, and ADS-B transponder. I kept Sammy up to date on the improvements, sending him pictures while we swapped best practices on the nuances of operating 26J. “Oh, my baby!” was one of Sammy’s replies when I sent him a photo of the dismantled panel. Seven years on and I still send Sammy videos and pictures.

I purchased the airplane unbeknownst to my father because I wanted to surprise him. After several months, performing the initial repairs and waiting for the weather to cooperate, it was time. I told my dad I had access to an airplane and wanted to fly in to see him. Although he lived in Houston, I asked him to meet me at Hooks.

He got there early. Like most pilots he loved hanging around the airport. He told me later he heard his old tail number on the FBO’s scanner, not knowing it was me speaking with the tower. He said to the person at the FBO counter someone must have registered his old N number. As I taxied up to Gill Aviation, Dad came out to the ramp. I’ll always remember his look of shock. After I shut down and got out, I explained to his disbelief and amazement that it was, in fact, “his” airplane—serial number and all. It was an incredible moment.

In 2017, I flew down from Dallas to evacuate Dad in the aftermath of Hurricane Harvey, as he had no power for several days. Not wanting to burden ATC with a special clearance into the TFR around Houston at that time, we chose to rendezvous just north in Huntsville (UTS). Dad reminded me that Huntsville is where he had a blowout in 26J when landing on his first solo cross-country. He had always made it sound like a defective tire, but I had a feeling it could have been his then-student-pilot landing skills.

We flew back to Dallas that afternoon, together again in 26J—something we hadn’t done in 42 years. We didn’t talk much; instead we listened to the engine and the radio with Dad instinctively on the controls. That day was also the last time we flew together. Dad developed dementia not too long after, and we moved him into full-time care. While packing his stuff, I found a box full of files and paperwork. I was about to throw it away when I noticed Dad’s logbook on the bottom of the box, tucked under a flap. I hadn’t seen it in decades. I flipped through it, seeing entries of dates and hours in his unique handwriting. One entry stood out: it was a local flight on July 30, 1972, and in the log, he wrote “John’s first flight.” I had no idea, but my first flight ever was in the airplane I now own.

Dad died in April from complications of COVID-19, his life ending much sooner than we expected.

I went out to the airport to fly 26J a few days after Dad passed. I’d done my preflight hundreds of times, but it felt different that day. It was all the same motions but when I ran my hand along the leading edge of the wing, I was reminded that Dad did the exact same thing on the same airplane 40 years before me. A wave of gratitude washed over me. I’m grateful for the connection a 54-year-old Piper Cherokee 180C created between a father and son.