Get the app Get the app
AOPA Members DO more LEARN more SAVE more - Get MORE out of being a pilot - CLICK HERE
News & Media Proficiency: Recovery procedures

A better understanding of inadvertent spirals

With just a few flight hours as a student pilot, you knew how to recover from an inadvertent descending turn: reduce the power, roll out of the bank, and return to level flight or initiate a climb to regain altitude. 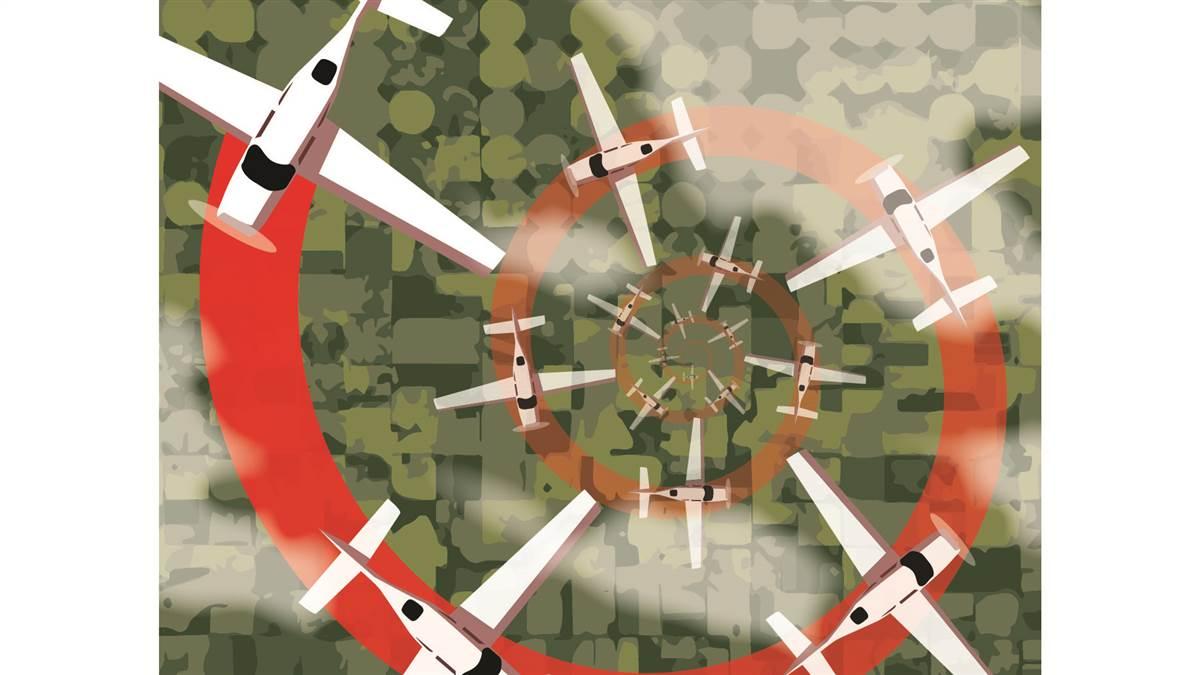 Those descending turns, or spiral dives, were generally shallow so the technique you used, including the order of the steps, wasn’t so critical. On that beautiful day with a well-defined horizon, you easily recovered, leveled off, and regained the original airspeed.

During a flight in instrument meteorological conditions (IMC), it’s easy to enter a spiral dive. When practicing instrument approaches and consulting approach plates in my lap, I am often surprised to look up and find the aircraft in a bank and starting to descend. The Instrument Flying Handbook defines a graveyard spiral as one in which the pilot doesn’t recognize that the aircraft is turning and warns that it can lead the disoriented pilot to a loss of control of the aircraft. Without realizing the aircraft is in a turn, the pilot might pull back on the yoke and make the situation even worse. Although the aircraft nose can get low in a spiral dive, pushing forward on the yoke is part of the recovery procedure.

In his online textbook, See How it Flies (av8n.com), author and flight instructor John Denker presents the aerodynamics of the inadvertent spiral starting with angle of attack stability. Although many instructors teach that we trim for an airspeed, Denker demonstrates that the elevator trim essentially fixes the angle of attack of the wing instead. The manufacturer sets angles of incidence for the wing and the tail so that the wing flies with a higher angle of attack than the tail. The difference between the two angles is called decalage. A greater decalage value means that upon disturbance the aircraft will return to its trimmed angle of attack more quickly. For most conventional aircraft, the tail typically has a negative angle of attack (the tail gives a down force) so the decalage is certainly a positive value. If a gust of wind increases both angles of attack then the tail will pitch up, the nose will pitch down, and the wing returns to its trimmed angle of attack.

Loading an aircraft with a rearward center of gravity means the wing is flying at a lower angle of attack and with a faster cruise speed. But doing so decreases the decalage and that results in reduced angle of attack stability. The aft limit of the weight and CG envelope is set to ensure the stability required by certification standards. Loading the aircraft with a forward CG improves the stability but means the tail must work harder, so the forward CG limit is set by tail effectiveness (see “New Airplane, New W&B,” August 2020 AOPA Pilot). 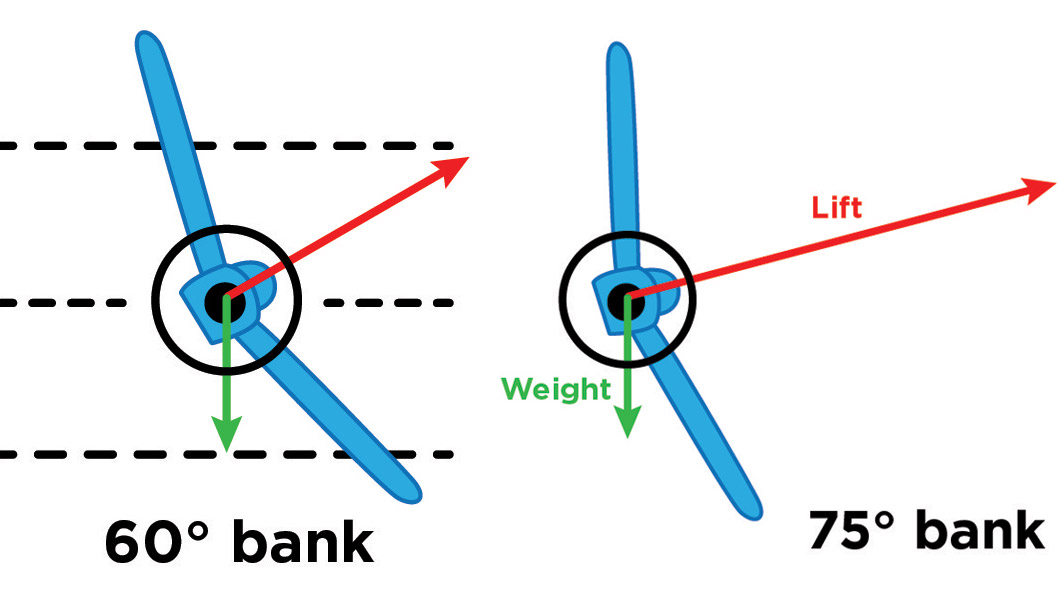 The spiral dive itself offers proof that elevator trim doesn’t set a constant airspeed. Consider an aircraft that, because of a weight imbalance, poor lateral trim, a wind gust, or perhaps the heavy hand of a pilot in IMC, enters a roll. If the pilot fails to notice, the vertical component of lift becomes less than the weight of the aircraft, the nose falls, and the aircraft begins a descent with an increasing trim airspeed. The overbanking tendency causes the bank angle to continually increase. At a 60-degree bank angle, the airspeed increases by 41 percent, and by the time the it has reached 75 degrees, the airspeed doubles. Denker points out that if the airplane started with a cruise airspeed, the trim airspeed is likely beyond VNE and the aircraft is headed for catastrophic damage. Throughout the inadvertent spiral dive, airspeed and load factor increase but the angle of attack essentially remains constant.

Many pilots seek spin training because they fear stalls and the spin that might be lurking around the corner with a deviation from coordinated flight. My goal in spin training is to replace an irrational fear with a healthy respect of stalls and spins. But in the same course, I present spiral dives because I’ve always felt that pilots don’t sufficiently appreciate the hazards of high-speed flight.

Spins and spiral dives can look quite similar in that both feature a nose-low attitude while the aircraft is corkscrewing toward the Earth. Since pushing forward on the yoke can feel unnatural when the windscreen is filled with a view of the ground, spin training can be an effective way to practice this counterintuitive recovery procedure. Too many pilots have pulled back on the controls in an ill-fated attempt to recover from a spin.

Aerodynamically, spins and spirals are on opposite sides of the airspeed and angle of attack spectrum. What is surprising is that the recovery procedure from a spiral dive, especially one involving a steep bank angle, also involves pushing forward on the yoke. In a spiral, the angle of attack is essentially constant so once the wings are level, the excess airspeed will cause the aircraft to pitch up. Denker offers the following recovery procedure: roll the wings to a level bank attitude while simultaneously reducing the power, allow the aircraft to pitch up by itself to a slightly nose-high attitude, then push forward on the yoke to return to level flight. As the airspeed decreases, the need to push forward will subside and power can be reapplied.

The Airplane Flying Handbook offers a different recovery procedure for the spiral dive: reduce power, push forward on the yoke, roll to a level attitude, and gently raise the nose to level flight. Pushing forward on the yoke lowers the angle of attack and reduces the load factor, which could be dangerously high in a steep spiral.

Both recovery procedures warn against blending steps as rolling and pitching simultaneously can easily damage the aircraft.

I flew my own airplane to study spiral dives and recovery procedures (aopa.org/pilot/spirals). Denker’s method allowed me to rely on the inherent angle of attack stability of the aircraft to return to level flight with naturally decreasing load factor and airspeed. Excessive back pressure on the yoke, especially in IMC, can tax the aircraft structure, especially if the pilot is nervous and pulls too hard. If you choose to try it yourself, make it part of an instructional flight and take care not to blend steps or approach the aircraft structural limitations. Committing a recovery procedure to muscle memory now will prove helpful when you need it most.