Get the app Get the app
News & Media Mentor Matters: The rusty pilot returns

‘Let’s see…when do I retract the flaps?’

Chalk up flight proficiency as yet another casualty of the COVID-19 pandemic. Whether due to stay-at-home orders, a reduction in personal business, or the closing of travel destinations, many turbine pilots are finding themselves spending long periods of downtime between flights. 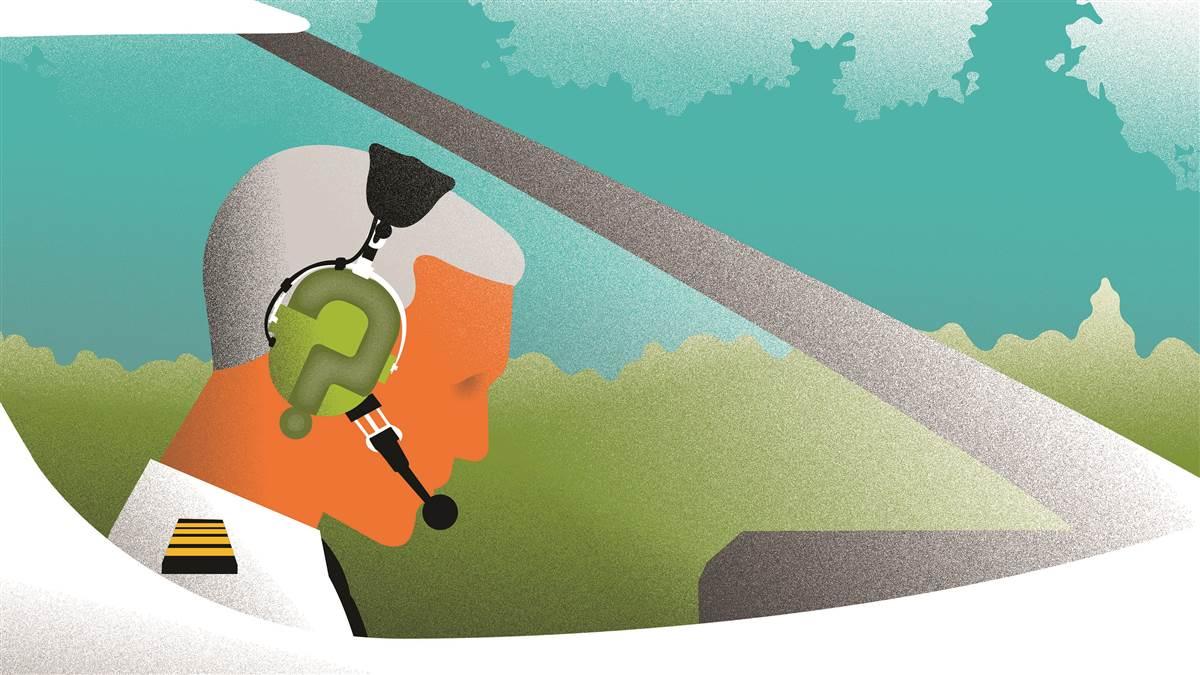 Long lapses in flying have serious implications, particularly for pilots with low overall flight time, low time in turboprops or jets, and/or low time in the type they are flying. If you’re making the first flight in weeks or even months, you should think hard about how your skills atrophied, and what mitigating strategies you can use. Let’s look at a few.

Memory ain’t what it used to be…

Many pilots have had the dismaying experience of seeing that the flight profiles and memory items they have so carefully and arduously committed to memory must be completely relearned in recurrent training. It’s an unavoidable fact that when we commit something to rote memory and then don’t use that knowledge for a long time, it atrophies—often quite a bit.

When I train pilots who fly infrequently or have gone a long time without flying, profile recall is the first thing I expect to need to drill. The flight profiles—maneuvers that are both procedurally complex and not a part of normal flight operations—require that multiple steps be performed from memory. So, they’re easily forgotten or recalled improperly. A single-engine go-around, for example, may require more than a dozen control movements and button pushes, and changing the order in some cases could prove disastrous.

Under the stress of controlling the yaw during a single-engine go-around I frequently see pilots omit the initial flap retraction because they’re in a hurry to get the gear up. In many jets the difference between trying to climb on one engine with landing flaps versus partial flaps is the difference between going down or up, even at takeoff power.

Pilots may demonstrate a jerky start-and-stop type of operating style where they have trouble locating a switch or forget how to program avionics. That’s a real hit to efficiency, and a stressful workload.Similarly, the immediate action items for emergency and abnormal procedures (the steps that are expected to be committed to memory and performed before the checklist is referenced) are easy to forget if not regularly practiced. The order in which the engine is secured during an engine fire, for example, is carefully thought out by the manufacturer so as to give the best chance of extinguishing the fire; miss a step and the situation could become dire quickly.

In recognition of all this, the first step a pilot returning to flight should do is to go out to their airplane a day or two before the first flight and plan on spending a good hour or two reviewing profiles and memory items in the cockpit. This could be performed with power on if a ground power source is available, but can be just as useful in a “dark” cockpit. Rehearse the profiles and memory items, touching (but not moving) each relevant control as you go until they can be done from memory without error or pause.

The next consideration is a little harder to put into precise, clinical terminology, so I’ll just call it loss of “flow state.” Many experienced pilots have had the experience of being so comfortable flying an airplane that every step feels natural and intuitive. The checklists and phases of flight run smoothly—almost without thought—and the pilot really can get a sense that the aircraft is an extension of him- or herself.

Sadly, this too is perishable. Pilots who have taken time away from the cockpit demonstrate a jerky start-and-stop type of operating style where they may suddenly appear flummoxed trying to locate a switch or remember how to program something in the avionics. This is a real hit to the efficiency of normal operations, and a stressful workload on the pilot. It’s just not good to be struggling through necessary steps in operating the airplane through each phase of flight.

The first mitigation strategy here is the same as for our last challenge—time with the airplane in an unrushed cockpit session a day or two before the return to flight. Here, the goal is simply to run through an imaginary normal flight, from preflight to shutdown. Run every checklist, and touch every switch that’s needed. This will be particularly useful if ground power can be applied, as reviewing and practicing the steps in programming the flight management system, setting takeoff speeds, and setting up the displays can be a real help in reestablishing comfort during normal operations.

Second, recognize that even after spending some time in the cockpit, the first flight is likely to feel less natural and require more concentration. This means you’ll need extra time to complete the flight, so as to be able to intentionally take every step more slowly and deliberately than feels normal.

Loss of situational awareness is a natural extension of loss of proficiency. If the normal steps of operating the airplane are requiring more of the “processing cycles” of the pilot’s brain, there are fewer cycles available to analyze all the information coming into the cockpit and maintain situational awareness. Further, the brain processes that synthesize all that disparate data into the big picture awareness we call situational awareness themselves atrophy without use, so even during a low-workload phase of flight a rusty pilot is more likely to ignore a cue that the aircraft state is turning undesirable.

Loss of situational awareness in a complex platform like a modern jet can also manifest itself in poor autopilot mode awareness. Mode confusion can happen to anyone, but it’s especially prevalent when a pilot’s proficiency has degraded.

Two other common losses of situational awareness are in awareness of energy state, and situational awareness pertaining to instrument procedures. A rusty pilot will often have large swings in airspeed in the terminal environment. If they intend to be at 200 KIAS, they may be doing well to stay within 20 knots of the target. Excursions on the approach when hand-flying may be equally egregious. Staying within a one-dot deflection of a localizer course may prove frustratingly difficult.

The AOPA Air Safety Institute offers tips for returning to flight after a break in its Return to Flight Proficiency Plan.
airsafetyinstitute.org/returntoflight

Mitigating this loss of situational awareness again requires the pilot slow down the pace of flight, giving extra time to deliberately scan the autopilot status bar, airspeed, and other primary instruments. For example, early approach briefings and a long final on an approach course can help spread out the task loading so more mental energy can be spent on situational awareness.

If you recognize that your first flights back from a break will be flown with reduced proficiency and situational awareness, it should be obvious that setting up those flights for success is critical. The first flight performed in several weeks probably shouldn’t be flown at night to a destination near approach minimums. Upping personal minimums until comfort is restored is a must.

In a perfect world, the first flight back after a break should be one without any mission at all. It would simply be a chance to go up, fly a couple approaches to a missed, and return to home base and land—all in good day visual conditions without time or mission pressure.