Get the app Get the app
Get the latest news on coronavirus impacts on general aviation, including what AOPA is doing to protect GA, event cancellations, advice for pilots to protect themselves, and more. Read More
Already a member? Please login below for an enhanced experience. Not a member? Join today
News & Media Training Tip: Safety (almost) first

When a pilot flying a cross-country became anxious about fuel remaining at the trip’s halfway point, it seemed prudent to make an unscheduled stop at a nontowered airport that was “in sight and readily available” up ahead. 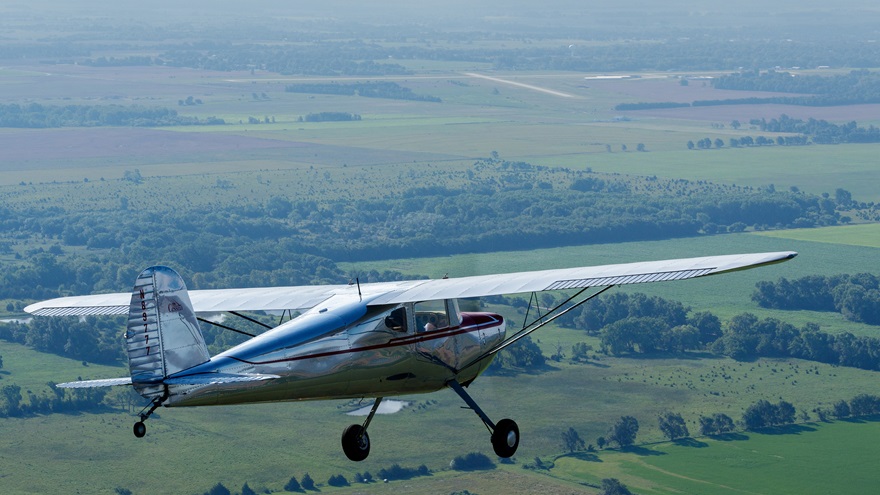 After looking up airport information and listening to the automated weather, the pilot called on the common traffic advisory frequency (122.8 MHz) and announced intentions to land behind another aircraft visible in the traffic pattern.

If you have experienced flying at nontowered airports you know that many airports are assigned a CTAF of 122.8 MHz, and it’s not unusual to hear radio calls being made at multiple airports at once.

This time, along with the “usual chatter,” the pilot could hear transmissions that were “very faint and scratchy that sounded like a control tower directing air traffic.”

They sounded quite far away—but a control tower on the CTAF?

Turns out the control tower was no more distant than the airport where the pilot was landing, as became apparent after the landing when a controller called the aircraft’s N-number and asked what the pilot’s intentions were, as the pilot related in a filing with the Aviation Safety Reporting System.

A private pilot applicant is expected to select a suitable destination and route for diversion.

At the FBO, someone explained that a notam was active for a temporary control tower coordinating a military exercise. (According to a newspaper report, one such training operation at the Richmond County Airport in North Carolina employed a radio-equipped Humvee as a portable tower that “can be set up within about 30 minutes and provides control for pickup, landing and drop zones.”)

Safer and wiser for the episode, the pilot refueled and departed, likely making a mental note to include checking notams along with other airport information before dropping in for gas.

Temporary changes to the published status of an airport comprise one of the less obvious reasons to stay notam-informed during flight, but you don’t want to become a surprise performer at an airshow, or land on a runway closed for construction, plowing, or infrastructure maintenance.

Another well-known gotcha for notam-unaware pilots is temporary flight restrictions: TFRs can be activated with little notice, but are disseminated through notams, providing another fine reason never to depart with a stale preflight briefing or fail to seek out all available information when making an in-flight change of plans.