Get the app Get the app
Get the latest news on coronavirus impacts on general aviation, including what AOPA is doing to protect GA, event cancellations, advice for pilots to protect themselves, and more. Read More
Already a member? Please login below for an enhanced experience. Not a member? Join today
News & Media Tecnam announces electric intent

Aircraft maker Tecnam will work with Rolls-Royce to develop a battery-powered version of the P2012 Traveller for airline service. 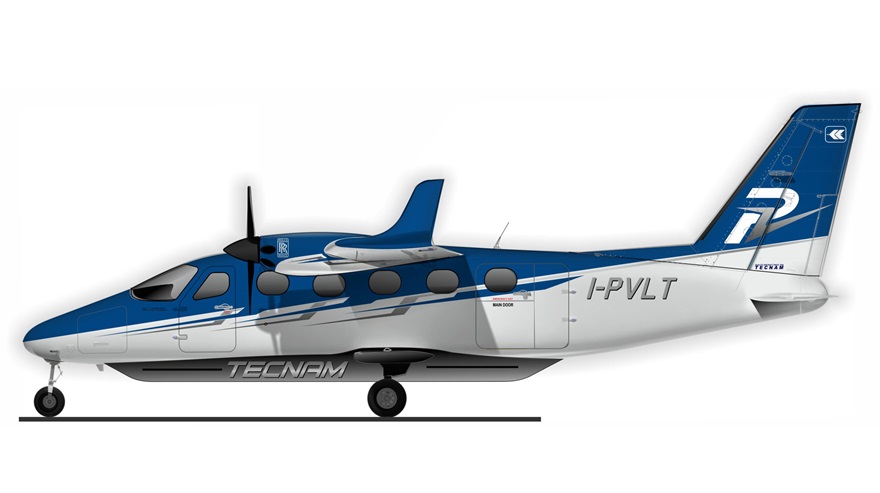 Tecnam will work with Rolls-Royce to fully electrify the P2012 for airline service. Image courtesy of Tecnam.

Tecnam and Rolls-Royce, already collaborating on a four-seat, hybrid-electric aircraft project, will develop an all-electric version of Tecnam’s P2012 twin that was first delivered to Massachusetts-based Cape Air in 2019, and more recently adapted for intelligence, surveillance, and reconnaissance missions as the “Sentinel.”

The P-Volt will be made for short- and medium-haul passenger service, and electricity stored in batteries will power two Rolls-Royce motors, along with the avionics, air conditioning, and deicing systems.

"We all need to commit our efforts towards systems that contribute to decarbonization,” Tecnam CEO Paolo Pascale Langer said in a news release. “By combining efficiency and renewable energy into the futuristic propulsion system, we will not only reduce costs, but also grant a greener future to our passion for flying.”

Tecnam did not specify aircraft range or other performance expectations, and no date was projected for entry into service. Tecnam and Rolls-Royce are not alone working to scale up electric aircraft, and the limits of currently available battery technology have prompted others, such as Ampaire, to aim for a hybrid-electric solution that uses a combustion engine to charge the batteries in flight.

Tecnam and Rolls-Royce appear optimistic they can solve that technical challenge, and their partnership also includes unspecified airlines.

“We are delighted to work with all the partners on a [program] that has the potential to develop the technology to make a significant leap in the commuter market,” Rob Watson, the director of Rolls-Royce Electrical, said in the news release.