Get the app Get the app
Get the latest news on coronavirus impacts on general aviation, including what AOPA is doing to protect GA, event cancellations, advice for pilots to protect themselves, and more. Read More
Already a member? Please login below for an enhanced experience. Not a member? Join today
News & Videos Never Again: Whispers of trouble

The accident that never happened

If airplanes could talk what would they say? Well, they can talk if we learn how to listen and pay attention. Sometimes the language is subtle, as in a new sound or vibration. Sometimes they scream, as when my friend’s number 5 cylinder unexpectedly dropped a valve resulting in a broken piston, complete oil loss, and prompt engine failure. 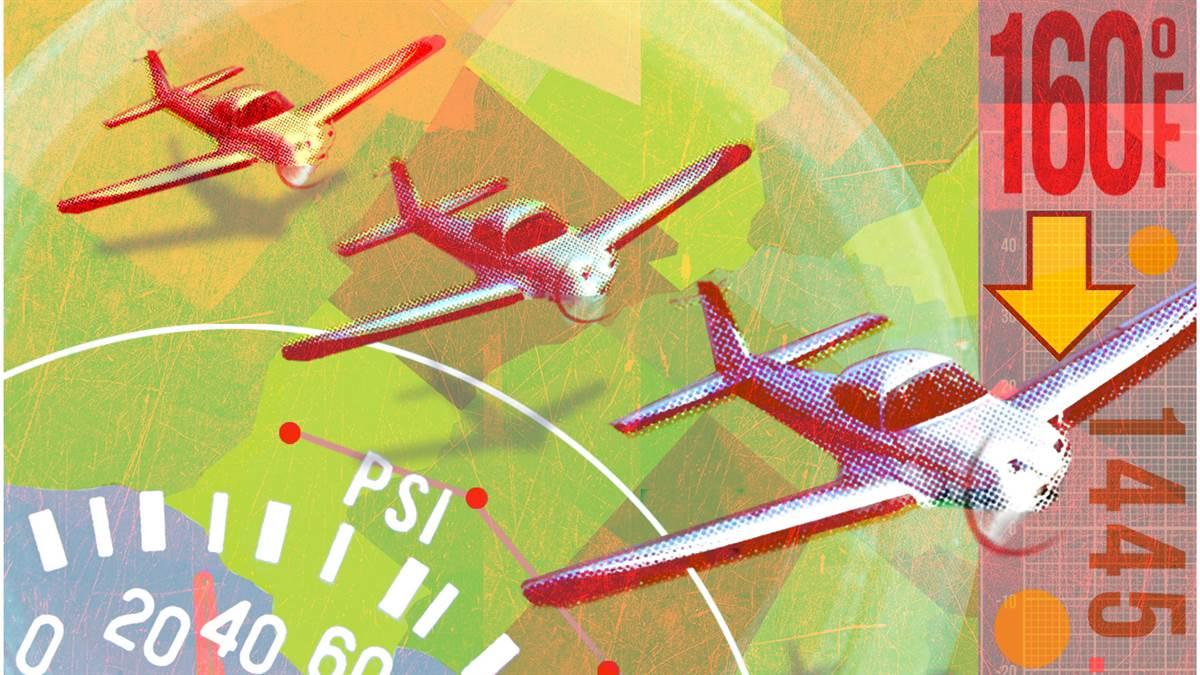 Some sudden catastrophic failures are impossible to predict, but others can be predicted and possibly avoided. As pilots we should keep a mental note of what our instruments usually indicate and look for deviations that could indicate a problem or pending failure. Just because the indication is still in the green range does not mean that nothing is wrong.

I am fortunate and get to fly 300 hours a year commuting to work as an emergency room physician. My commute is from Statesboro, Georgia (TBR), to LaGrange, Georgia (LGC), one to two times each week. The flight is 172 nautical miles and takes about 70 minutes each way in my highly modified North American Navion. My engine was a Continental IO-550-B that was freshly overhauled just a few years ago. I always changed the oil between 25 and 35 hours instead of waiting until 50 hours.

On two occasions my engine instruments have displayed unusual oil pressure indications. The first occasion was in June 2016 during a return trip from New Mexico. The June weather was beautiful and VFR but very hot all along the route home. During the flight the oil pressure ran about 5 to 7 psi lower than usual but otherwise acted normally. Oil temperature was less than 200 degrees Fahrenheit for the entire flight. The engine ran great and continued to produce plenty of power. I nervously watched the pressure as it stayed steady in the green range and continued our trip home. The oil consumption remained as usual during that trip and we arrived home uneventfully.

That engine continued to run great and showed no problems. Regular oil filter cutting revealed no metal and oil analysis was always normal—so normal that I skipped cutting the filter and oil analysis when I changed the oil in December 2017. I continued to fly my Navion until late February 2018 when something changed. I was flying to work and noticed my oil pressure was once again lower than usual. It was down into the middle 30s but remained in the green range and steady. I increased rpm from low cruise 2,300 to high cruise 2,500, and the oil pressure returned to the usual 45 to 46 psi. The oil temperature was around 160 degrees F, which is the usual oil temp in cool weather for that engine. I was concerned about the oil pressure indication, but I had seen this occurrence previously. The weather was good and the pressure was back up to usual so I continued on to LaGrange.

Three days later I returned home to Statesboro. Now comes the lucky and scary part. The flight home was night IFR and I flew the RNAV Runway 32 approach into Statesboro. Before departing LGC I checked everything carefully and the oil pressure on run-up was normal. I watched the oil pressure carefully and flew home at high cruise power setting. I landed uneventfully at TBR but noticed that oil pressure at idle was a lot higher than usual. Low minimum oil pressure at idle with the engine hot is 10 psi, but mine was always 15 to 20 psi. This night I was looking at 35 psi at idle with the engine hot. I had never seen idle oil pressure that high but was not concerned. I pushed the airplane into my home hangar and returned the next morning to change the oil. The tachometer showed the engine had accumulated 1,445 hours since overhaul.

When I disassembled the engine I found that two of the main bearings had turned in the crankcase and were obviously very near to having a catastrophic failure. Now this engine did not vibrate, knock, or lose power. The only in-flight indication of any problem was a change from the usual oil pressure readings, with the actual reading remaining in the normal range.

As Buck, my old flight instructor, would have said: “She was talking to you.” I was not listening carefully enough but survived just the same. This is the accident that never happened simply because I cut the oil filter. Had I submitted the oil for analysis and waited for the results before flying again the problem could have been discovered, but I fly too often to await test results. I would have received an urgent phone call from my oil analysis company, but it would have been after the accident.

My current practice is to cut every oil filter at the time of oil change. Cutting the oil filter, while messy, is free and gives immediate feedback. This simple process can save your airplane and your life.

Rusty Herrington, MD, is the vice president of the American Navion Society and is a commercial pilot with 4,400 hours.