Get the app Get the app
Get the latest news on coronavirus impacts on general aviation, including what AOPA is doing to protect GA, event cancellations, advice for pilots to protect themselves, and more. Read More
Already a member? Please login below for an enhanced experience. Not a member? Join today
News & Videos Opinion: Savvy maintenance
Sponsored by Aircraft Spruce

Your engine’s lifeblood: There’s a lot more to piston aircraft engine oil than you might think

When it comes to piston aircraft engines, the role of engine oil is complicated. It lubricates moving parts to reduce friction and wear, but that’s only one of six key functions it performs, and perhaps not even the most important one. 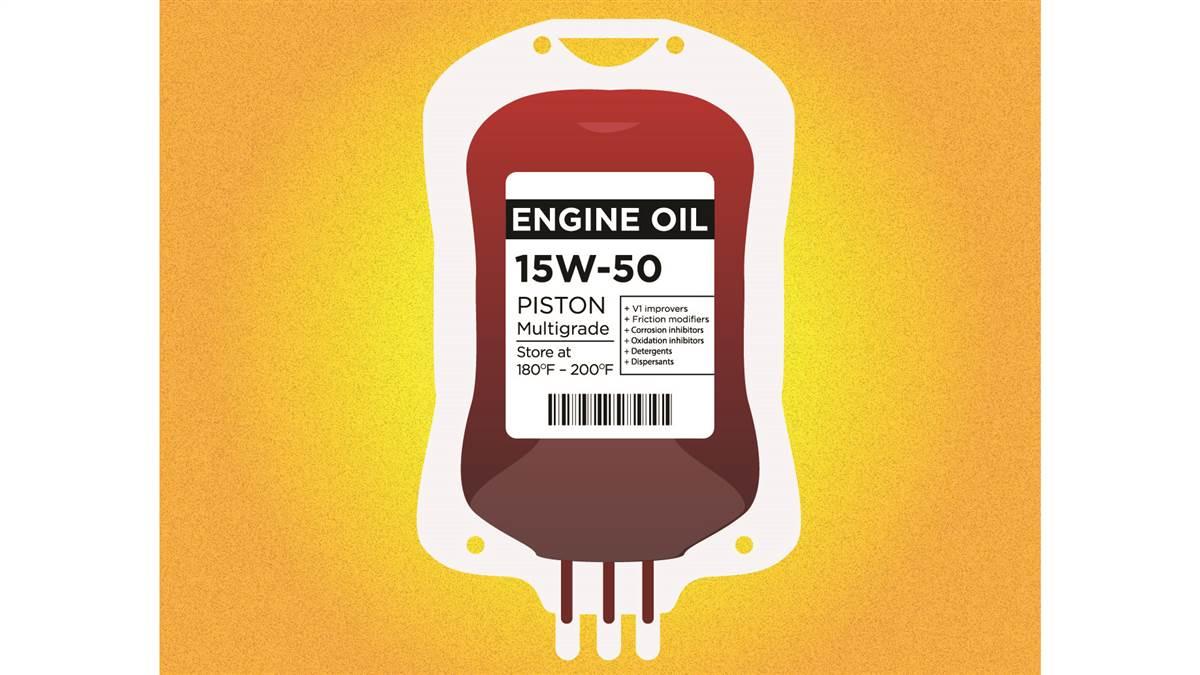 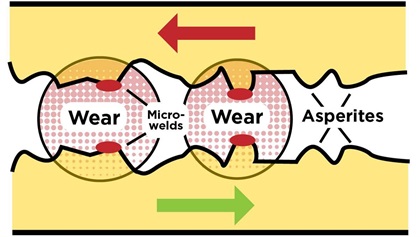 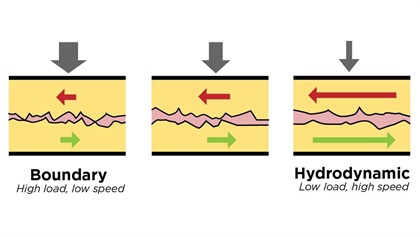 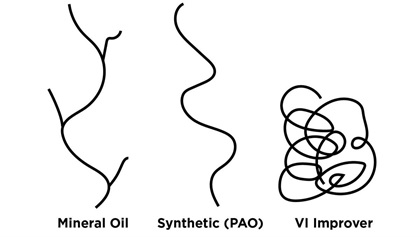 The lubrication requirements of slow-turning direct-drive Continentals and Lycomings that most of us fly behind are really quite modest compared to the high-revving engines in our automobiles. Lubrication demands tend to vary with the square of rpm, so a car engine with a 7,000 rpm redline has vastly more demanding lubrication requirements than an aircraft engine with a 2,700 rpm redline does.

Lubrication vs. friction and wear

Friction occurs because even the smoothest metal surfaces have microscopic peaks and valleys known as asperities. Whenever surfaces come in contact, these asperities adhere to one another via tiny micro-welds. If those surfaces are in relative motion, the micro-welds constantly fracture and re-form, resulting in friction and wear. Friction is the resistance to relative motion and wear is the loss of material. Both are due to the fracture of the micro-welds.

The purpose of lubrication is to reduce friction and wear on the engine’s moving parts. There are several different kinds of lubrication. One important kind is called hydrodynamic lubrication. It occurs when a fluid—most commonly a liquid like oil—is interposed between the moving parts. The relative motion of the parts creates sufficient pressure in the lubricant to keep the parts from touching. Think of a water skier being supported by the skier’s relative motion to the lake and the resulting pressure of the interposing water that prevents the skier from sinking. Or, consider a car hydroplaning on a rain-slicked road, its locked tires being separated from the pavement by water pressure.

Hydrodynamic lubrication works well if the relative speed of the parts is high enough to overcome the load pushing them together. If the relative speed is not high enough, then there will not be enough lubricant pressure to keep the parts separated. (Think of the tow boat slowing down until the skier sinks.) If hydrodynamic action cannot keep the parts separated, we must rely on another form of lubrication known as boundary lubrication. Boundary lubrication relies on a thin, soft, solid film deposited on the moving parts—typically by chemicals called “extreme pressure additives”—that reduces friction and wear by chemically interfering with micro-weld formation.

Rub your hands together vigorously and you’ll feel the friction between your palms in the form of heat and resistance to movement. Believe it or not, you just created and then fractured a few zillion micro-welds on the surface of your palms. You can reduce the friction in several ways: for instance, by coating your palms with Vaseline, or by dusting them with talcum powder. Think of the Vaseline as hydrodynamic lubrication and the talc as boundary lubrication.

What else does oil do?

Engine oil has to keep the engine clean. Compared to car engines, piston aircraft engines are positively filthy creatures. They burn leaded fuel and allow large quantities of lead salts, carbon, sulfur, water, raw fuel, and other nasty combustion byproducts to blow by the rings and pollute the bottom end of the engine. The oil has to be able to keep these contaminants dispersed and hold them in suspension so that they can be drained away at the next oil change and don’t accumulate on internal engine parts in the form of sludge.

Oil cools engine components like pistons that can’t be air-cooled. The only thing that keeps aluminum pistons from going into meltdown is oil that is splashed and squirted onto their bottoms to carry heat away. Engine oil typically gains about 40 degrees Fahrenheit as it circulates through the engine, after which it passes through an oil cooler (radiator) that dissipates that added heat via airflow through the cooler.

Oil also acts as a sealant to prevent the leakage of gases and liquids past piston rings, O-rings, gaskets, and other kinds of seals. If your airplane has a constant-speed propeller, oil serves as the hydraulic fluid that is used to adjust the blade pitch. If it is turbocharged, the wastegate is probably hydraulically actuated by oil as well.

An enormously important function of engine oil is protecting expensive steel components like crankshafts, camshafts, lifters, and cylinder barrels from rusting during periods when the aircraft is not being flown. Because we tend to fly our airplanes far less often and far more irregularly than we drive our cars, the preservative requirements of aircraft engines are vastly more demanding than for automotive engines.

Oil is made up of giant molecules called polymers. Some are natural like mineral oil from dead dinosaurs, others are man-made synthetics like polyalphaolefin (PAO) and polyalkylene glycol (PAG). These various polymers have differing shapes. The molecules of mineral oil have a lot of side branches, while the molecules of synthetic oil are smoother and less “branchy.”

Mineral oil degrades the longer it remains in service. The little branches gradually shear off—a phenomenon known as polymer shearing—and that causes viscosity to decrease. Because synthetic oil is less branchy, it suffers far less from polymer shearing and retains its viscosity better, so it can go longer between oil changes (at least in automotive applications).

Mineral oil’s branchy molecules do a much better job of holding particulate contaminants in suspension so that they can be drained out at the next oil change instead of settling out as sludge. In fact, the full-synthetic Mobil AV 1 was withdrawn from the market in the late 1990s (in a hail of litigation from aircraft owners) because so many engines were ruined by lead sludge deposits. Synthetic oil simply doesn’t deal with filth as well as mineral oil.

Monograde oil is simply mineral oil plus an additive package. It has viscosity (thickness) that varies considerably with temperature. At operating temperature—around 200 degrees Fahrenheit—it’s quite thin and flows freely. At room temperature, it’s thick and gooey. If it’s cold enough, it won’t pour at all.

Multigrade oils are much less thick and gooey at cool temperatures. They still get thicker as temperature decreases, just not nearly as much. To make a multigrade oil, you start with a thin monograde oil and then add an artificial thickening agent called a viscosity index improver. This man-made polymer has the unusual property that it gets thicker and more viscous when heated—the opposite of what mineral oil does.

Viscosity index (VI) is the rate at which viscosity changes as temperature increases. The higher the VI, the less the oil thins as it heats. A multigrade aircraft oil rated as 15W-50, for example, is basically SAE 15 oil to which roughly 10 percent VI improvers are added to obtain the viscosity of SAE 50 oil at 100 degrees Celsius (212 degrees F) while maintaining the pourability of SAE 15 oil at 0 degrees C (32 degrees F). At operating temperature, Aeroshell W100 and 15W-50 have essentially the same viscosity. At room temperature or colder, the difference in viscosity is dramatic. The W100 pours like ketchup, while the 15W-50 pours like tomato juice.

Oil additives are vital for both lubricity and longevity. Without them, the oil would become contaminated, break down, leak out, or not properly protect engine parts. We’ve already discussed two kinds of additives found in piston aircraft engine oils: VI improvers modify base oil viscosity to create multigrade oil. Anti-wear and extreme-pressure additives chemically react with metal surfaces to create a protective barrier that inhibits micro-weld formation and facilitates boundary lubrication.

Detergents and dispersants help keep engines clean and free of deposits by holding combustion contaminants in suspension and preventing them from forming sludge and varnish deposits inside the engine. Detergents are typically metallic-based chemicals and are often found in automotive oils but can cause problems in aircraft engines. Consequently, all modern piston aircraft engine oils use ashless dispersants instead of detergents, which is why they are referred to as AD oils.

All modern piston aircraft engine oils are excellent, and will do a good job if you change the oil and filter regularly (at least every 50 hours or four calendar months, whichever comes first) and keep your oil temperature in the sweet spot (180 degrees F to 200 degrees F indicated) as much as possible.

Personally, I prefer using a monograde oil like Aeroshell W100 unless you operate in cold temperatures where multigrade is required. I don’t like synthetic or semi-synthetic oils (e.g., Aeroshell 15W-50) for engines that run on leaded avgas, although synthetics are great if you run your engine on unleaded mogas. Finally, I’m a fan of the aftermarket oil additive ASL CamGuard because of its outstanding anti-rust and anti-wear properties. I’ve been using Aeroshell W100 with CamGuard in the engines of my Cessna Turbo 310 for decades and the longevity I’ve obtained from those engines has been the stuff of legend.