Get the app Get the app
We will be performing maintenance on our systems Sunday, 8/21, beginning at 12:00 A.M. ET and ending at 6:00 A.M. ET. During this time, you may experience intermittent service outages. We appreciate your patience.
News & Media Under wraps

They lie quiet in the hushed, climate-controlled facility. Bits and pieces of their bodies are scattered throughout the nearly 100,000-square-foot building. Tags hang from parts and sections. Wings are stacked on one side, their armless fuselages on another. 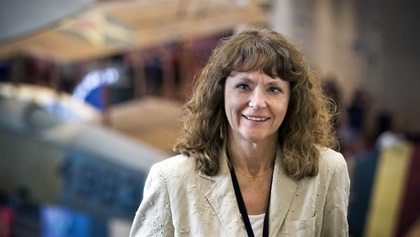 “We haven’t had an exhibition gallery on general aviation since the building opened. It’s such a huge part of aviation.”

These galleries are planned to open beginning in 2022.

They wait to be reassembled, wait to be restored to their former glory. They wait to go home. Survivors of war sit next to space capsules, iconic aerobatic aircraft share the floor with massive engines and bombers, fliers of one generation are mixed with the darlings of another.

The juxtaposition is startling. The moving itself was traumatic. Disassembled, crated, carted through city streets on trucks. Wedged into transports, forced onto elevators, mashed into small spaces. But that is over. Now is the time to remember their histories and wait to tell their stories again. To share the progress of flight with another generation. A time to be reinvented. A time to move beyond the past and start anew. It will take some seven years to return home, and some may not go back. But for all—and for all who love and care for them—a new future will be ignited.

Back to the future

In 2018, the Smithsonian Institution’s National Air and Space Museum began its first major renovation since the “flying” wing of the historic national museum began with collections in 1946 (the Smithsonian Institution was established in 1846). Then-curator Paul Garber housed aviation artifacts from the world wars, general aviation history, and commercial air travel in buildings on a campus in Silver Hill, Maryland, a suburb of Washington, D.C. (he is credited with acquiring Charles A. Lindbergh’s Ryan NYP Spirit of St. Louis). The National Air Museum came to be in 1951 and President Lyndon Johnson changed the name in 1966 to the National Air and Space Museum at the height of the space race. Construction of the museum on the mall in D.C. began in 1971, and the facility opened to great fanfare on July 1, 1976—a fitting tribute to America’s bicentennial celebration. The National Air and Space Museum is one of the Smithsonian’s 19 museums, and it is the largest and most visited.

Withstanding more than four decades and then a damaging earthquake in 2011, the Air and Space Museum had never had a major facelift. And many of its aircraft and artifacts had been in place for 40 years. In fact, it had been acquiring so many significant artifacts, a sister museum was constructed in nearby Virginia. The Steven F. Udvar-Hazy Center opened in 2003. But after the earthquake and structural challenges, the museum’s new director Ellen Stofan said, “We’re falling apart.” The downtown museum had seen more than 350 million visitors, which amounted to some “serious wear and tear” to both the structure and the treasures it houses.

Work on the exterior began October 7, 2018, and transfer of artifacts to the large warehouse, the Dulles Collection Center, at the Udvar-Hazy Center began in December. It was quite an undertaking. Monumental transfers of some of the most iconic aviation artifacts in the world saw unbelievable sights such as a wingless Lockheed U–2 traveling up Independence Avenue; Jackie Cochran’s Northrop T–38 Talon on a flatbed truck on Interstate 66; a Douglas DC–3 traveling the streets of Washington at 2 a.m.; and historic aircraft with wings removed riding in elevators.

Over the seven-year renovation, nearly every artifact in the museum will be packed up and moved out, except a few items; the Spirit of St. Louis and the nose of a Boeing 747, for example, will be protected in place. Most of the other aircraft have been lowered, dismantled, wrapped, and transported to the climate-controlled facility in Chantilly, Virginia. Tagged and cataloged, nearly 6,000 artifacts will be affected. The Smithsonian estimates the total cost of the building revitalization will be $650 million, funded through congressional appropriations. The museum will raise an additional $250 million for new exhibitions through private sources.

The National Air and Space Museum at the National Mall offers 23 separate galleries telling the stories of flight and space travel. Many of these became national treasures to an adoring populace over the 40-plus years the museum has been open. Visitors have favorite exhibits and artifacts such as the Wright brothers’ exhibit, which includes the Wright Flyer, and many ask to see Amelia Earhart’s missing airplane—yes, this is a frequent question. Most docents answer with “wouldn’t we all like to know.” (Earhart’s Lockheed Vega, however, is on display in the Barron Hilton Pioneers of Flight Gallery.) The renovation will refresh some exhibitions but retain their current themes; others will be completely replaced.

There are 10 curators for the 23 different departments of flight and space travel exhibitions. Dorothy Cochrane curates the collections of general aviation aircraft; flight material; aerial cameras; and the history of general aviation and women in aviation. She is responsible for the Barron Hilton Pioneers of Flight Gallery, and the exhibit stations and cases for general aviation, business aviation, and aerobatic aviation. Cochrane joined the Smithsonian in 1977 and became one of the museum’s first female curators in 1991. She has been a private pilot since 1994.

“We haven’t had an exhibition gallery on general aviation since the building opened,” Cochrane said. “It’s such a huge part of aviation, and yet there’s nothing in the building about it save for isolated artifacts strewn across the various existing galleries.” With the renovation, she is spearheading a new gallery called the Thomas W. Haas We All Fly exhibition. The museum has received a $10 million gift from the Thomas W. Haas Foundation for construction of the gallery. Cochrane’s hope is that the new We All Fly gallery will illustrate for museumgoers the impact general aviation has on the United States’ economy, as well as its culture.

“I want them to understand that it has a practical purpose, that it affects their life every day and they don’t even realize it,” she said. “It’s not just a bunch of rich pilots going out on Sunday flights.” She also wants We All Fly to help young visitors eliminate their fear of flying, and to show them that aviation can offer viable and rewarding careers. “There’s this huge breadth of opportunities that one way or another involve aviation. I want people to see what’s out there and appreciate what it really is.”

A key centerpiece to the new gallery is the donation of Sean D. Tucker’s Oracle Challenger III. The Oracle Challenger III will be displayed at the gallery’s entrance. In addition to the Oracle Challenger, aircraft such as a Cessna 180 (Jerrie Mock’s 38C), Gates Learjet 23, and a Cirrus SR22 will be displayed. The Lear is the oldest existing airframe of its type and it has been on display at the Udvar-Hazy Center, but never downtown. The Thomas W. Haas We All Fly exhibition will be among the first of the new galleries to open in the museum’s West End.

Cochrane has guided the iconic Pioneers of Flight Gallery through its several transformations. It highlights the work of influential people in the early years of flight, specifically the 1920s and 1930s. A gift from the Conrad N. Hilton Foundation and involvement of Barron Hilton progressed the gallery to include interactive technology for youth in 2010. With a new $10 million gift from the late Barron Hilton and the Conrad N. Hilton Foundation, the Barron Hilton Pioneers of Flight gallery is being transformed with a new design, layout, presentation, and programming.

“In the Barron Hilton Pioneers of Flight gallery, for example, we are taking a fresh look at the people and aircraft, by asking who these important pioneers were, and making them more relevant to today’s world. We are including more diverse and inclusive stories along with current pioneers. We are also including lesser known stories of women and minorities who made brief headlines—or not—and pushed gender and racial boundaries,” Cochrane said. The Pioneers of Flight gallery is not one of the eight galleries slated to reopen beginning in 2022.

More than 300 people are working behind the scenes in this renovation. In the Dulles Collection Center, the Collections Processing Unit serves as the entry point for objects and archival collections. A massive loading dock and specially designed secure area is staffed by specialists who perform initial inspection and analysis of artifacts. They also perform other tasks such as cleaning, assembly and disassembly, wrapping and protecting, and preservation. The four-story facility is served by a gigantic elevator (but not so large that it could carry many of the aircraft unassembled). Sophisticated environmental controls keep the state-of-the-art facility at optimum temperatures for the artifacts.

As of mid-August, the National Air and Space Museum building is closed because of the COVID-19 pandemic. The downtown museum had planned to stay open during the renovation. The Udvar-Hazy Center reopened on July 24 after being closed because of the pandemic. The first new galleries are planned to open beginning in 2022, and by the time the project is complete (in 2024), the building’s exterior and infrastructure will be revitalized, every object will have undergone restoration, all 23 exhibitions will be completely reimagined, and new presentation spaces and attractions will be open.
airandspace.si.edu