Get the app Get the app
AOPA Members DO more LEARN more SAVE more - Get MORE out of being a pilot - CLICK HERE
News & Media US Air Mail: centennial Four days to retrace history

Delivering the mail across the country in a dozen-pilot relay

Editor's note: This article was updated September 3 to update information about the first leg of the route and to correct the end date of the flights.

“Neither snow nor rain nor heat nor gloom of night stays these couriers from the swift completion of their appointed rounds" takes on a nostalgic meaning when you realize that the first transcontinental mail delivery was 100 years ago on September 8 through 11, 1920. 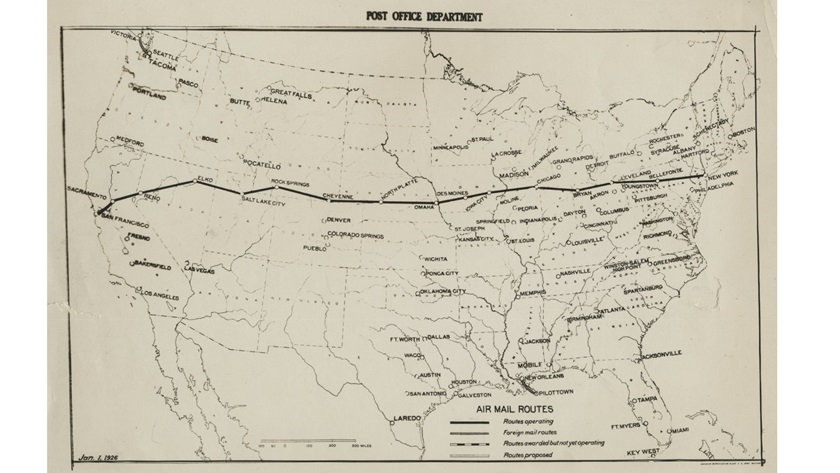 The first attempt at mail delivery via airplane was a short hop in 1911 and the mail was unceremoniously dumped by the pilot—Earle Ovington in a Blériot monoplane—to the ground. But these humble beginnings eventually resulted in a full effort by the U.S. Post Office to employ the airplane as a means to deliver the mail more efficiently and faster. After the end of World War I, the post office was one of the largest employers of pilots returning from Europe, and by the mid-1920s, several contractors employed pilots, including Charles A. Lindbergh. But we’re getting ahead of ourselves….

It’s 1920 and the airplane has been an accepted, albeit novel, form of transportation since 1908. An aerial war has been fought and won; barnstormers crisscross the nation; and records in speed, distance, and gender have been set. The postmaster general believes in delivery by air, but the pilots and planners realize routes must be established for the service to be effective. Mail is delivered by rail, its routes determined by railway stops across the country. Even with weather, darkness, and mechanical issues, it is believed air mail should be faster than delivery by train. 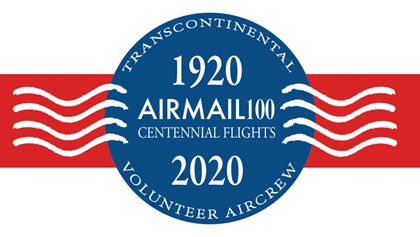 But 100 years ago, a 15-stop route was established between New York and California, creating the first transcontinental air mail service. And it proved faster than rail by 22 hours. To honor that anniversary, organizer Bill Moore, a Nebraska writer and pilot, created Air Mail 100 Centennial Flights, an event that will retrace the route with a relay of three dozen or so pilots carrying 60-pound sacks of mail. Beginning at Republic Airport in Farmingdale, New York, (the original start was at the now-defunct Hazelhurst air base in Mineola) and crossing the nation for four days, general aviation pilots in a variety of aircraft will fly the original legs (or a close approximation). Carrying copies of the “1921 Pilot’s Directions New York to San Francisco” as their logbook, each pilot will hand off the sacks of mail to the waiting pilot at the next stop. In the sacks are postcards collected by EAA Young Eagles and Scouts across the country.

To start the adventure, an AOPA team will fly from Farmingdale to Bellefonte Airport in Pennsylvania, early in the morning of September 8. Other volunteer pilots will fly the additional routes, ending September 11 with a planned de Havilland seaplane landing in the Sacramento River near Marina Green (Montgomery Airfield 1920-1944) in California. You can follow the flights on FlightAware.

There will be some festivities at the airport stops, although they are limited by COVID-19 restrictions. Check the Air Mail 100 Centennial Flights website for daily updates.