Get the app Get the app
Get the latest news on coronavirus impacts on general aviation, including what AOPA is doing to protect GA, event cancellations, advice for pilots to protect themselves, and more. Read More
Already a member? Please login below for an enhanced experience. Not a member? Join today
News & Videos Training Tip: A 'Nasty Rotten' checkride

You arrive at the airport to practice some maneuvers before tomorrow’s practical test and are shocked to see the trainer you fly every day turned tangential to the runway, nosewheel bent back and people milling around. 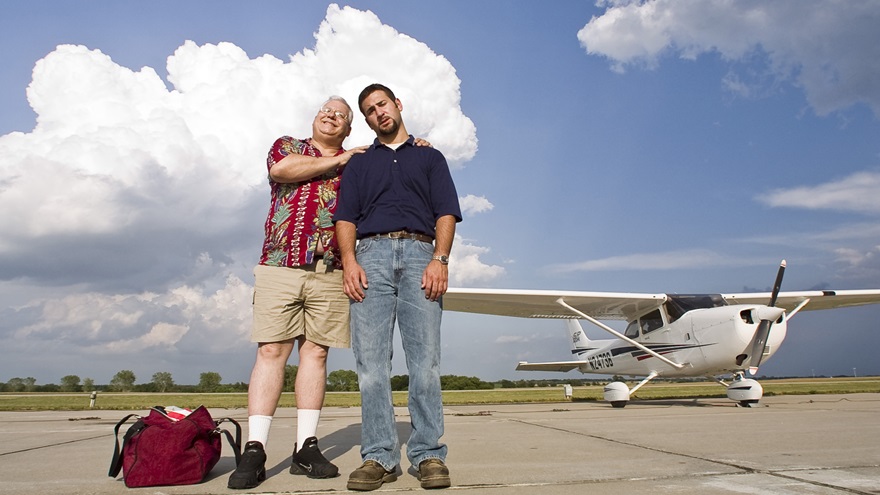 Having a favorite trainer is fine, but you may have to fly another one if yours is not available on test day. Photo by Mike Fizer.

Everyone’s OK, but the hard landing stopped the prop, calling the engine into question and taking the aircraft out of action for the foreseeable future.

But you’re in luck, the desk person says. One of the school’s other two trainers is available for your checkride—the same make and model.

Are you really in luck?

It’s a feel-good factor to fly the same trainer on every lesson—and some student pilots and their flight instructors (who want happy customers) schedule lessons to achieve that goal. The downside is that if “your” aircraft becomes unavailable, differences with a supposedly similar substitute can require some familiarization flying—not an ideal activity on a practical test.

Now you regret having avoided the school’s “other” trainer—the one with an uncomplimentary nickname used by some of the crew. At a flight school where I worked, an allegedly uncharismatic airplane, usually spoken of as “November Romeo,” was known by some on the premises as “Nasty Rotten.”

The upside of this antagonistic appellation was that November Romeo was often available. (I am obscuring November Romeo’s full identity by not disclosing the numerals at the beginning of its still-active registration.)

A private pilot applicant is expected to be able to operate the aircraft “safely within the parameters of its performance capabilities and limitations.”

As for differences between aircraft, November Romeo was one of a fleet of three flight school Cessna 172s that started out as 160-horsepower “N” models. The other two came to the school modified with more powerful engines that changed performance, useful load, and fuel burn.  The two “mods” differed in their instrument arrangements, radios, and fuel capacities. Both modified airplanes’ maximum flap extension was limited to 30 degrees, unlike a stock N model’s 40 degrees. This had the effect of shallowing the full-flap descent angle but easing the stock airplane’s tricky transition to go-arounds.

One of the mods had aileron gap seals; if a designated pilot examiner asked, “What are those for?” a practical test applicant needed to be aware of the upgrade and be prepared to explain it.

A checkride is demanding enough without an unexpected aircraft change, and a rumor mill shaking your confidence.

Fortunately, flying every trainer in the flight school's fleet reassured students that the unloved aircraft was naturally reliable, never recalcitrant—and if you took good care of November Romeo, it took good care of you.