Get the app Get the app
Get the latest news on coronavirus impacts on general aviation, including what AOPA is doing to protect GA, event cancellations, advice for pilots to protect themselves, and more. Read More
Already a member? Please login below for an enhanced experience. Not a member? Join today
News & Videos Streaming for safety

Jeremy Walters is a pilot with a passion for safety who wants you to share the sensation. 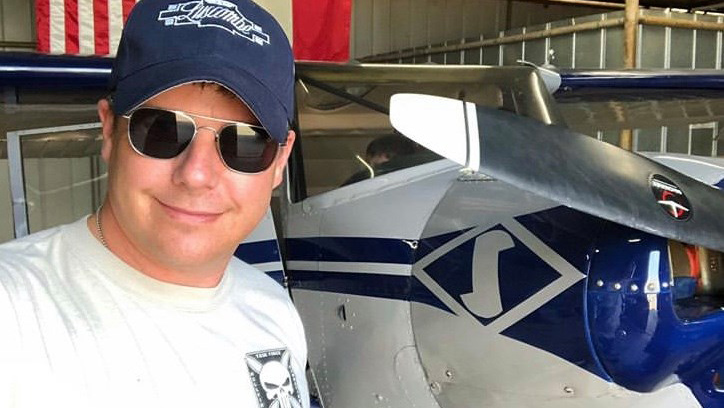 The show, called Breaking the Chain in a nod to the proverbial chain of events to which most accidents trace, runs biweekly in social media channels, on YouTube, or by registering for a viewing link on the FAA Safety Team website. Aerobatic champion Patty Wagstaff and aviation maintenance expert Mike Busch have been panelists in flexibly formatted programs with Wagstaff engaging in a question-and-answer session and Busch talking up his topic in a more formal presentation.

Breaking the Chain didn’t start out virtual—that came about as a result of shutting down an expanding schedule of in-person get-togethers when the coronavirus pandemic struck.

To see how it really began, Walters said in a phone interview, you must turn back the clock three years to a flight review he administered to a pilot that included a landing in Llano, Texas, and a visit to the renowned Cooper’s Old Time Pit Bar-B-Que, a perfect place to dine and cover the ground portion of the flight review.

Expanding the aviation ground game by bringing in more pilots to talk safety over dinner in the greater Austin area seemed worth a shot. Walters soon saw his gatherings grow and evolve into regular seminars at three locations around central Texas.

Late in 2018 he connected with a program manager at the FAA Safety Team in San Antonio, became an FAA safety representative, and “quickly graduated to lead FAASTeam rep,” which gave him standing to grant credit toward the FAA Pilot Proficiency Program (Wings program) to those who attended the seminars, he said.

Last March, Walters had a safety presentation titled “What Were They Thinking” all teed up and ready to go.

“What happened in March? The world blew up,” he said, referring to the pandemic that would eventually hit Texas hard with outbreaks of COVID-19 disease.

Rather than close up shop, he decided to give an online version of the safety show a try. The debut was well received, so he aired another program, “and we’re still doing it.” Pat Brown, AOPA’s ambassador in the “Texas Triangle,” put in an appearance to talk about nontowered airports. Other programs have highlighted flight instructors, designated pilot examiners, and other subject-matter experts. Flight instructor and author Rod Machado is scheduled for an appearance on September 22, and more guests are lined up through the end of the year, Walters said, crediting the work put in by his program assistant, Paul Nadeau, an instrument-rated private pilot, for helping to make Breaking the Chain a success.

The casual, conversational style Walters applies to his mentoring mission never masks the seriousness of the underlying message, nor does it obscure his passion for striving to “eliminate a link of the human-error chain.”

The passion, he explains, arises from the loss of several friends to air accidents during his service flying Boeing AH–64 Apache helicopters under combat conditions in Afghanistan, and when working as a contract pilot back home. Walters flies a Hawker 800XP business jet and a King Air turboprop, instructs in helicopters and airplanes including taildraggers, and is still a military reservist.

“Every time you lose a friend, no matter what the circumstances are—a silly foul-up or shot down by hostile fire—it never gets easier, and the way I deal with it is by promoting safety and by being the best instructor I can be,” he said.