Get the app Get the app
Already a member? Please login below for an enhanced experience. Not a member? Join today
We will be performing maintenance on our systems Sunday 9/19 from 12am to 6am ET. During this time, you may experience intermittent service outages. We appreciate your patience.
News & Media On Instruments: Flying in place

“I have an amendment  to your clearance. Are you ready to copy?” Uh, oh. Those must be the words IFR pilots hate the most. Especially if it’s followed by “cleared to the Anywhere VOR, hold south as published, expect further clearance at 1215 Zulu.” 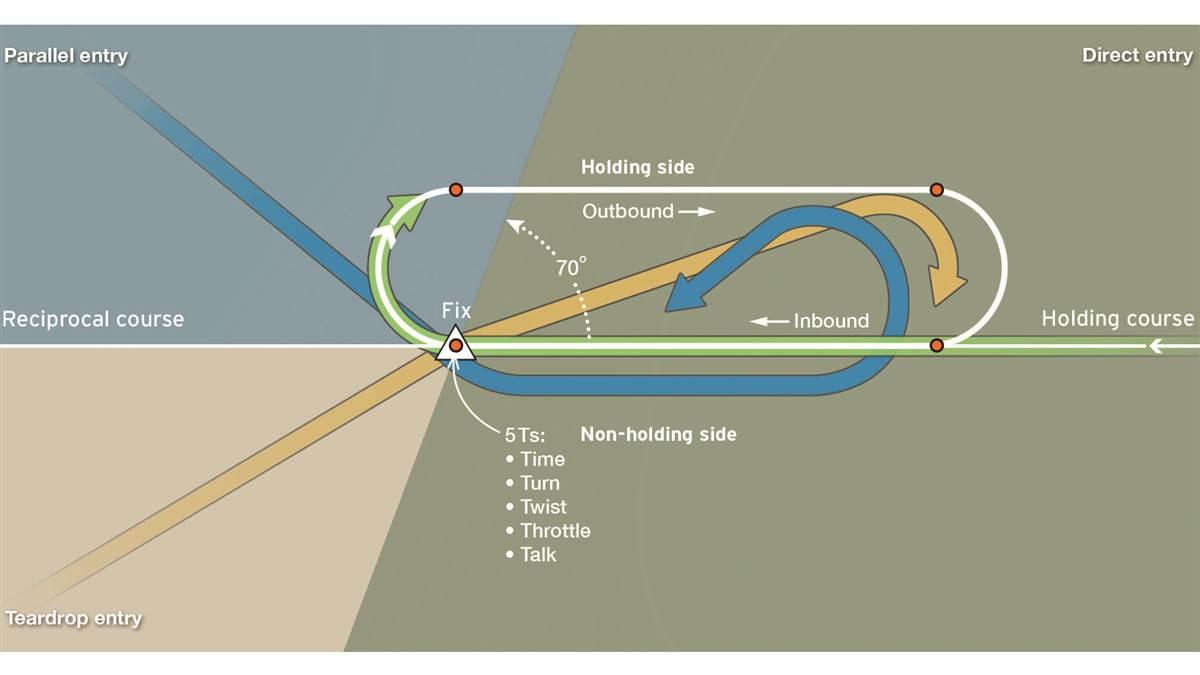 After selecting the procedure to enter a holding pattern, there’s a sequence to follow after crossing the holding fix. The “5 Ts” don’t have to follow any strict order, but the first step really should be to start timing, because you’ll be flying for a one-minute interval as you enter the hold. “Turn” stands for making the turn to the first entry heading—either a 180-degree turn (for the direct entry), a procedure turn to intercept the inbound holding course (teardrop entry), or a turn to parallel the holding course outbound (parallel entry). “Twist” stands for resetting the inbound holding course on your VOR or GPS receiver; “throttle” means set power to fly at a comfortable, and proper, holding speed. “Talk” refers to the radio call advising ATC that you’ve entered holding (and when leaving an assigned holding fix, another call should be made). At the points marked in red, timing is also initiated so that you can be sure of making one-minute turns or legs, and holding course guidance should be on your nav display(s) so that you can judge your course interception inbound to the holding fix. Must the interception procedure be flown exactly as depicted? Do your best, but stay on the holding side.

If you’ve held the idea of holding as an intellectual exercise, performed only during practice flights, stress levels can rise as you quickly write down the clearance, figure out the VOR’s location, and think about the correct holding pattern entry procedure.

Maybe we should practice holding patterns more often. That’s because holding clearances can be issued for many reasons. Most often, it’s to create adequate spacing between IFR traffic in busy airspace, and not just in the en route phase of flight. Holding also can be used as you near your destination. Airplanes may even be cleared to hold at the same fix, but stacked at different altitudes. This is most likely to occur where low instrument meteorological conditions—ceilings below 500 feet, visibilities below one mile—mean strict ATC spacing and sequencing rules. As the airplane holding at the lowest altitude in the stack is cleared for the approach, those above it are cleared to descend and hold at progressively lower altitudes, until it’s their time to shoot an approach. Some call this “shaking the box.”

When the weather is above low IFR limits—ceilings 500 to 1,000 feet, visibilities between one and three miles—holding at feeder, initial, and even final approach fixes may also be used. Just be aware that there may be VFR traffic in or near the airport. The airport’s traffic pattern altitude could be below the ceiling, and experiencing visual meteorological conditions. Airplanes could legally be flying traffic patterns even though IFR arrivals are happening at the same time. To help prevent any nasty surprises as you descend on your straight-in IFR final approach course, it’s best to look for any ADS-B targets and listen to CTAF frequencies for the locations of any self-announcing traffic. Remember, ATC’s primary job is to separate aircraft on IFR flight plans, not work VFR traffic around instrument arrivals or departures. 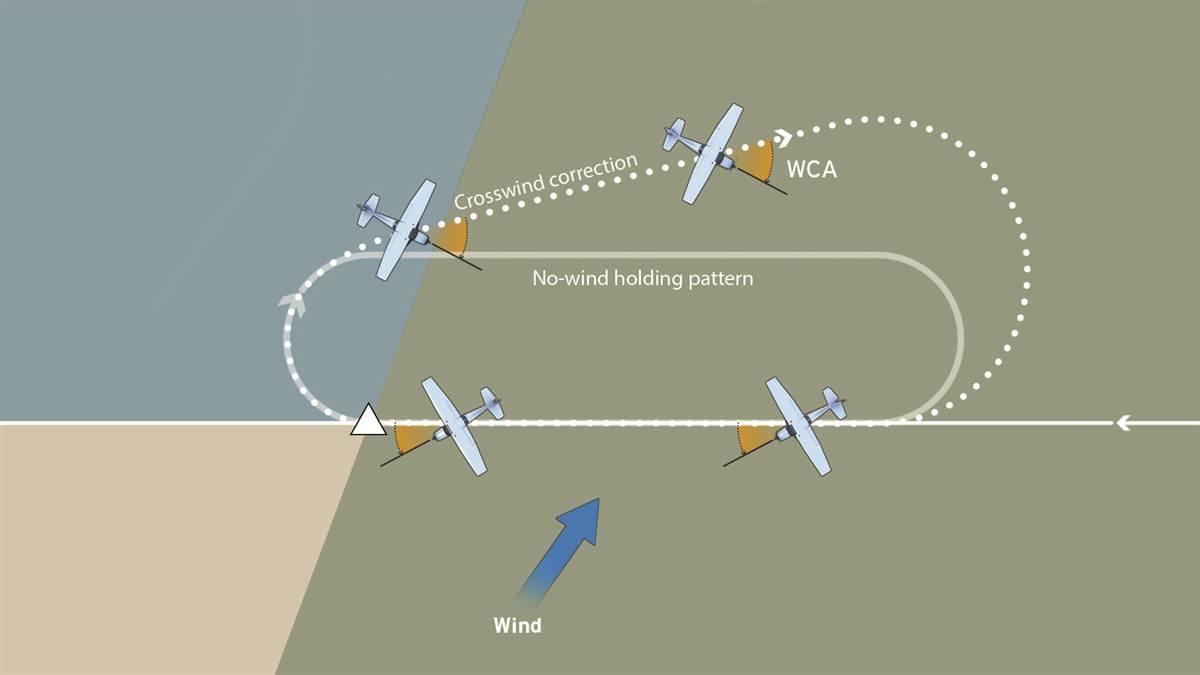 Winds can complicate your tracking. Crab to compensate for crosswinds (above) or else a one minute turn from the outbound path could leave you undershooting or overshooting your intercept to the holding course. Finding the optimal crab angle may take a few turns around the pattern once established on the inbound leg, which should be one minute in duration. To prevent being blown too close—or far away—from the inbound leg, it might make sense to double (or even triple) the wind correction angle you used to track the inbound leg’s course. Headwind on the inbound course? Shorten your time on the outbound leg. Tailwind on the inbound course?  Extend your time flying on the outbound leg so that you reach the magic, one-minute (or one and a half minutes, if flying above 14,000 feet) inbound leg timing.

Want more situations where a hold might be necessary? An airplane ahead of you has a gear-up landing, closing the airport. At a nontowered airport, a pilot forgets to call ATC to close the flight plan. The ILS or VOR serving the approach goes out. The weather goes below minimums. In each case you may well need to hold and then fly elsewhere. Think some more, and you can envision other reasons. You may even face situations where you’d ask ATC for a hold. Let’s say you need time to troubleshoot a system problem, study an upcoming procedure, or check on weather at alternate airports.

The expect further clearance (EFC) term in a holding clearance is important because it makes the holding fix your clearance limit. You should make sure you’re issued an EFC in case you lose communications with ATC. If you lose communications when you’re holding at an en route or other fix that isn’t associated with an instrument approach, leave the holding fix at the EFC and fly to a fix from which your approach begins. Then start your descent and approach as close as possible to your most recently calculated estimated time of arrival (ETA), based on any clearance amendments. If your clearance wasn’t amended, use the ETA you named in your flight plan.

If you lose communications and your holding fix is a fix where an approach begins—an initial, intermediate, or final approach fix—then begin the descent, or descent and approach—as close to the EFC as you can. No EFC? Then as close to the ETA as possible. For the full lowdown on lost communications, check FAR 91.185.

Along with an EFC, ATC should also keep you advised of any expected delays, and give the time of the delay duration. The worst case would be the dreaded “delay indefinite” message, followed by another EFC time—which means additional turns around the holding pattern.

With the popularity of full-featured GPS navigators and their big-screen moving maps, it’s easier to do the mental gymnastics needed to orient yourself to the holding fix and the legs of the pattern. They even tell you the correct holding pattern entry! But full familiarity is vital when it comes to flying holding patterns. Recent Garmin navigators, for example, require that you use the OBS function to define the inbound leg of the holding pattern and suspend sequencing. If you don’t, you’ll navigate to the next fix in the flight plan instead of staying in the holding pattern. However, guidance to and around missed approach holding patterns can be automatic. And if on autopilot, the airplane will continue to hold until you select another operation.

That’s a far cry from the bad old analog, round-gauges-only days. The basics may remain the same, but those of us flying with flight directors, autopilots, and automated navigation definitely have a big advantage. 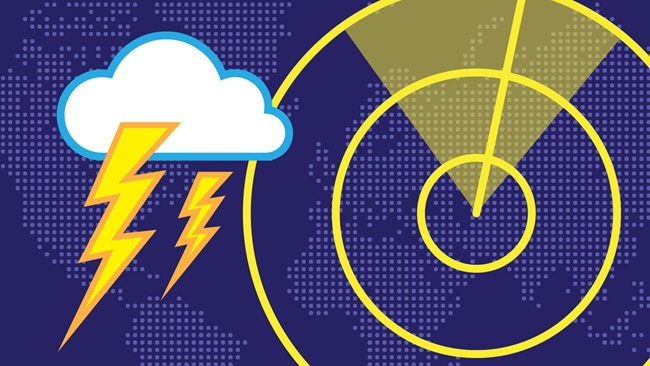 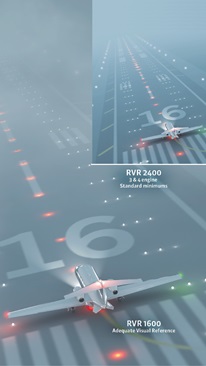 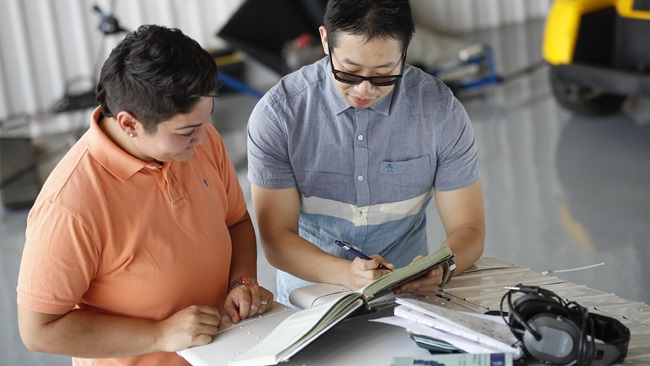 IFR Fix: Six of one