Get the app Get the app
Get the latest news on coronavirus impacts on general aviation, including what AOPA is doing to protect GA, event cancellations, advice for pilots to protect themselves, and more. Read More
Already a member? Please login below for an enhanced experience. Not a member? Join today
News & Videos Ownership: How an airplane is like a kitchen

One thing leads to another with an engine overhaul

There’s a kitchen analogy in there somewhere. You know the one: You set out to change the kitchen faucet and end up with a $50,000 kitchen remodel! Only in my case, it was a wing repair from a bird strike that led to a $50,000 engine and propeller overhaul—even though the bird came nowhere near the engine or the prop. 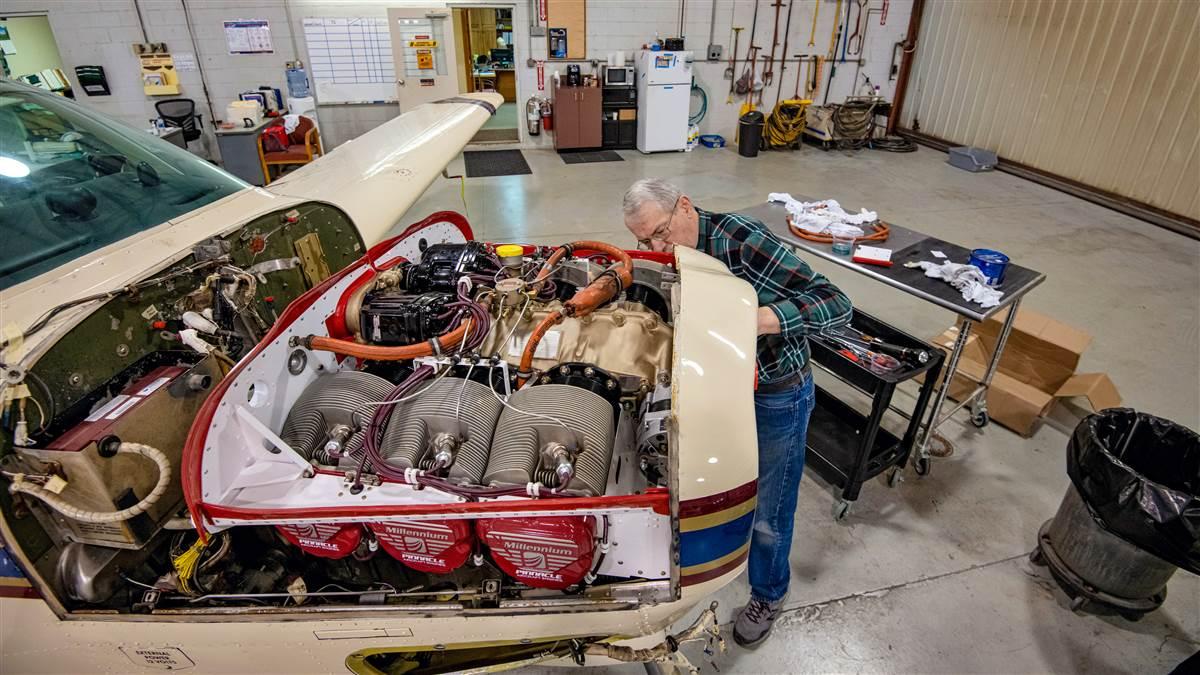 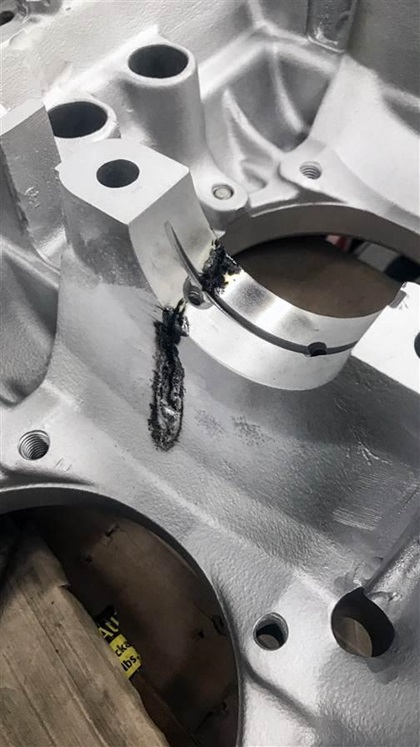 Fortunately, I had been planning and saving for the overhaul of the Continental IO-550-B in my Beechcraft Bonanza A36 ever since the Hobbs meter turned over the first hour on the last engine overhaul way back in 2002—when Crocs and iPods were all the rage. That engine served me well, surpassing the 1,700-hour recommended time between overhaul by nearly 600 hours and still going strong enough. Owners often complain that big-bore Continentals frequently need a top overhaul somewhere in the middle, but this one soldiered on without a blink, asking only for the replacement of one exhaust valve a few years ago.

With oil analysis trend monitoring, frequent compression checks, and digital borescopes, I still had confidence in the engine, but I knew I was on borrowed time. I expected the engine would talk to me before it had a catastrophic failure—wear metals in the oil trending up, declining cylinder compressions, or visual indications inside the cylinders would be a harbinger of a problem.

What concerned me more than the engine was the propeller. It was overhauled in 2002 as well and now, millions of revolutions and 18 years later, it was still working hard with almost no way to tell whether it was about to give out. And, as with the engine, I had pushed well beyond the recommended propeller TBO of 2,000 hours or six years, whichever comes first.

So, with the airplane going into the shop for a period of weeks to repair the wing skin, I decided to use the downtime to get the engine and propeller overhauls done, too. Royal Aircraft Services in Hagerstown, Maryland, was one of the shops recommended by my insurance company for the wing repair. Royal has experience swapping engines in and out for overhauls as well, so in addition to a quote on the wing repair, I asked for one for the engine swap, propeller overhaul, new engine mounts, new baffling, and a number of other accessories that go with such a job. 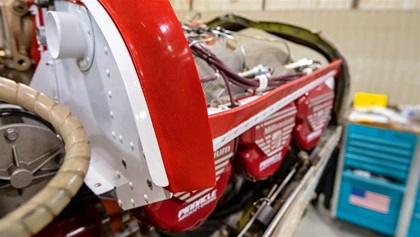 I had already scoped out Pinnacle Aircraft Engines in Silverhill, Alabama, as the shop to do the engine overhaul. Pinnacle developed a good reputation for overhauls when its only customers were Nantucket Airlines and Cape Air.

A new ownership team that includes J.D. Kuti as vice president of operations and chief inspector, along with Todd LaVelle and Aron Stefanides, bought the business in July 2019. As a Part 145 repair station, Pinnacle now does work for other customers including major overhauls and repairs. Its engines are built to new limits using Superior Air Parts cylinders. Kuti said the company prefers Superior cylinders because of their advanced manufacturing techniques and their warranty period—37 months, which is longer than almost any other cylinder manufacturer.

Kuti walked me through the process, which includes a detailed inspection and photo session as the engine is uncrated. They then tear the engine down, using more photos to document the condition. The engine is cleaned using a baking soda blast system rather than plastic or glass media used by some other shops. The baking soda, Kuti said, is harmless and breaks down easily should any find its way into any nooks and crannies. The parts to potentially be reused then go through an extensive nondestructive testing and measurements process to determine whether they still meet new limits. Crankshafts go out to a vendor for regrinding if necessary. All bushings are honed in house because they believe they get better quality control that way.

Any new parts are ordered while the reusable parts move into the paint shop.

New and reusable parts come together in the rebuild room where all of the parts are measured again. Pinnacle uses a buddy system for the reassembly process. One technician does the build; another checks the work.

Pinnacle’s engine test cell is more sophisticated than many in that it includes a downdraft cooling system which closely mimics the baffling system installed in an airframe. This improved airflow plus a water misting system means they can run the highly instrumented engines longer on the dynamometer without fear of overheating. Kuti said my engine did so well in the dyno that they ran it for an extra hour to conduct their regular calibration processes. “We can see crankcase pressures drop off while on the dyno,” Kuti said, indicating that rings are often seated during that initial run, which means much of the break-in process is complete before the engine leaves the test cell.

Kuti said when it was torn down, my engine looked much as he would expect of a big-bore Continental run to TBO and beyond. The lifters had some spalling; the oil cooler was rejected because of a crack; and the starter adapter shaft and gear were worn beyond limits—all common findings. However, one important and expensive part didn’t pass muster: the crankcase. After cleaning and upon inspection, Pinnacle discovered a crack that was not repairable. Cha ching! An overhauled case added $6,500 to the bill. The original was a “heavy” case—as opposed to earlier models with thinner cases. The thicker, heavier cases were introduced to reduce cracking, but Kuti says they see a fair amount of cracking of heavy cases. It may be too much of a good thing, he suggests: the heavier cases don’t flex under stress, which may lead to cracks. Nonetheless, that is still the recommended case.

One should go into an overhaul expecting a few “extras” such as that. Royal Aircraft informed me that the propeller shop was recommending the prop governor be overhauled as well. As it turned out, the cost of the overhaul rivaled the price of a new McCauley governor, so I went with new.

With the engine out of the airframe, Royal technicians noted that the engine mounts had sagged enough over the years to allow the engine to damage the nose bowl inner panels—wearing holes through in a couple of places and causing a crack. Because of the complex shape, they couldn’t be repaired with doublers. New panels were ordered.

If there’s one must-do with an engine overhaul, it is replacement of the engine mounts. I knew that when it was overhauled in 2002, but the shop that did that installation convinced me that the old mounts were in good condition and didn’t need to be changed. Clearly, 18 years later, they had failed and caused damage.

The old baffling was just that. Rather than piece it back together, I sprung for a new D’Shannon Aviation baffle cooling kit. I have to say, it looks great; fits super tight; and appears to be doing a good job of cooling the engine.

As you’ve surmised by now, the pieces and parts all came back together. The prop and engine made their way back to Royal Aircraft and were installed successfully.

The test flights and subsequent break-in period show an incredibly smooth and fast engine. Flat out it moves the old A36 airframe along at 178 to 180 knots true airspeed. At 75 percent it is typically 172 to 175 KTAS.

Many people commented on how smooth the old engine was. But the newly overhauled one is even better. This is like turbine-smooth.

After about 18 hours of flying with mineral oil, I changed it out for regular ashless dispersant oil and am on my way to what I hope is another couple of thousands of hours of trouble-free flying.