Get the app Get the app
Already a member? Please login below for an enhanced experience. Not a member? Join today
News & Media First powered flight on Mars complete

Piece of Wright Flyer aboard for a sol to remember

Its rotors spinning furiously in the thin Martian atmosphere, NASA’s Ingenuity made mankind’s first controlled flight on another planet in the early morning hours of April 19. 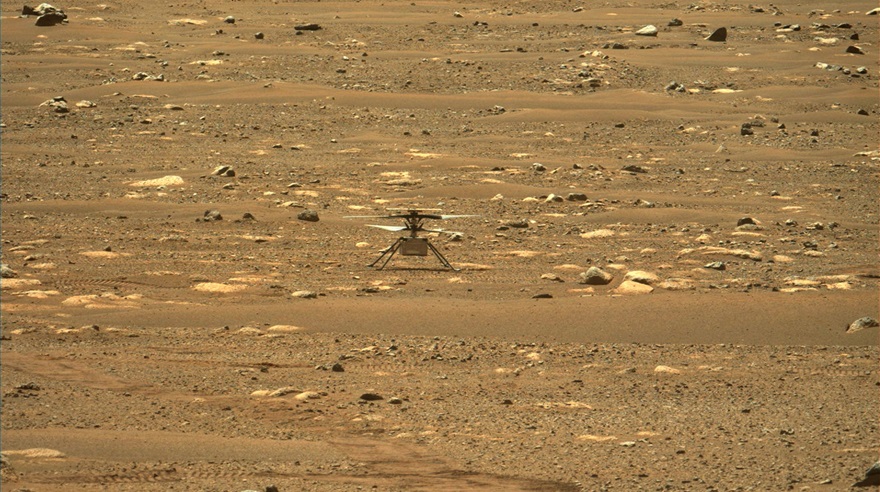 This image from NASA's "Perseverance" rover shows the agency's "Ingenuity" Mars Helicopter right after it successfully completed a high-speed spin-up test. It was captured by the Mastcam-Z instrument on "Perseverance" on April 16, 2021 (the 55th sol, or Martian day, of the rover's mission). The image has been slightly processed (stretched and cropped), courtesy of NASA/JPL-Caltech/ASU.

A small black-and-white image of the helicopter’s shadow was the first of many photographs and video beamed back across nearly 180 million miles that separated Earth and Mars on the historic day, or “sol,” as a full rotation of Mars has been known since the Viking Lander arrived in 1976. It took 16 minutes for the radio signals to travel across that gap, which is one reason why Ingenuity is fully autonomous. Engineers at the NASA Jet Propulsion Laboratory gave the launch command, and on-board systems executed the brief flight that began at 3:34 a.m. Eastern Daylight Time (12:33 Local Mean Solar Time, or Mars time), lasting 39.1 seconds.

The helicopter, 19.3 inches tall with a takeoff weight of 4 pounds (on Earth), achieved its objectives, including a stable hover lasting 30 seconds 10 feet above the Martian soil. If that sounds unimpressive, consider that the atmospheric pressure on the surface of Mars is 0.095 pounds per square inch, compared to 14.7 per square inch on Earth. In effect, Ingenuity launched at an Earth-equivalent pressure altitude of more than 100,000 feet.

Ingenuity has a flight campaign ahead that its creators hope will demonstrate the feasibility of aerial exploration of Mars, and many high-resolution photos and videos will document each step. While the Wright brothers had their hands full capturing even one image of their first flight. NASA has many more cameras than they did aboard Ingenuity and Perseverance. The rover was positioned 211 feet away from the delicate helicopter to document the maiden flight and report the results back to JPL engineers eagerly waiting for the debrief in Pasadena, California. 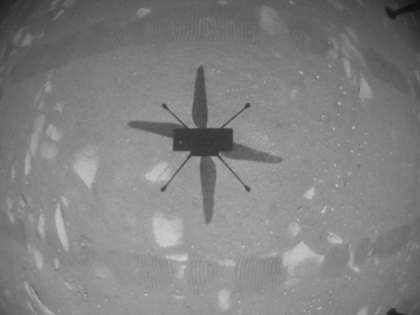 The aeronautics and space agency has gone all-in on the Wright brothers parallels since long before Perseverance departed Earth with Ingenuity stowed in its belly on July 30. A small swatch of muslin clipped from the lower-left wing of the Wright Brothers Flyer 1 is secured with tape around a cable extending from the helicopter’s solar panel, with a dot of epoxy and white polyester cord providing further security for an artifact that has now become part of a second historic flight.

“Now, 117 years after the Wright brothers succeeded in making the first flight on our planet, NASA’s Ingenuity helicopter has succeeded in performing this amazing feat on another world,” NASA Associate Administrator for Science Thomas Zurbuchen said, in a NASA release. “While these two iconic moments in aviation history may be separated by time and 173 million miles of space, they now will forever be linked. As an homage to the two innovative bicycle makers from Dayton, this first of many airfields on other worlds will now be known as Wright Brothers Field, in recognition of the ingenuity and innovation that continue to propel exploration.”

The International Civil Aviation Organization joined in: Ingenuity’s chief pilot, Håvard Grip, presented to NASA and the FAA the official ICAO designator of what is now Wright Brothers Field: IGY. This will be included in the next edition of ICAO’s Designators for Aircraft Operating Agencies, Aeronautical Authorities and Services, along with a ceremonial location designation JZRO for Jezero Crater. (No services will be available at Wright Brothers Field for quite a while, we must assume, and certainly no on-field restaurant, but there may be a courtesy car if the rover holds up.) 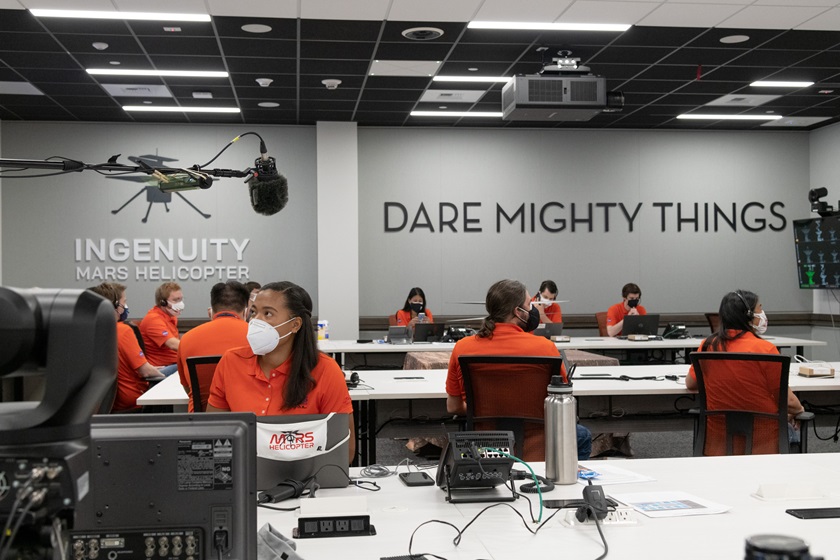