Bye Aerospace plans to shake up a key segment of aviation with the “remarkable” turboprop-class electric-propulsion eight-place aircraft that company founder George Bye hinted at to AOPA in March.

The word “disruptive” is much overused in the context of technological innovation. Perhaps not this time.

On April 22, Bye Aerospace, headquartered at Denver’s Centennial Airport, shined a spotlight on the aircraft it calls the eFlyer 800—a project responsive to “growing demands for regional all-electric airplanes with significantly reduced operating costs, plus increased capacity and utility.”

In a phone interview, George Bye said the eFlyer 800’s technology could be ready 42 to 46 months from now to carry the load currently borne by many of the obsolescence-bound workhorses of the turboprop fleet.

He projects eFlyer 800 operating costs to be one-fifth those of traditional twin turboprops, making the all-electric airplane well-suited for operations such as air taxi, air cargo, regional, and air charter.

Although a twin-propeller aircraft designed to fill those roles seems a major departure from Bye Aerospace’s best-known projects, it can benefit from a “depth of maturity” gained as the company advances its two-place eFlyer 2 electric trainer and four-place eFlyer 4 toward FAA certification.

Some “system-specific certification plans” from those projects will also apply to the eFlyer 800 and should accelerate its approval process “as opposed to starting from scratch,” Bye said.

Bye expects the eFlyer 800 to prove twice as efficient as a similar-sized turboprop, having been optimized from tip to tail for electric propulsion and “incredible payload capability.”

An inherent advantage of the electric aircraft is that it has what Bye describes as “a full energy payload from the outset.” In other words, there is no “fuel-passenger payload exchange,” such as that which requires a turbine-engine-powered Pilatus PC–12, Beechcraft King Air, or other turboprop to trade fuel for range.

Estimated performance for the low-wing eight-seater with wing-mounted electric motors, prominent winglets, and a T-tail includes up to a 320-knot cruise speed, a 35,000-foot ceiling, and a 500-nautical-mile range with 45-minute IFR reserves at normal cruise speed of 280 knots and a maximum payload of 1,540 pounds.

Night operations would be advantageous over other aircraft because of reduced noise and zero carbon emissions, he said.

Although the 500-nm range touted for the eFlyer 800 falls well short of some of the legacy fleet of roughly 10,000 aircraft, Bye maintained that the figure represents a “robust initial market entry for the eFlyer 800.”

He cited statistics indicating that 90 percent of the market segment he is targeting involves flights of 400 nm or less, “with small payloads.” The eFlyer’s design “embraces almost the entire market opportunity,” he said.

Planned safety features include redundancy of motor windings and battery pack and a full-airplane parachute. Additional safety features could include an emergency autoland system, envelope protection, and terrain avoidance technology.

The customer deposit agreements being drawn up are with U.S. and European air taxis, air cargos, and air charters, according to the April 22 news release.

Lithium-sulfur batteries from Oxis Energy will supply the electrical system’s energy. As compared to lithium-ion battery-based systems, significant efficiency gains come from a variety of factors including the construction of both the individual cells and their containment structures, which can be 60 percent lighter, Bye said.

AOPA reported in November 2019 that the U.K.-based energy pioneer and Bye Aerospace had begun a project to significantly increase the flight time provided by a single battery charge over lithium-ion batteries. A project update at that time noted that “the first step will be to test OXIS cells and modules against the performance of ‘existing and soon-to-be-announced Bye Aerospace aircraft,’” with the data expected to “‘demonstrate the advantages of the OXIS Li-S technology to the aerospace sector and more specifically, to Bye Aerospace’s future aviation applications.’” 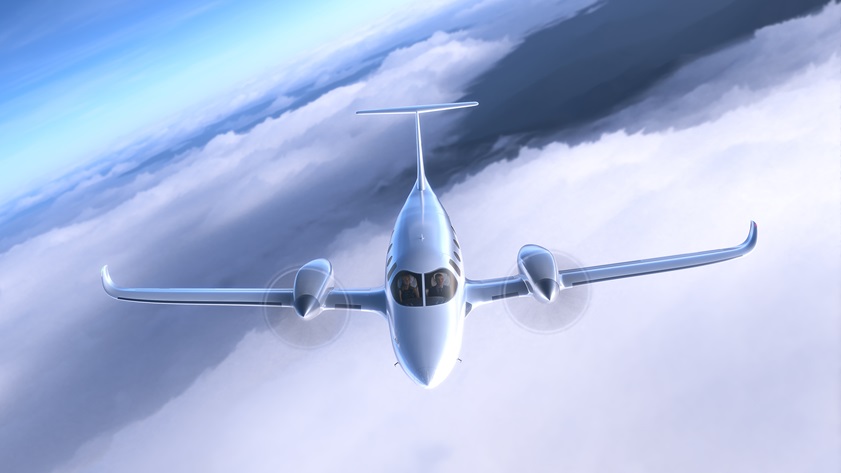 Dan Namowitz has been writing for AOPA in a variety of capacities since 1991. He has been a flight instructor since 1990 and is a 35-year AOPA member.
Go to Dan Namowitz's Profile
Topics: Aircraft, Electric, Jet