Get the app Get the app
Already a member? Please login below for an enhanced experience. Not a member? Join today
News & Media Mixing charter and personal

You can be successful, you can advance humanitarian causes, you can achieve recognition among your peers, but sometimes that’s just not enough. Sometimes, if you’re fortunate enough to also be a pilot, you gotta have a jet. 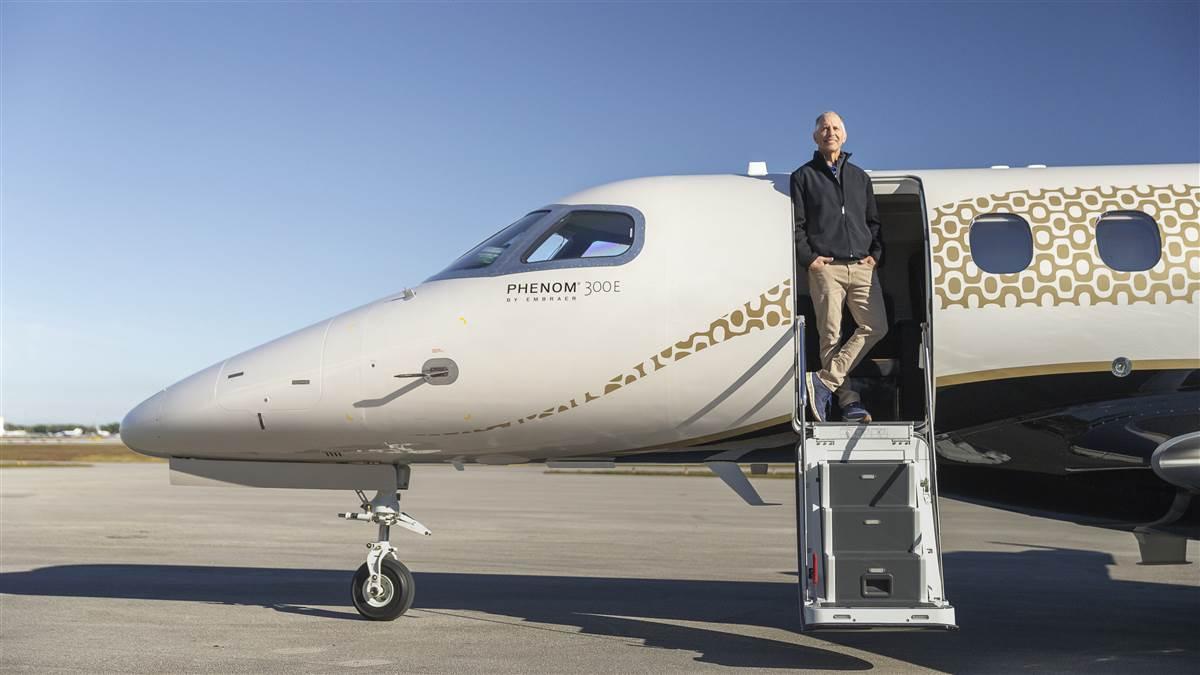 So it was with Joe Howley, known to many in the pilot community as the founder and president of Patient Airlift Services (PALS), a Farmingdale, New York-based organization that provides transportation to hospital locales using volunteer pilots. Other pilots may know him from his recent tenure as the president of the Pilatus Owners and Pilots Association (POPA).

“I told him ‘look, you’re flying a jet now. Act like it. This is the big league. You have to learn to rely on other people.’”

Howley began flying by learning in a piston single, then moving on to own a Cessna 182, a Cessna Turbo 210, a Cessna Caravan, and a Pilatus PC–12NG. He’s used his airplanes to do PALS flights for about 100 hours per year (see “Flight Before Christmas,” September 2012 AOPA Pilot), like many PALS volunteers, as well as a fair amount of recreational flying. Some of those recreational flights are pretty ambitious, and they take him to foreign locations with like-minded turbine pilots.

On one such trip, Howley was in a group with three single-pilot jets. That did it. He had planned to buy a new PC–12NGX, but after looking the jets over, he changed his mind. “I thought the PC–12 would be that last airplane I’d own,” he said. “But the idea of flying a jet…that’s the ultimate bucket-list item.” Howley set his sights on buying a new Embraer Phenom 300E.

He quickly realized that moving to a Phenom wasn’t all that simple. With 5,000 hours total time (and 3,500 hours of it in PC–12s) Howley had turbine experience—but he had a private pilot certificate and an instrument rating. “I needed a multiengine rating, and at least a second-in-command [SIC] type rating to legally fly a jet,” he said. Then there was the matter of insurance. Flying single-pilot, the premiums could hit a staggering $150,000 or so per year; flying in a two-crew operation lowers the price to about $25,000 per year. That meant that he’d need another pilot, type-rated and experienced in the Phenom 300, up front with him. Plus a commercial pilot certificate for flying under Part 135.

Howley needed to act fast. When he bought the Phenom in June 2020, he had just six weeks to score the commercial/multi/SIC tickets if he was going to take delivery by the planned date. Through Nick Newby, an aircraft broker and friend who was Pilatus’ senior vice president of customer service, Howley learned of Summit Aviation, a large flight training and charter operation based at Bozeman, Montana’s Yellowstone International Airport. “You may not like doing all that training in such a short time, Joe,” Newby said. “But if you want a pathway to do this the right way, this is it.”

Summit uses Diamond DA42s for multiengine training, which Howley preferred because of the glass cockpit and other modern features. Although Summit’s main training focus is with a nearby college’s aviation program, President Ben Walton agreed to a program of training and ownership tailored to Howley’s needs. Howley, Walton, and Newby came up with a unique approach to jet ownership and operation, one that favored two-crew operations, prioritized the owner in the cockpit, involved putting the Phenom in Summit’s charter fleet (which includes eight Phenom 300s, a Hawker 850, and a Bombardier Global 5000), had its maintenance performed at Summit, and kept the airplane based at Howley’s home airport. Walton emphasized that this kind of customized training and ownership isn’t for everyone, that it depends on the individual, and that he or she must be a “right fit.”

At first, Howley was dead set on flying the airplane single-pilot—the way he flew his PC–12. “You see this a lot in pilots stepping up to single-pilot jets,” Newby said. “They want to do everything themselves. I wanted to get him out of that mindset. I told him ‘look, you’re flying a jet now. Act like it. This is the big league. You have to learn to rely on other people.’”

Once Howley earned all his credentials at Summit, he began flying his Phenom right-seat on Summit passenger-carrying charter flights to build time in a crew environment. A Summit pilot is also along for Howley’s personal and PALS flights, with Summit taking care of flight planning, risk evaluation strategies, and logistical support. His insurance bill is lower, and he earns revenue from Summit’s use of his airplane on charter flights.

“I mean, think about it…emergency procedures; no-autopilot ops; CRM; checklists; memory items; changing your route while doing 400 knots; flying real SIDs and STARs, not vectors—the two-crew setup is safer, no doubt about it.”

In a few more hours, Howley will be ready to earn his Phenom 300 type rating. By then, the airplane will fit him like an old shoe, and he’ll have more type-specific knowledge and real-world experience than any of his classmates—or maybe even the instructors. “People go into type rating courses, get the fire-hose treatment, and come out not knowing really much practical information or skills,” said Walton. “And the supervised operating experience—SOE—that they put on your certificate is 25 hours. That’s nothing. There’s nothing like flying charter on a regular basis to build proficiency.”

So far, Howley has flown up and down the East Coast several times, with trips to the Chicago area, Cincinnati, Albuquerque, Phoenix, and other airports far from his home base at Palm Beach International. Does he miss his PC–12, and the days of turboprop flying? 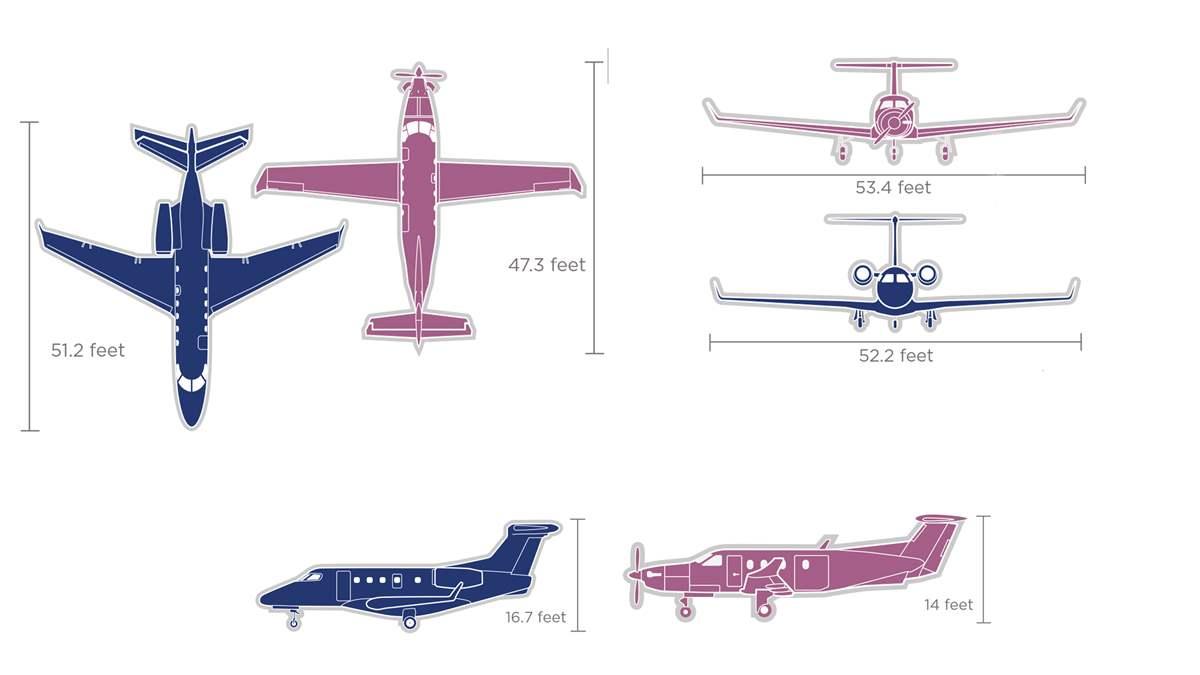 There’s a big difference between the Pilatus PC–12 Howley owned before moving up to his Phenom 300E.