Get the app Get the app
Already a member? Please login below for an enhanced experience. Not a member? Join today
News & Media Plaintiff seeks drone identification do-over

A Florida drone retailer asked a federal appeals court judge to vacate Part 89 and remand the final rule requiring drones to electronically identify themselves back to the FAA. 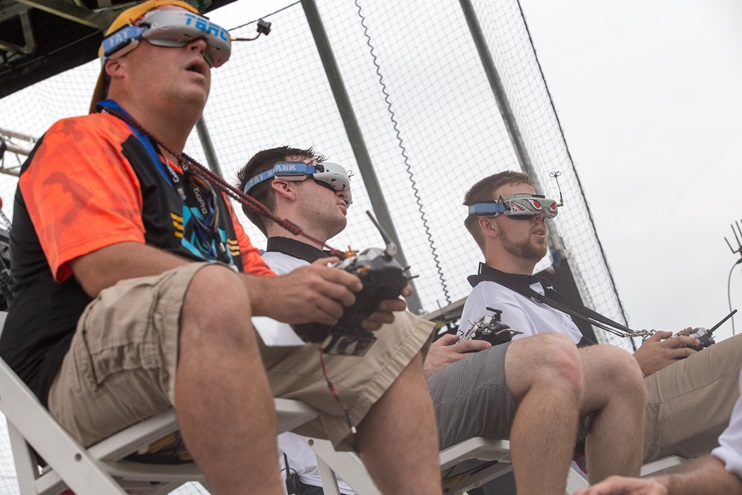 The case is being heard by the U.S. Court of Appeals for the District of Columbia Circuit, the same panel of judges that struck down the FAA’s drone registration requirement in 2017. The effect of that case, Taylor v. Huerta, was short-lived, because Congress acted within months to update the law and restore the registration requirement. The petition filed in March by Tyler Brennan, CEO of RaceDayQuads, has potential to be more disruptive, because it seeks to overturn every word of the final rule that created Part 89 in January, and will require most drones to broadcast location and identification information via radio transmitter by September 2023.

The FAA has made it clear that remote identification of unmanned aircraft, often shortened to “remote ID,” is a prerequisite to advancing the technology, and the industry. Part 89 will require most drones to broadcast a “digital license plate,” including small aircraft flown for fun, and larger models delivering packages and conducting other operations that require flight beyond the remote pilot’s line of sight. Part 89 was also created to address law enforcement and security concerns raised by numerous incidents. The plaintiff’s legal team filed on August 4 an 88-page brief accusing the FAA of violating federal laws, disregarding public comments, and engaging in improper communication with industry stakeholders during the development of the final rule.

The U.S. Department of Justice is expected to respond with a brief on the federal government’s behalf before the court holds a hearing on the petition, possibly later this year.

“Instead of this rule being lawfully, transparently, and fairly created with public input and reasoned decision-making, FAA developed the impactful requirements without adherence to Congressional direction, withheld relevant information from the public and engaged in a multitude of ex parte communications, implemented unexpected changes, and failed to account for many significant comments in the final rule, including that it appears to exceed FAA’s authority,” the plaintiff’s attorneys wrote in the 78-page brief that also argues remote ID violates the constitutional rights of remote pilots “by requiring nearly limitless GPS tracking of all UAS at all times in all locations, including the curtilage of the home, without warrant or suspicion. FAA cannot be permitted to ignore the requirements of the [Administrative Procedures Act] or circumvent the Fourth Amendment. The final rule must be vacated.”

Brennan commented on the submitted brief on his company website and appealed for more donations to defray legal expenses. A ruling is not expected until 2022.

“As a community, I hope we all feel proud about the effort that FPV has put into fighting on behalf of all RC flight. I truly feel that the positive effect we are having will be felt for generations to come,” Brennan wrote.