Get the app Get the app
Already a member? Please login below for an enhanced experience. Not a member? Join today
News & Media Briefing news

The National Aeronautic Association awarded its 2020 Robert J. Collier Trophy to Garmin for Garmin Autoland, the first certified autonomous system that can activate in an emergency to land an aircraft without human intervention. 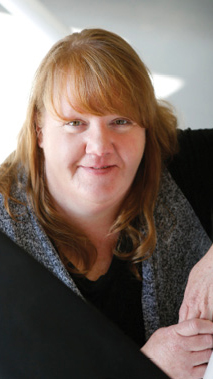 AOPA is mourning the death of Kristy O’Malley, AOPA Media copy editor. An integral member of the Publications Division, Kristy died unexpectedly May 21 of natural causes. She was 52. Kristy brought her knowledge of grammar and style to AOPA in 2017, and while general aviation was a new frontier for her, she immersed herself in our community with great enthusiasm. She was key to the production of AOPA Pilot and AOPA Flight Training magazines. She also helped produce the AOPA ePilot and AOPA Flight School Business newsletters and other digital and online products. Kristy had time, energy, patience, and generosity for everyone inside and outside the association. We will miss her talent, her sense of humor, and her wonderful laugh.
aopa.org/pilot/kristyomalley

“The Garmin Autoland system marks a significant improvement in civil aviation,” said NAA Chairman Jim Albaugh. “Its ability to take over an airplane with a disabled pilot and land it safely will save many lives in the future. It’s a remarkable technical achievement and clearly merits the Collier Trophy.”

A passenger can activate the system with the press of a button. Once activated, “the system calculates a flight path to the most suitable airport, while avoiding terrain and adverse weather, initiates a stabilized approach to the runway and lands the aircraft—without pilot or passenger intervention,” Garmin said. Autoland has been certified for the Piper M600/SLS, the Daher TBM 940, and the Cirrus SF50 Vision Jet.

Visit aopa.org for the rest of the story

Attorney F. Lee Bailey dies
F. Lee Bailey, the inspired barrister, pilot, and entrepreneur, died June 3 at age 87. The renowned criminal defense attorney who helped acquit O.J. Simpson and who was responsible for freeing Sam Sheppard, the physician convicted of killing his wife, was best known in the aviation sphere for his role in helping famed aerobatic pilot R.A. “Bob” Hoover fight the FAA’s emergency revocation of his medical certificate, and for developing the Bailey Bullet, a highly modified Piper Twin Comanche, and the Hoover Hornet, a modified Rockwell Shrike. Bailey, with a group of investors, also owned the Enstrom Helicopter Corp. from 1971 to 1979.

You Can Fly challenge underway
The 2021 You Can Fly Challenge launched June 1 and will run through December 31. Donations to the AOPA Foundation for the challenge will be matched, dollar for dollar up to $2.5 million, by the Ray Foundation. The late James C. Ray was a World War II veteran and a member of the AOPA President’s Council who “believed that life skills are learned through aviation.” Donations through the 2021 You Can Fly Challenge will introduce more students to aviation opportunities, provide pilots more time in the air through flying clubs, enhance flight training success, and enable rusty pilots to safely return to the cockpit.

Lt. John A. Macready of the U.S. Army Air Corps sprays a patch of ground infested with caterpillars, marking the first use of pesticides “dusted” over fields by airplane. His application from a modified Curtiss JN–6 was successful; however, the first commercial operations began in 1924 in Macon, Georgia. The S–1 was developed by Leland Snow in 1951 and the Grumman G–164 Ag-Cat began production in 1957. Aircraft designed for crop dusting include the Air Tractor line, Cessna Ag-wagon, Piper Pawnee, and Thrush models. Helicopters are also employed. Not really “crop dusting” anymore; the chemicals are liquid, no longer dust particles. 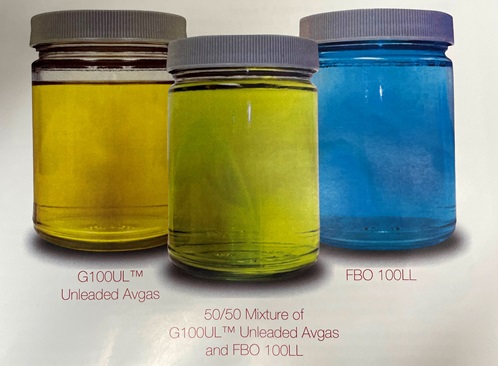