Get the app Get the app
Already a member? Please login below for an enhanced experience. Not a member? Join today
News & Media Flight MD: Better tests, better future

I have a recommendation for how the FAA can modernize first class medicals. Instead of resting ECGs (electrocardiogram), do stress ECGs or nuclear stress ECGs. Now hear me out before shouting.
Brent Blue, MD, is a senior AME who practices medicine in Jackson Hole, Wyoming. He is ATP rated and flies a Noorduyn Norseman out of Driggs, Idaho.

First class medicals are the least common medical that AOPA members obtain, but the association has a bunch of airline pilots who are members and who have a lot more fun flying small aircraft than the big iron tubes.

At age 35 and annually after age 40, the FAA requires first class medical applicants undergo a resting ECG. Resting ECGs are a tracing of the electrical activity of the heart and mainly show the rhythm of the heart. The ECG also shows how the electrical impulse travels through the heart.

The ECG rhythm demonstrates irregularities such as atrial fibrillation and normal skipped beats like premature ventricular contractions (PVCs)—both of which can usually be indicated by listening to the heart with a stethoscope or feeling a pulse. Other more esoteric rhythms can be detected as well.

The tracing of the electrical impulse can show tissue that has been damaged in the past by a heart attack or other past illnesses. If a person is experiencing acute symptoms, which is not the case in most flight physicals, it can show an acute evolving heart attack.

Most important, ECGs have almost zero predictive value for sudden incapacitation, which is the FAA’s persistent concern. ECGs are old technology and there are far better methods that also give predictive information, which is not only important to the FAA but of substantial importance to the pilot as well.

Most important, ECGs have almost zero predictive value for sudden incapacitation, which is the FAA’s persistent concern.Stress ECGs are heart electrical tracings that are performed while a person is on a treadmill or a pedaling a stationary bike. The science behind the stress test is, that as a person exerts energy on a standardized scale, their heart rate, blood pressure, and electrical activity should follow a fairly specific pattern. If the person’s results do not follow that standard pattern or shows sign of a blockage of their coronary arteries through the electrical wave forms, additional testing might be indicated. However, if the test is negative, it means there is an excellent chance the pilot does not have any coronary artery blockage and will not, statistically, over the next five years.

There are some caveats to a stress ECG. There are some false positives as well as false negatives but far fewer than a resting ECG. In addition, the blood pressure response to the standardized workload is recorded. Many times, a hypertensive response to exercise is discovered and treatment with a medicine can prevent serious problems as a person ages.

A nuclear stress test (also known as a myocardial perfusion scan, Thallium, Sestamibi, and other names) is an even better test. In addition to the stress test, a dye is injected during maximal stress and again at rest. This dye is visualized on a special camera that shows the distribution in the heart, which should be increased during the high exercise portion. An analogy would be like watering your garden with a hose. If the hose had a kink in it, you might not notice. But when the house catches fire, you turn the spigot all the way up and no more water comes out, you know there is a problem. A nuclear stress test is essentially the same physical concept.

These tests are more than just about flying. They can help prevent progression of coronary artery disease by early discovery of heart disease before damage is done. The FAA could do something really positive for pilots by adopting this straightforward proposal. 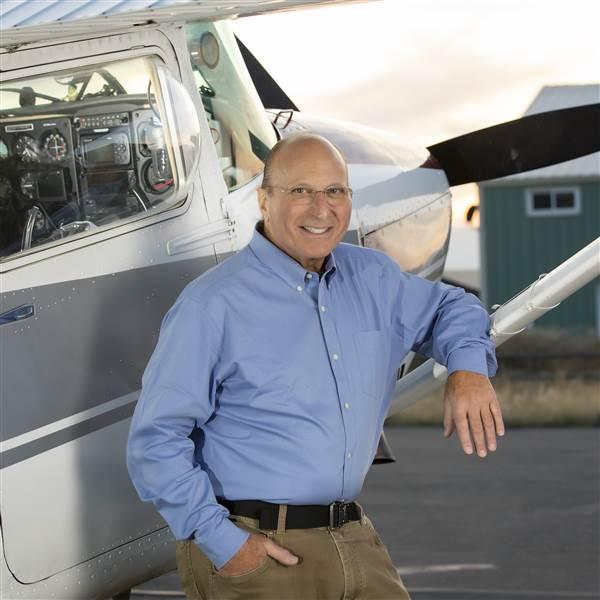