Get the app Get the app
Already a member? Please login below for an enhanced experience. Not a member? Join today
We will be performing maintenance on our systems Sunday 9/19 from 12am to 6am ET. During this time, you may experience intermittent service outages. We appreciate your patience.
News & Media Flight Training: Rotorhead

An argument for learning to fly helicopters

Get a seaplane rating, add a multiengine rating, try a glider. There are dozens of ways to experience aviation anew, but one stands above as the ultimate combination of fun and utility. This is an argument for learning to fly helicopters. 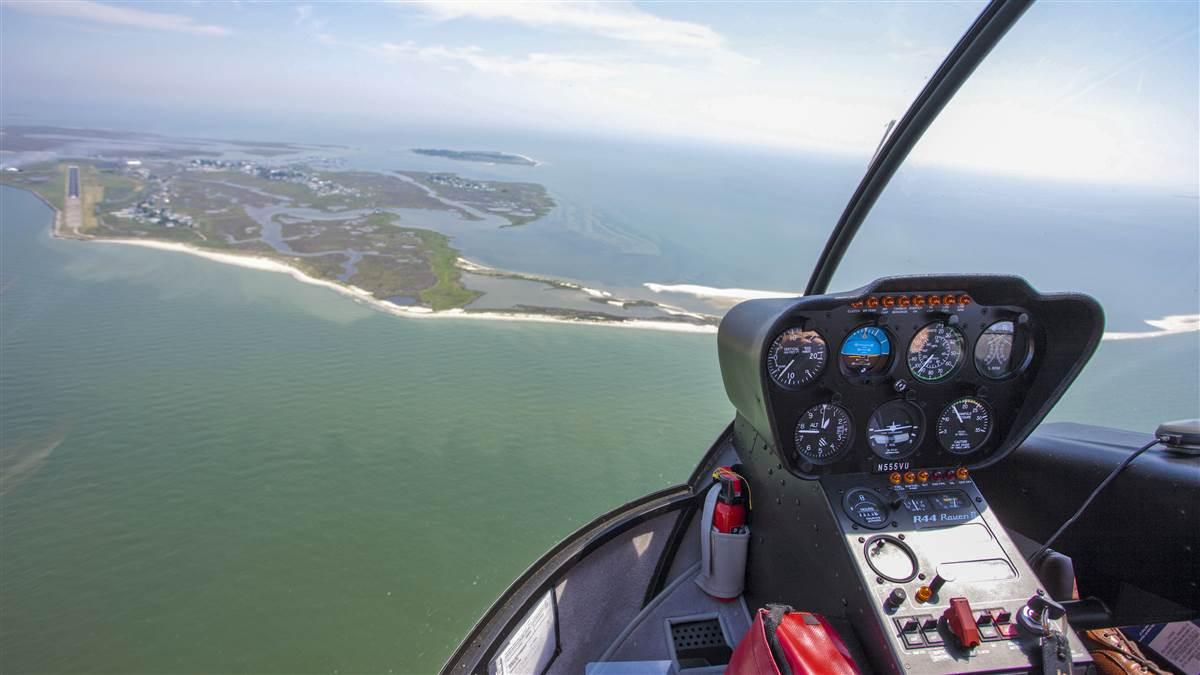 For specifics on the hours required for pilots with an airplane certificate to add a rotorcraft rating, head to FAR 61.109. Under subpart (c) look for anything that says, “in a helicopter” and that’s what you must accomplish before you can take the checkride. It is:

The caveat is that if you train in a Robinson R22, SFAR 73 dictates some specific training that must be accomplished, including 20 hours of dual prior to first solo. Thus, Robinson students can expect a minimum of 30 flight hours before taking the checkride. As always, the more often you fly and the harder you study, the more efficient—read less expensive—your training will be. —IJT

Aviation is a series of intermeshing layers, each different. Being in one community gives you access to one layer, and each time you learn something new, a different layer is peeled away and another community revealed. Sometimes these communities come together, like at an airport on a busy weekend, or at a fly-in, but often they exist independently of each other. Often members of one community know nothing of the others. Take instrument flying as an example. When you first learned to fly there was an entire system of routes, airspace, and procedures you probably didn’t even know existed. After getting the rating you could fly new places in different types of weather, speak the lingo, understand the other radio calls, and read the charts. Learning to fly a helicopter unwraps another layer. Yes, you understand a new type of flying and uncover a world of new aircraft. But you’ll also learn things that make you a better fixed-wing pilot.

Some are small, like how far away to park your airplane from that Bell 505 on the ramp, and some are more significant, like where to look for them when entering the pattern. Perhaps more important than a transfer of skills to airplane flying are the ways learning to fly a helicopter can expand your view of aviation:

It opens a new community.
It’s no secret that many airplane pilots think helicopter pilots are nuts, and many helicopter pilots think airplane pilots are prima donnas. Harsh, yes, but also a prevailing attitude. The two groups often don’t mix, something we should all work to change. We should want our blue and red communities to turn purple. Learning to fly helicopters will enlighten you to an entirely new community of pilots who think differently, operate differently, and experience aviation differently.

It will make you rethink risk management.
In our aviation education we first sit in a classroom and are told what is risky, then learn to avoid risk in the airplane, and finally begin to incorporate our own values as we gain experience. Helicopter pilots take the same courses, hear the same stories, and read the same accident reports, but draw wildly different conclusions. For many students, their first autorotation—a highly complex maneuver that takes intense concentration and leaves little margin for error—is initiated lower than 500 feet above the ground. The power rolls off and the student must respond immediately, all while the ground is rushing up in a way they would never experience in an airplane. It’s a community of pilots who choose to fly low under a cloud deck, rather than get an instrument clearance (in many cases it’s not legal to do so), who are generally more comfortable flying at 500 feet than 5,000 feet, and who count fuel reserves in minutes, rather than hours. That’s not to say it’s all wrong. But it will make you aware of a different operating philosophy, and it will cause you to question your own decisions and risk management practices.

It will slow down your airplane.
You remember the first time you landed an airplane and how everything was a blur? How you slowly mastered landings while the whole process became clearer, details presented themselves, and time almost seemed to slow down? Flying a helicopter, especially a hypersensitive Robinson, will reset your internal clock and slow down your airplane even more. Ask helicopter pilots their impression of transitioning to fixed wing and most will tell you that everything is really slow. Practicing engine failures, stalls, and other maneuvers that may seem hurried, frantic, or stressful will transform into controlled, methodical affairs. Even straight and level will feel different. You’ll realize you can take your hands off the yoke or stick for what seems like minutes before anything happens. Don’t try that in a Robinson.

It will expand your flying environment.
Most people fly light airplanes between 3,000 feet and 10,000 feet. Flying helicopters will expand your knowledge of the world from the surface to 3,000 feet. You will learn how to navigate at a lower altitude and how to better avoid obstructions, and you’ll get sharper at pilotage. It will also open your eyes to emergency landing sites and how to better evaluate their potential, and help you better judge low-level weather.

It’s fun.
While it may be true that some pilots learned for purely practical reasons, or to find a career, most general aviation pilots fly for fun. At least, if they’re being honest with themselves they do. And if your goal is to have fun, it’s impossible to beat a helicopter. The feeling of pure joy and wonderment when you pick up the ship, sit 5 feet off the ground (mostly) motionless, and then slowly begin to tilt forward as you start the takeoff run is unmatched in aviation. Airplanes are beautiful and romantic. Helicopters are fun and offer constant amazement. You can do wild things, such as turn in circles as you taxi, land on the peak of a bluff, or autorotate straight down. You can impress your friends by flying them to downtown Manhattan or the grassy area of a nice restaurant. Or, you can fly around at 500 feet and 80 knots with no doors and a nice breeze through the cockpit.

It will reinvigorate your love of flying.
Especially for those pilots who love to learn new skills or experience something new, learning to fly a helicopter will reinvigorate your love of aviation. Because it’s a new category of flying you will learn far more than would be the case on a weekend seaplane rating, or even adding on a multiengine rating. It involves learning new regulations, new procedures, new aerodynamics, new systems, and obviously, new aircraft. Communications, navigation, and airport operations will transfer, but that’s pretty much it. Otherwise, almost everything you experience in training will feel new, and bring back that new student excitement, nervousness, and joy.

It’s like going home again, and that is a priceless feeling. 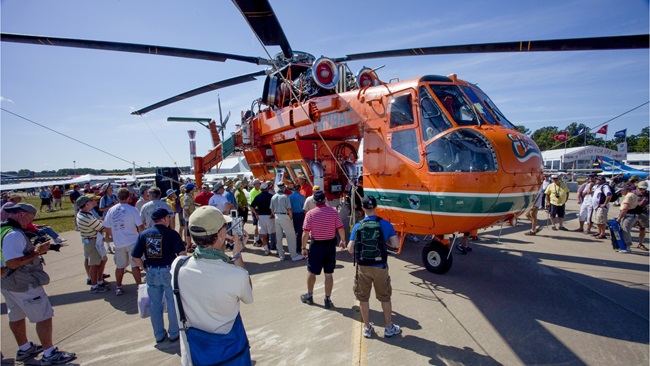 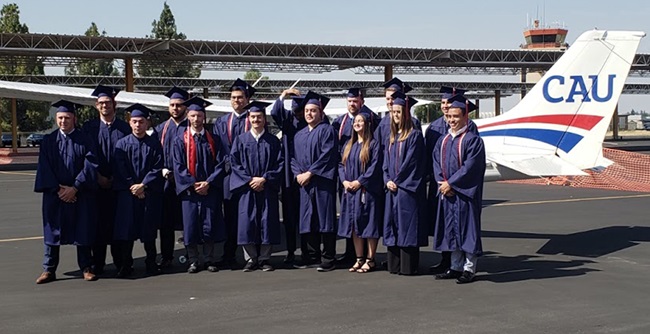 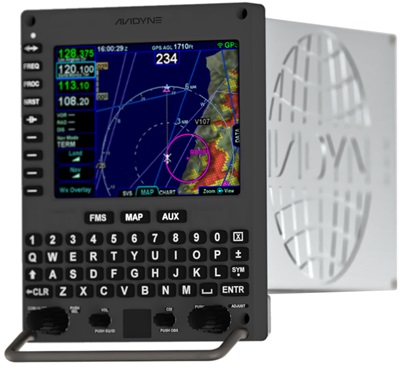