Get the app Get the app
Already a member? Please login below for an enhanced experience. Not a member? Join today
News & Media From the editor: The ends of the spectrum

Booms, busts, and the future of general aviation

It certainly seems as though the two latest bright, shiny objects in general aviation—supersonic bizjets and eVTOLs—have become just one. 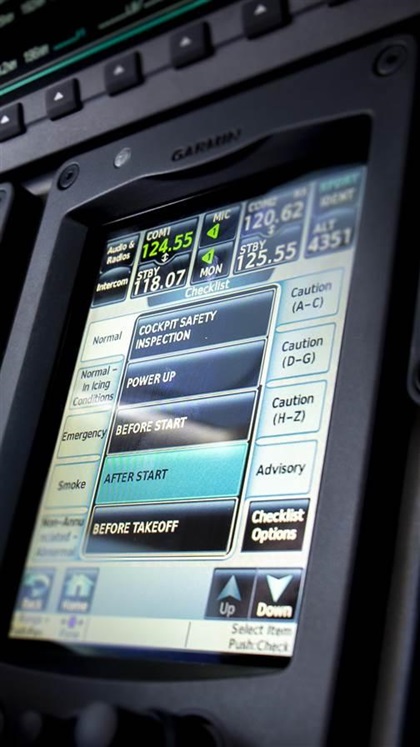 A Garmin G3000 display shows off electronic checklist options in an Embraer Phenom 100EV’s Prodigy Touch avionics suite. One tap on the screen and you’re led through all the procedural steps.

In May, erstwhile supersonic business jet (SSBJ) builder Aerion announced that it was calling off its AS2 project. This, even though the company has some 90 orders worth $11.2 billion. Aerion bought acreage on the Melbourne Orlando International Airport and was set to build a $375 million manufacturing plant. The company said it would hire 675 employees. The AS2’s first flight was set for 2024. Then suddenly, Aerion said it couldn’t obtain another round of funding.

Evidently, partners Boeing, GE, and Spirit AeroSystems wouldn’t reup their ante. Neither would Robert Bass, a Texas billionaire and former Aerion chairman of the board. Boeing’s reluctance has been blamed on the COVID-19 pandemic and the 737 Max’s difficulties.

Funding at the extreme other end of the general aviation spectrum—eVTOLs—seems to be easier to come by. The field is nothing but startups, but it attracts funding like no tomorrow. Volocopter, a company known for its design with multiple rotors in a circular array, has raised $150 million for its VoloCity urban shuttle. Lilium, a company that makes a “jet” with 36 electric mini-engines, has its sights set on developing a commuter service in Florida. It raised $375 million. Archer, another startup, expects to raise a cool $1.1 billion for its 12-engine, winged design—which has secured orders from United Airlines. California-based Joby Aviation raised $1.5 billion for its S4 “tiltprop” eVTOL. China’s EHang went public with an initial public offering in 2019 that raised $5 billion in capital. And the list goes on.

“Reverse mergers,” in which a special purpose acquisition company (SPAC) merges with an already-public company, account for much of this new investment. SPACs are companies created for the purpose of finding investors for a specific project. The reverse-merger term refers to a strategy whereby a private company—here, the SPAC—takes a majority stake in a company listed on a stock market. Usually, it’s the listed company that acquires private companies. Many consider this a sketchy way of raising money.

That’s because IPOs have to undergo regulatory scrutiny before their stock can be listed on a stock exchange. SPACs don’t—even though they end up in control. It’s a way for the unscrupulous and secretive to raise money without any oversight. There’s enough of that already.

It’s tempting to say that bringing an SSBJ to market is more daring than fielding fleets of eVTOLs. Both are risky ventures. But with supersonic flight there are many precedents. With eVTOLs, public acceptance is an unknown, battery technology is limiting, noise levels have been underplayed, and certification standards have yet to be finalized. So which venture has more risk? And you have to ask yourself: Where’s all that money really going?